Last week Princess Eugenie announced her first pregnancy and people are excited for the arrival of a new royal baby. Such announcements tend to inspire future parents when it comes to name selections. While some like to show their love for the royal family by choosing names like Elizabeth and Charles, some take it another step further. 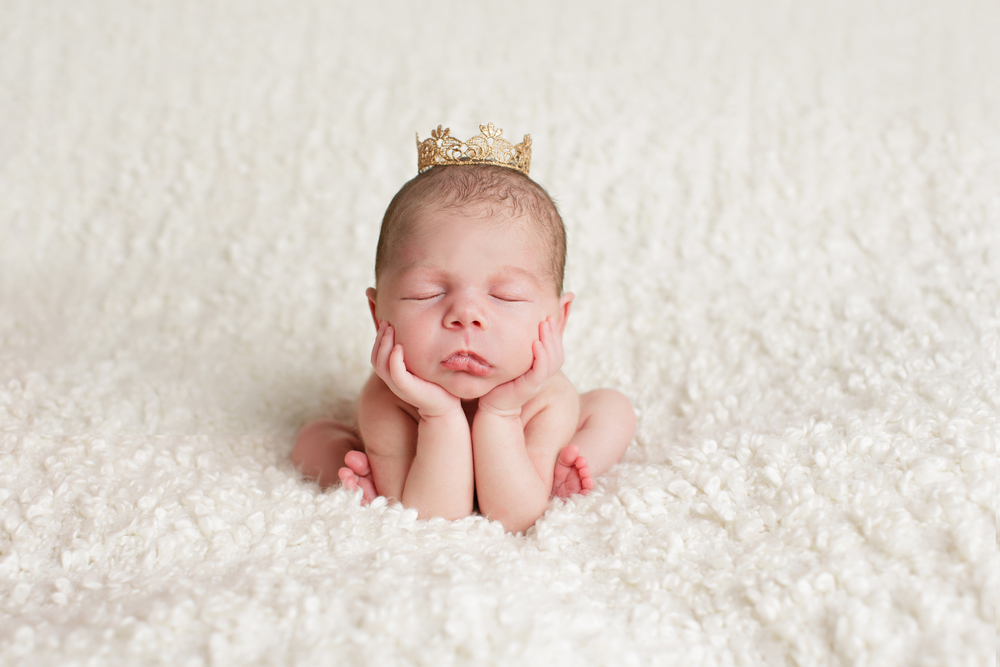 With that in mind, Gigacalculator.com sought to find out which are the most and least popular royal inspired baby names of 2020. They gathered a list of baby names with regal connotations, which were then looked up on the baby name website Nameberry.com, to see how the popularity of each name has increased or decreased in 2020. 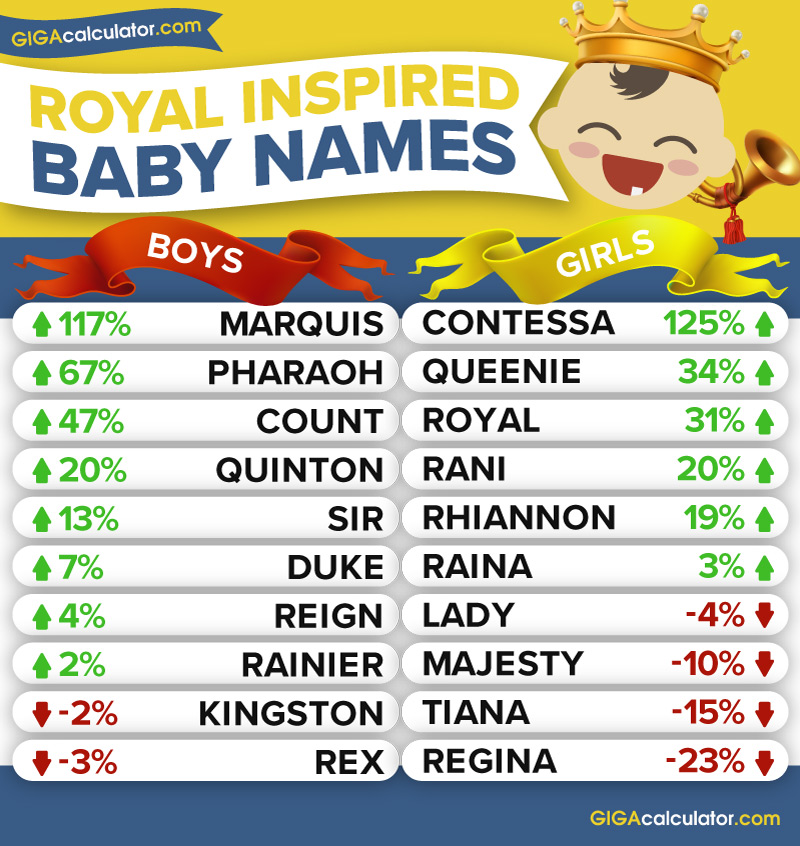 While Meghan and Kate are great choices when looking for a royally-themed moniker, the number of people searching for “unusual names” has spiked by 64% in the last year according to Google trends. Based on this, it is not surprising that Contessa is the most sought after royal inspired name for girls, with a spike in numbers of 125%. In second place is the name Queenie with an increase of 34% in the last year.

If you are expecting a little prince, the most sought after royal inspired baby name for boys is Marquis, which spiked 117% from last year. The name Pharaoh saw a 67% spike in the number of parents choosing this name for their sons.

What Are the Most Popular Gender-Neutral Baby Names Across the U.S.?

These Are the Most Popular Baby Names of the Decade