Just as winter is the season of Oscar hopefuls, the dog days belong to big-budget popcorn fare – star-studded comedies, explosive adventures and comic-book crusaders bent on saving humanity from imminent destruction. This June will be no different, with a strong crop of contenders mining for box-office gold, including:

Super 8 (June 10)
Starring: Elle Fanning, Kyle Chandler, Riley Griffiths, Joel Courtney
Calling the shots: J. J. Abrams
The skinny: Could Super 8 be this year’s Avatar? History says it’s unlikely – it’s not every day that a new all-time box-office champion is crowned – but with Abrams (Star Trek) directing and Steven Spielberg producing, the sky would seem to be the limit for this story of an alien disturbance in small-town Ohio.
Not Yet Rated

Green Lantern (June 17)
Starring: Ryan Reynolds, Blake Lively, Peter Sarsgaard, Tim Robbins
Calling the shots: Martin Campbell
The skinny: Was Reynolds physically ready to raise the Lantern? “I’m not 19 anymore,” says the Canadian-born star, 34. “But I did six months of gymnastics training. You can’t tell on TV, but most gymnasts aren’t 6’2”, as I am. It’s hard doing standing backflips if you’re taller than 5’7”.” Was he ever a fan of DC comics? “I was a Star Wars kid,” he admits. “But I read a lot of the comic books. I’d be kind of a [jerk] if I didn’t.”
Rated PG-13

Cars 2 (June 24)
Starring: Owen Wilson, Larry the Cable Guy, Michael Caine, Emily Mortimer
Calling the shots: Pixar and Walt Disney Animation chief John Lasseter
The skinny: As always, Pixar plans to raise the bar with its sequel to the 2006 fantasy about hotshot speedster Lightning McQueen (Wilson) and his oft-befuddled sidekick Mater (Larry the Cable Guy). “This is the most complicated film we’ve ever made,” Lasseter says of the movie’s backdrops and visual effects. “We can’t go on location and take photographs. Everything you see has been thought of, designed, modeled, shaded – it’s a ton of work, always in the name of story, because at Pixar, story is king.”
Not Yet Rated

Bad Teacher (June 24)
The jokers: Cameron Diaz, Justin Timberlake, Jason Segel, Lucy Punch
Calling the shots: Jake Kasdan
The skinny: Kasdan, who directed five episodes of TV’s dearly departed Freaks and Geeks, reunites with Segel for this offbeat farce about a foul-mouthed, hard-partying teacher (Diaz) reaching the end of her rope, indifferent to her seventh-grade students and warring with a popular colleague (Punch, of Dinner with Schmucks).
Rated R

A Better Life (June 24)
Starring: Demián Bichir, José Julián
Calling the shots: Chris Weitz
The skinny: Despite its modest budget, Weitz (Twilight: New Moon) insists Life is his biggest film to date, and certainly his most personal. Here, the director, who is one-quarter Mexican, tells the story of a Latino gardener (Bichir, of TV’s Weeds) fighting to avoid deportation and to shield his son from the rough-and-tumble gangs of Los Angeles.
Rated PG-13

Conan O’Brien Can’t Stop (June 24 )
Starring: Conan O’Brien, Andy Richter, Stephen Colbert, Jon Stewart
Calling the shots: Leprechaun 2 director Rodman Flender
The skinny: By now, the details of O’Brien’s messy divorce from NBC are familiar to all but the most sheltered viewers. Here, Flender wisely concentrates on the less-publicized aftermath: the temporarily unemployed talk-show host’s “Legally Prohibited from Being Funny on Television” tour, his ongoing bouts with physical and emotional exhaustion, and the rage he reserved for the erstwhile colleagues who engineered his departure from The Tonight Show.
Not Yet Rated

18 Holiday Theater & Musical Performances You Can Enjoy on Your Couch

26 Incredibly Unique Overnight Stays That Are Anything but Boring 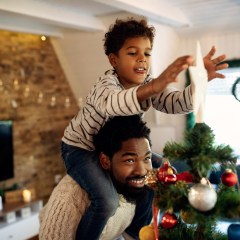 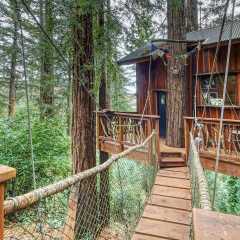 17 Spots for Your Next Airbnb Stay Near the Bay Area 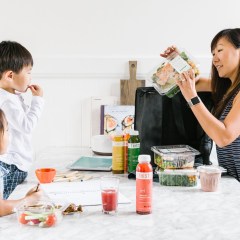