Why not take a break from the world of Dr. Seuss and enjoy some grown-up books for a change. Here is a round up of some literary events happening in and around the city that might intrigue you! Here’s what our friends at 7×7 found:

After the success of his memoir The Tender Bar, Moehringer (left) disappeared from the literary scene in order to help Andre Agassi pen his own memoir, the highly-praised Open. Now he’s returned with his first novel, a fictional take on real-life bank robber Willie Sutton, who stole tens of thousands of dollars without ever firing a shot, and became a hero to many in the Depression. After evading capture and escaping from prison numerous times, Sutton finally lands in jail, but receives a surprise pardon on Christmas Eve of 1969– and immediately sets out in search of his first love and first accomplice, who he’s been pining for throughout the years.

Black is best known as an actor, member of the comedy troupes The State and Stella, and screenwriter, but his memoir enters some surprisingly dark territory without sacrificing humor. In exploring the difficulties of being raised by a lesbian mom, dealing with a newborn, and using Santa Claus as “bad cop” to get his kids to behave, Black’s writing is refreshingly honest and bleakly comic at the same time.

Don’t worry, that’s not all. For more click here! 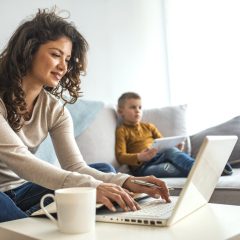