If you have school-aged children, then you’ve inevitably spent some time cutting those small rectangles off the tops of your cereal boxes to help raise money for your school. But is that actually doing more harm than good? According to experts those rewards programs could be leading to poor health decisions for kids. 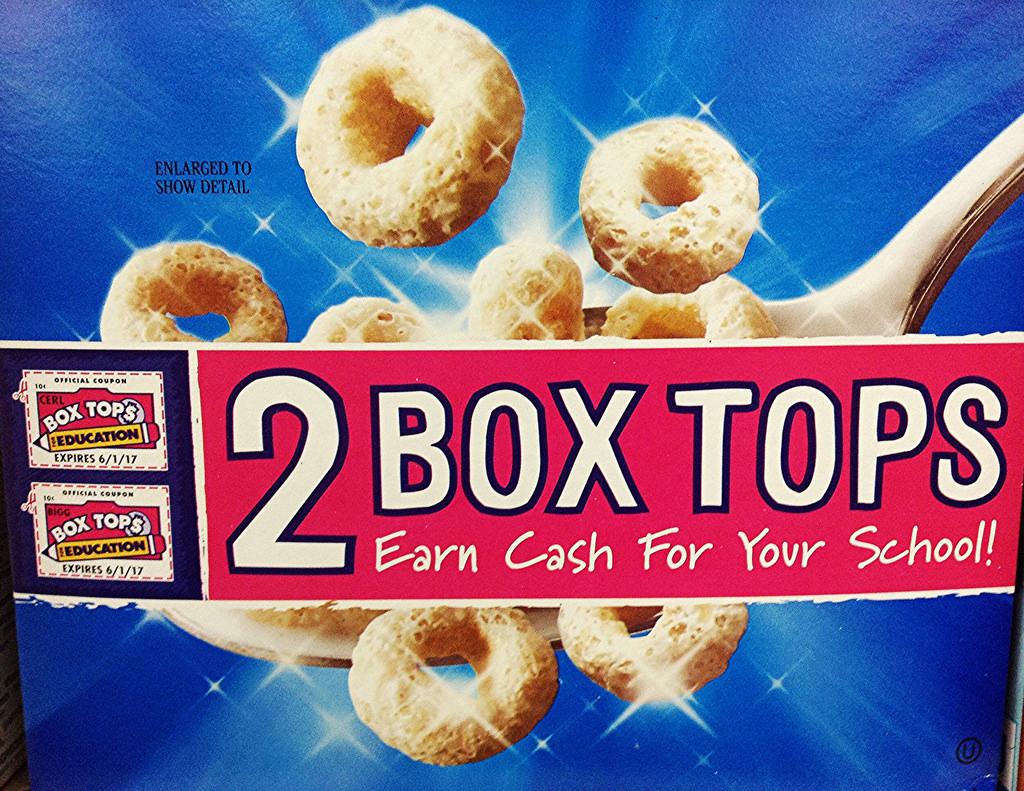 Recently, one popular food reward program, Labels For Education, ended after over 40 years due to a decline in participation. Despite helping to raise funds for schools across the country, health experts were happy to see the program go, according to the Chicago Tribune. The experts argue that programs like Labels For Education and General Mills’ Box Tops for Education, which give schools money and supplies, are in fact promoting bad eating habits. “It’s just another form of junk-food marketing to kids,” Colin Schwartz, a senior nutrition policy associate at the Center for Science in the Public Interest told the Chicago Tribune. “We’re glad to see Campbell’s ending its program, and we’re calling on other companies to take the same step.”

Look for 5 Bonus Box Tops on more than 100 products, while supplies last, only at @Walmart. http://t.co/sfeJMNWkLa pic.twitter.com/v1f3FyJRte

The Labels For Education program, which was run by Campbells included labels on several items like crackers and cookies that could be considered junk food. Similarly, the Box Tops for Education program includes many sugar-filled breakfast cereals and snacks targeted to kids. Schools promote the programs in order to help raise funds and the packaging is clearly labeled with the program it promotes to encourage families to purchase these items that experts deem not only unhealthy, but substandard to the nutritional requirements of schools. Researchers at Harvard University’s Chan School of Public Health and MassGeneral Hospital for Children found that two-thirds of the Box Tops products don’t even meet federal nutrition requirements for sale in schools.

The companies behind these reward programs argue that the products are not marketed towards kids, but rather adults who make the buying decisions for households. In other words, it’s up to parents to make their own choices.

Does your school participate in these reward programs? Share your thoughts on these reecent health concerns in the comments below.