Science Has Found the Secret to Ending Tantrums, and You Can Totally Handle It 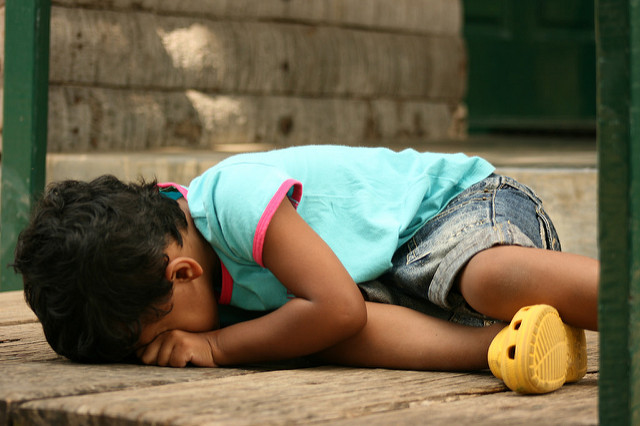 Got a case of the terrible twos (or threes) blues? Scientists have finally figured out why those toddler tantrums feel as if you’re in the middle of a hurricane — and what you can do to survive the storm.

Researchers at the University of Minnesota studied more than 100 tantrums by recording the sounds toddlers made using wearable technology (and you thought your Fitbit was cool!). Through the data they collected, the researchers put an end to the long-held belief that tantrums start with anger and end in sadness. In fact, the two emotions actually occur simultaneously.

Because anger tends to dissipate more quickly than sadness, the way out of tantrum hell involves tending to the sadness instead of the anger. The researchers came up with the best way to combat tantrums, which you can totally handle: hugs.

So the next time your toddler freaks out because you sliced his sandwich the wrong way, instead of responding to the explosion of fury, ignore those tiny clenched fists pounding on the floor, and wait for the tears to roll, signaling the start of the sadness. Then move in for a well-timed hug. Ignoring the kicking and screaming is easier said than done, but when it comes to the terrible twos, anything is worth a try.

Red Tricycle > Uncategorized > Science Has Found the Secret to Ending Tantrums, and You Can Totally Handle It