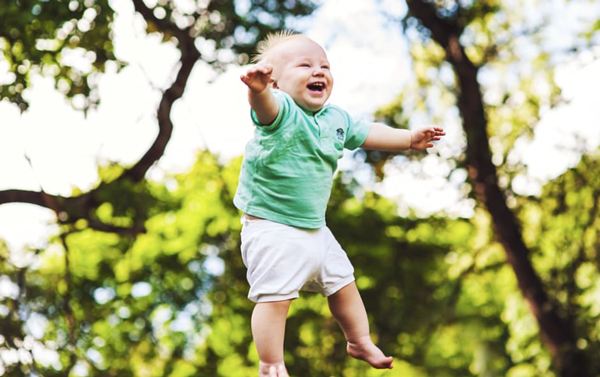 There’s really no greater sound than a baby’s laughter — except maybe the sound of silence during nap time. Sometimes your little lovebug is hard to please, but now you can easily turn that frown upside down thanks to science (and ‪Imogen Heap). Read on to discover the song that will make your baby one happy camper.

Baby laughter expert (yes, that’s a real thing!), Caspar Addyman, and music psychologist, Lauren Stewart, teamed up to create a song scientifically shown to make babies happy. Using data that already existed on sounds and music for babies, the team determined the perfect components to the happy song, like making it uptempo and using a female voice. The team recruited Grammy Award winning singer/ songwriter ‪Imogen Heap to record four different melodies, which were then tested on real babies. The results were pretty clear when 20 out of the 26 babies responded overwhelmingly to one of the tunes.

Heap went back to the studio to turn the short melody into a full-length song, adding sounds that made babies happy and lyrics that parents would enjoy too. When the completed Happy Song was given a final test to a room full of 20 babies, it was met with unanimous approval (aka, entranced, happy babies!). Not the most scientific measurement Addyman admits, but the proof is in the baby smiles.

Listen to the song in the video and test it out on your own baby. Does it fill your little one with joy? Share in the comments!