It’s Back! A Christmas Story You Gotta See

If visions of Red Ryder BB guns, Bumpass hounds, and leg lamps glowing in the window dance through your Christmas dreams, then we’ve got the inside scoop on a ticket your whole fam will love. A Christmas Story, The Musical is back in town and it’s a pitch perfect translation of the much-loved movie into a musical romp. Complete with pink bunny PJs, Higbee’s Santa and even (gasp!) Scut Farkus, this A+++ (you get the idea) production is holiday must-see. 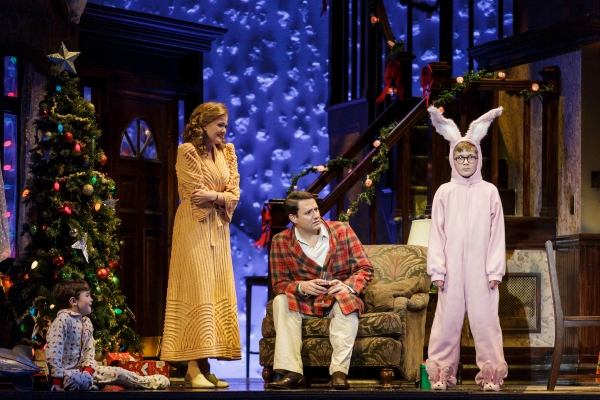 Home for the Holidays
A Christmas Story, The Musical’s Emerald City connection makes it all the merrier during the holidays. It was developed by the 5th Avenue Theatre’s creative team back in 2010, and has since made its way onto theaters across the country, even spending some time on Broadway (and garnering three Tony award nominations in the process!) in 2012 and 2013. Lucky for us, this musical spectacular has made its way back home for the holidays, so new fans can experience this spirited production!

The talented cast can also claim the hometown advantage. Local actors (and real-life husband and wife) Dane Stokinger and Jessica Skerritt play the Old Man and Mom, while Mark Jeffrey James Webber (a local 8th grader) portrays Ralphie like a pro, and Brandon Oke (a fourth grader from Everett) takes on the role of his little brother Randy. Yet another reason to heart Seattle.

Same Story, Different Tune
This musical version of Ralphie’s saga doesn’t miss a beat when it comes to the humor, classic lines and scenes of the original 1983 movie. From eating like a little piggy to that “Oh, f-u-d-g-e!” moment, it’s all in there. Even the Bumpass hounds make an appearance (or three) chasing the Old Man across stage. But the catchy tunes and group dance numbers often take center stage in this production, with good reason. They’re so much fun! Plus, they fit seamlessly into the well-known story, which makes it easy for kiddos familiar with the movie to follow along. Bravo!

Big Love for the Littles
One part of the production with absolute kid-appeal is the many child actors (with roles big and small) weaved throughout the musical. Because what’s more fun for kids than watching other kids having an absolute blast! And that’s exactly what they’ll see in this larger-than-life show. It’s no surprise that Ralphie, with his fantastic daydreams and well-intentioned schemes, takes center stage. But the creative minds behind this musical thoughtfully cast a chorus of kids to back him up as well. They pop up here and there, infusing silly antics and general kid humor into the production. And each big musical number features these tiny dancers (and singers and actors), so they’re more than just a footnote. What a talented bunch! 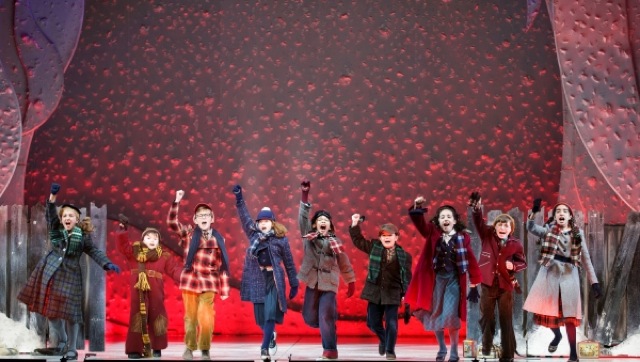 Good to Know
1. Little theatergoers can get a boost so they won’t miss any of the show. Just grab a cushion on your way into the theater to catch all of the magic on stage.

2. Be sure to check out the Christmas Story selfie stations set up around the theatre during intermission. Snap a pic, then post it so everyone can revel in your bunny PJ glory!

3. This is a full-length show that caps out at around two hours and thirty minutes (including intermission). Weekend matinees are a great choice for the younger set, if they need to be in bed early. Or call a holiday audible and let them stay up past bedtime for an evening show.

4. Kids 4 and under (including babes in arms) won’t be admitted. Babysitter for little sibs? Or even a date night possibility? Works for us! 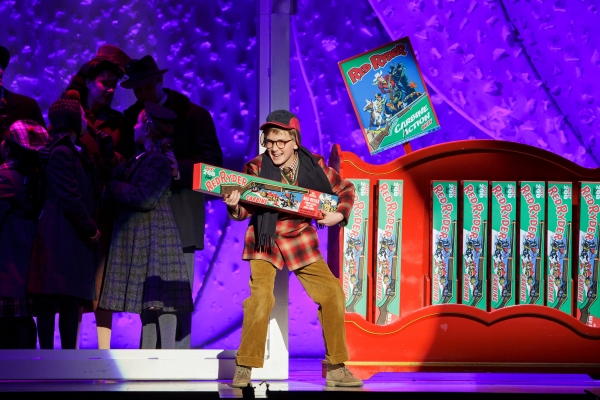 Do you plan to take the kids to see A Christmas Story, The Musical? Have you already been? Tell us about your experience in a comment below!