We’re back with another fabulous article by Seattle Magazine. This one’s all about the little guy, the little guy who packs a big punch. That’s right! Microbreweries. And the Seattle area has tons of them. Most of these places not only have unique and tasty beers on tap, but also some adult date-night worthy food. Check out the descriptions below and start penciling in an evening out for an adventure with ambiance included.

By official definition, a microbrewery produces less than 465,000 gallons of beer per year. Around here, we simply think of a microbrewery as one of our local breweries producing delicious beers. Even the largest local microbreweries, such as Redhook in Woodinville, produce a minuscule amount of beer compared to the nationally recognized brands. The smallest microbreweries (often referred to as nanobreweries) operate out of studio-size spaces, selling beer one-half gallon at a time. Some microbreweries produce beer exclusively for their own pubs. Some beers that are wildly popular around Seattle, such as Manny’s Pale Ale, are unknown in distant lands like Portland, Oregon. While they come in all shapes and sizes, microbreweries make the good stuff.

Step inside the Raven’s Nest, the taproom at Black Raven Brewing Company in Redmond, and let the beer and the ambiance cast their spell. Surrounded by muted tones and dark, rich wood, you will soon forget that you are in a boring Redmond business park. Leave the kids at home: no minors allowed. Order some pizza or pasta, delivered by nearby Flying Saucer Pizza, and wash it down with a Tamerlane Brown Porter or Trickster IPA.

Black Raven was opened in 2009 by Robert “Beaux” Bowman, who honed his brewing skills at Mac & Jack’s Brewing, the now-defunct Far West Ireland Brewing and a few other local breweries. Black Raven immediately needed to expand because of the instantaneous popularity of its beers and tasting room. A new, larger brewery is being planned for Redmond, but the Raven’s Nest will remain at its current location, where there are plans to add a barrel room as well.

While the regular lineup of beers pleases the palate, the select beers that Black Raven barrel-ages (conditioning the beer in repurposed wine and whiskey barrels adds richness and complexity) are especially popular. In two short years, the brewery has earned an almost cult-like following. On occasion, you will find Black Raven’s beers on tap at bars around the Seattle area, but visit the Raven’s Nest to enjoy the full spectrum of what this brewery offers. Plans to bottle the beer are still in the works.

Naked City Brewery and Taphouse
Beers of every genre
Greenwood

Not many people ask, but the name comes from a 1948 award-winning film noir: The Naked City. That explains the televisions playing classic movies with the volume turned down. Ask one of the beer-savvy bartenders to recommend a beer to go with Gone with the Wind, or contemplate which sandwich to pair with Citizen Kane. Most patrons hardly notice the televisions: The focus here is on beer and food.

Donald Averill, one of the owners, can often be found delivering beers to thirsty patrons, while his business partner, Don Webb, is most often found manning the brewery. Named after the movie character immortalized by Jeff Bridges, the Big Lebrewski is a rich and complex imperial stout beloved by local beer enthusiasts. Dinner hour attracts its share of young families while unencumbered grownups converse late into the evening. In a neighborhood replete with dive bars, Naked City is a favorite destination for Greenwood’s well-heeled imbibers. (Perhaps it is a first stop on one of those epic nights out? There is plenty of karaoke nearby.)

Unlike most brewpubs, Naked City complements its own creations with beers from other breweries. At least half of the 24 taps are dedicated to a rotating selection of thoughtfully selected guest beers, primarily from the western United States. Naked City began pouring beer in 2008, but didn’t start brewing its own beers (generally only available in-house) until 2009.

When you think of date-night destinations, you probably don’t think of SoDo, but we think you should. A trip to the taproom at Two Beers Brewing is a lovely way to score big points with your suds-loving sweetheart. If it is not date night, you can bring the kids and even the dog.

The taproom, which is actually in the brewery, opened in 2009. You will find it a block off E Marginal Way in that part of town where SoDo transitions into Georgetown. Sidle up to the bar, share a table with other beer fans or grab a seat on the west-facing loading dock, which is a lovely way to enjoy the late-day sun when Seattle has such a thing.

Wet your whistle with one of brewmaster Joel VandenBrink’s creative masterpieces, such as the Evolutionary IPA, which is often infused with various fruits. Tease your appetite with a bowl of peanuts and then head to Georgetown for dinner since you’re in the neighborhood. Don’t be afraid of SoDo—and don’t be afraid of beers infused with things like mango, lemongrass or peach.

Matt Lincecum needed a reprieve from his hectic life as an attorney and set out to refocus his career on the things that really matter: family and beer. Realizing that the Center of the Universe needed a new brewery, he opened Fremont Brewing Company in 2009. Roll a few blocks down the street from the Fremont Troll, park the bike or baby stroller outside the Urban Beer Garden, and enter a bare-bones taproom that screams,“It’s all about the beer!”

Makeshift tables and benches fashioned from planks and kegs, along with semicircular vinyl booths rescued from the remodel of nearby Red Door, are frequently packed with locals enjoying the laid-back atmosphere and outstanding beer. We are particularly fond of the Interurban IPA, but during the winter months, look for the Abominable Winter Ale. The taproom is separated from the brewery by nothing more than a line of kegs. Toddlers with watchful parents in tow gaze wide-eyed at the brewery’s gleaming stainless steel. So do some of the parents.

Beer to go and conversational pints are the sole attraction at this comfortable neighborhood gathering spot. You are welcome to bring dinner with you or order it in from one of the local pizza places. To avoid standing in line with beer geeks toting thirsty growlers, find Fremont’s beer in pubs, bottle shops and better grocery stores around Seattle.

Check out the full article here for many more Microbreweries in the area! 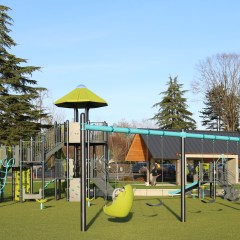 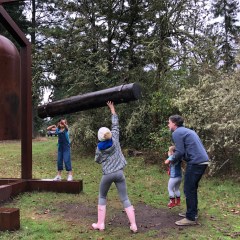