What do you get when you mix a clue sniffing wonder dog with a hilarious flock of trained chickens, an aardvark with an impossibly long tongue and a regal bald eagle? A wild and exciting animal show at Point Defiance Zoo & Aquarium. Playing this summer in the Wild Wonders Outdoor Theater, Indiana Bones and the Golden Treasure uncovers the exciting world of geocaching and citizen science through things kids love most: action, animals and adventure! 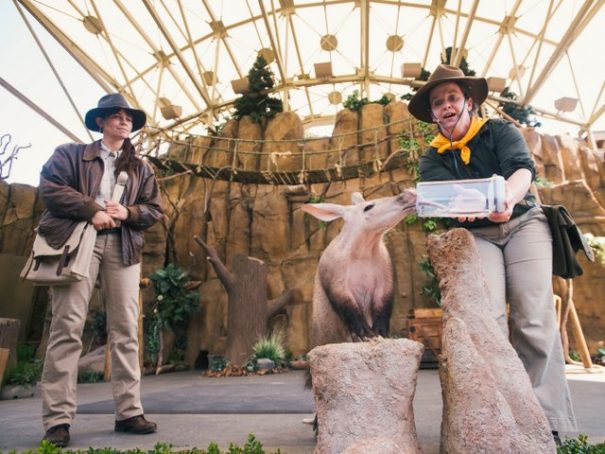 Preshow Entertainment
Kids who love being the star of the show will beg for an opportunity to participate in the preshow activities. The preshow, designed to warm up the crowd, begins daily at 11:45 a.m. and 3:15 p.m. During this time, three kid volunteers will be chosen from the audience to participate in an activity that brings zoo visitors closer to the animals and gives kids (and their grownups) a deeper understanding of them. Costumes are always on the agenda along with plenty of audience participation. And when it’s over, each participant will leave the stage with a special zoo sticker. 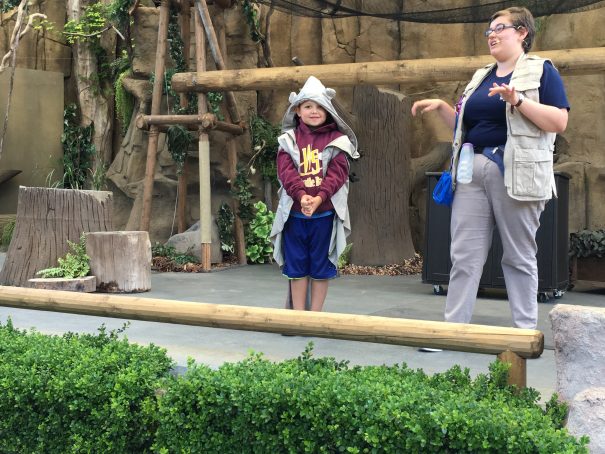 Lights, Camera, Action!
Indiana Bones and the Golden Treasure takes place on an outdoor stage, decorated to look like a forest, and stars the loveable Herald the Wonder Dog (aka Indiana Bones) as a clever sleuth who ferrets out a number of clues to lead his geocaching team to the golden treasure. Along the way, audience members are introduced to a number of zoo animals–some of them even endangered species–and watch Herald er, Dr. Indiana Bones, Barkeologist perform some pretty amazing tricks. The show is anything shy of riveting, interesting and informative and includes plenty of LOL moments, exciting music and colorful costumes, plus offers a glimpse into the fascinating world of citizen science. We won’t spoil the ending, but we will say that you and your kid crew will definitely be cheering for Dr. Bones as he makes his final attempt to locate the golden treasure from high above. 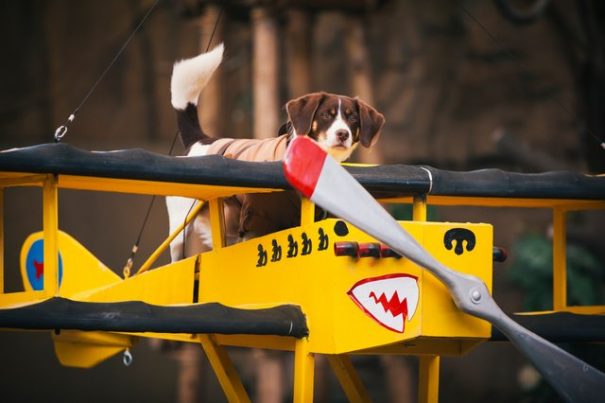 Animals, Animals and More Animals!
In addition to Herald, who was rescued from the Tacoma-Pierce County Humane Society and trained as the show’s star, the production features an array of zoo animals that show off their natural (and amazing) talents. According to senior staff biologist Maureen O’Keefe, “More than a dozen animals participate in each show, but you won’t see the same cast members in every performance.” Psst… the cast includes more than two dozen animals! O’Keefe adds, “Not only does ‘Indiana Bones’ showcase many of the zoo’s beloved animals, it gently – and in a very fun way – imparts messages about enjoying the outdoors and learning to care for the environment.” Did we mention this show was made for Pacific Northwest families? 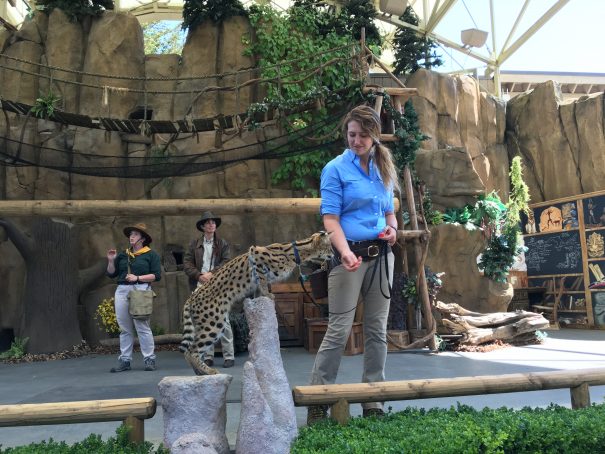 The Cast
This summer’s cast includes Walnut, a young beaver, who is new to the show and eager to demonstrate his swimming ability; Tilli, the long-snouted aardvark who sniffs out bugs and then slurps them up with her impossibly long tongue; Twiggy, the red-legged seriema from South America who will show you how he would catch a frog and then repeatedly bash it against rocks or hard ground before eating it; Orchid or Banyan, endangered juvenile clouded leopards who were born at Point Defiance Zoo last year; Sheldon, an African serval; Jasper, a beautiful Canada lynx with huge “snowshoe” feet; Thurston, a curious skunk; Tahoma, the zoo’s resident bald eagle who spreads her wings wide so members of the audience can get a great view of America’s symbol;  Siesta, the sloth who enjoys hanging upside down on her special branch; chickens with musical names like Bach and Beethoven who run across the stage and add plenty of laughter to the show; Vader, the amazing raven who finds a clue to the treasure; Whitie, an Indian crested porcupine; Scooter, the three-banded armadillo; Jumbo Jet, an endangered radiated tortoise, Rowdy, the coati.; Nigel, the coendou, who sniffs around like crazy with his soft pink nose; Clark, a king vulture and rats! Yes, there are even rates in this wild and wacky show! 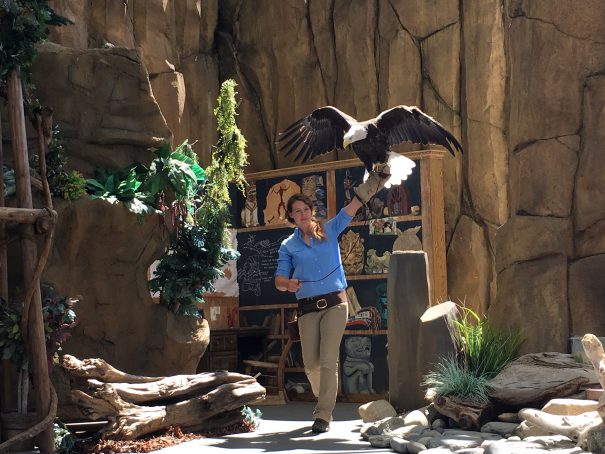 1. Seats are first come, first serve. Arrive early to get the best seat.

2. Food and drinks are allowed in the theater. However, to keep the animals from becoming distracted, audience members sitting in rows 1-4 will need to pack away all food and drinks during the show.

3. Stroller parking is available at the top of the theater.

4. The theater is handicap accessible. ADA seating is available in the first row.

5. Low-flying birds will skim right over audience members’ heads. But don’t worry, they won’t land on you.

6. After the show, everyone is encouraged to donate small amounts of money to the zoo. In exchange, you will get to meet Indiana Bones (aka Herald the Wonder Dog). Don’t forget your camera or iPhone!

7. The show is 30 minutes long. If you’ve got wiggly ones, skip the preshow (which starts 15 minutes before the show) and sit in the top rows.

8. The outdoor theater is covered which means the daily shows take place rain or shine. 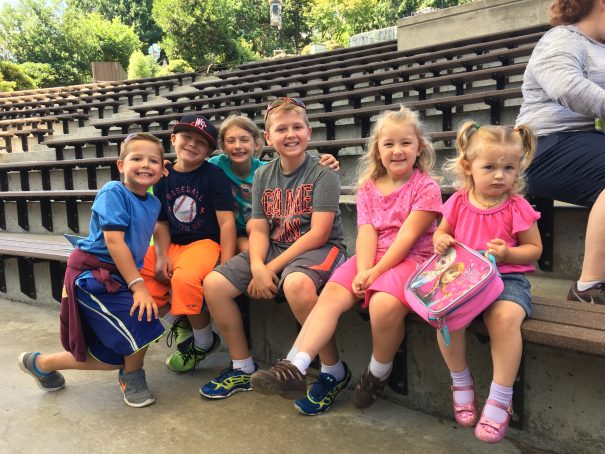 Have your seen Indiana Bones and the Golden Treasure? What was your family’s favorite part? Tell us in the Comments below! 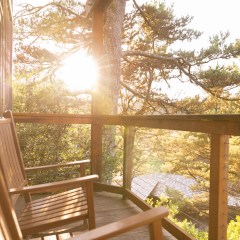