James and the Giant Peach: A Must-See Show for Little Theatregoers

There are plenty of reasons taking the kiddos to see live theater is better than a movie. The actors interact and react to the audience. Nothing virtual here. The staging and costuming breathe life in 3 dimensions. Way cooler than CGI. Plus, no sticky floor! Add in a Roald Dahl classic and you’ve got every reason to attend the theater this season. So grab the minis and get your tickets for Seattle Children’s Theater’s unforgettable production of James and the Giant Peach. Bravo! The Story
It’s a story we’ve all heard before. Boy orphaned in freak rhino accident. Boy adopted by greedy aunts. Boy grows magical giant peach (complete with life-sized critters) and goes on an adventure. Okay. So maybe it’s not the typical boy meets peach story, but it’s standard operating procedure in the world of Roald Dahl. And this fantastic adaptation of his work pays perfect homage to his creative, imaginative mind. The music, the costuming, the acting combine to create an over-the-top adventure that appeals to both bigger kiddos and their parents. Like all great stories, Timothy Allen McDonald’s play, under the artistic direction of Linda Hartzel, delves into universally understood themes, such as the nature of family, friendship and trust. And it’s the examination of these ideas that draws the audience (young and old) into the magical story. With wide-eyed abandon, the youngest bunch will wonder just what it means to be a family, as they watch James struggle to figure out the answer to this same puzzling, though-provoking question. From greedy aunts who see James as a way to make a buck, to life-sized insect friends, one of whom wants to eat him, the realizations that James comes to are as heart-warming as they are true. Family are people who love you and are kind to you. But that’s not to say that the play is all rainbows and fairy dust and puppy kisses. Those who are familiar with the book know it flirts with some darker themes. And the play follows suit. It’s billed with “edgy undertones” and this shouldn’t be ignored. James’s parents die in a freak accident, and although outrageous and improbable, the subject matter is still mature. And then there are the aunts, who treat James so horribly you might find yourself cringing when they’re on stage. And then laughing a little bit too, because these ladies are a comic duo akin to Tina Fey and Amy Poehler (or whatever the cruel, slapstick version of them is), and their humor is aimed right at the adults in the audience. Bullseye! But in the end, the aunts get what they deserve, and James finds family among the oversized insects he’s friended on his journey. So all’s right with the world. The Bells and Whistles
There’s something about an orchestra that really adds depth to the whole live theater experience. And this small band of musicians that accompany James on his journey is no exception. The kiddos will be humming along to the catchy songs peppered throughout the play. And fair warning, we think you might find yourself engaging in a little toe-tapping, too. Because the upbeat score just makes you want to move. Who needs THX surround sound when you’ve got your own clarinet, piano and upright bass? Then there are the costumes, which are nothing short of fab-u-lous! Colorful, creative and eye-catching, they could be characters themselves. Psst… We’ve heard rumor that some of the fabrics used came from the famed Mood shop in New York City. Tim Gunn would so approve of these fantastic creations!

After the Show
One of the totally awesome aspects of seeing a play at the Seattle Children’s Theater is their commitment to involving their audience, especially the youngest theatergoers, in the experience. Talk about interactive! Many of the show times are followed by a short Q&A where curious minis can pose their often hilarious questions to the actors. You definitely can’t do that at the movies. And these actors just shine when it comes to sharing their love (of the theater) with their audience. Encore, encore! Good To Know
1) Seattle Center is busy, busy, busy during the Christmas season, so bear that in mind when picking your date. Consider taking the bus downtown and then make a day of it. With lunch, shopping and museums surrounding you, there’s plenty to do pre or post-show!

2) The run time of the play is close to two hours with a brief intermission just past the halfway point. Kiddos on the younger side will probably do well during the daytime shows.

3) Pre-order a snack when you get there and they’ll have it waiting for you during intermission. No lines, no fuss makes this one a no-brainer.

4) If your kiddo needs a little break or has tons of questions that just can’t wait, no worries. Just head to the quiet room in the back of the theater. There the minis can ask away without missing a beat and without causing a disruption.

Do you plan to take the family to see James and The Giant Peach? Share your experience with us in a comment below.

Photos thanks to: Chris Bennion

Red Tricycle > Things to Do > Indoor Fun > James and the Giant Peach: A Must-See Show for Little Theatregoers 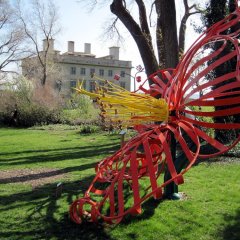 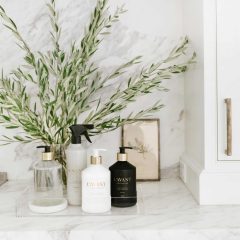 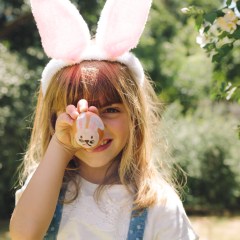