Seattle has long been blessed with excellent gourmet and specialty food grocers: Big John’s PFI for Italian pastas and its terrific cheese counter; Uwajimaya, our first stop for obscure ingredients, from pomelo to gobo root. Then there’s Pike Place Market, home to DeLaurenti, El Mercado Latino, La Buona Tavola, The Spanish Table, Bavarian Meatsand the oft-overlooked Pear Delicatessen. But the recent resurgence in home cooking has ushered in a new era of heightened awareness about what we’re eating, where it comes from and whether it’s sustainably or artisanally produced. Demand, meet Supply. The latest wave of gourmet grocers caters to the ever-growing number of food obsessives who can name-drop their favorite ham producers (domestic and foreign) and are picky about the particular olive oil they drizzle on their heirloom tomatoes. So we shopped around and found Seattle’s best places for culinary inspiration. PANE D’AMORE
BAINBRIDGE ISLAND, SEQUIM, PORT TOWNSEND
Rye, oat, fig anise and Grandma’s White Pan: These are just a few of the dozens of types of breads that line the shelves at Pane d’Amore. Many consider Linda Yakush and the late Frank D’Amore’s bakery just that: a place to pick up a crusty loaf of sour white or a spot to catch up with friends. But the three shops (the first opened in Port Townsend in 2003, Sequim in 2009 and Bainbridge in 2010; Frank’s son, Gabe D’Amore, is now head baker) offer much more: chicken and duck eggs from Finnriver Farm in Washington’s Chimacum Valley, Morganics Jams & Jellies (based in Port Townsend), a wide variety of specialty mustards, salts and flavored oils, as well as hyperlocal produce and wine.

Find out the rest of Seattle’s Speciality Grocers over at Seattle Magazine. 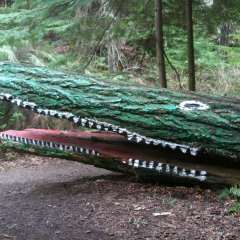 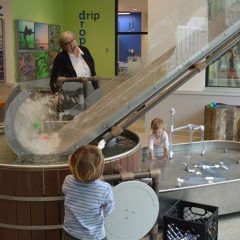 Welcome Back! The 411 on What’s Re-opening Now