Just beyond the entrance of this unassuming building in Ballard, your life as you know it, is about to change. In less than an hour, this venue will allow you to travel to space, risk your life walking the plank high above a busy city, get lost in a snow storm and finish off a few zombies in an old mine shaft. While this scenario isn’t a dream, it isn’t completely reality either. It’s a virtual reality! Read on for the inside scoop on the new VR arcade to hit Seattle. 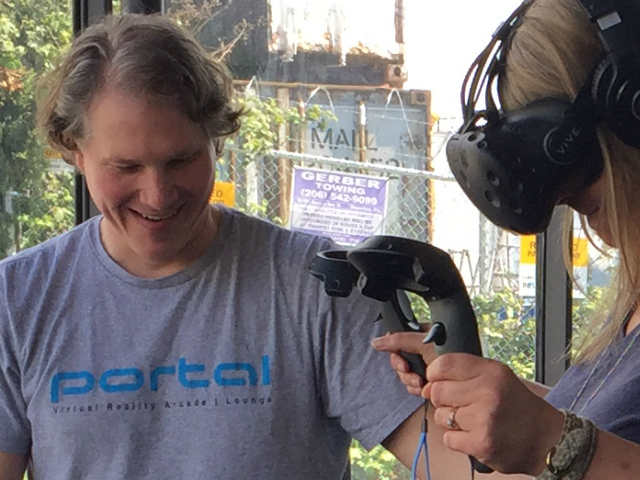 Welcome to the New Reality
Tim Harader opened his VR arcade, Portal, on April 1st of this year which showcases his talents. Harader has a background in software development and construction which might sound like an odd combination, but it came in handy when he created this new entertainment center with multiple booths and a lounge. Each booth comes equipped with a variety of VR games all set within different worlds just waiting to be explored.

Guests are fitted with a helmet-like device that covers their eyes, headphones and two controllers for their hands. (Psst… the helmet is tight-fitting and doesn’t let any light in.) And what one sees is not a picture, but a 360-degree environment. If you turn around, the setting does not, but the surround sound adds to the illusion. For safety, each booth has padded walls which is a welcoming sight for parents. Harader would like to push the experience even a bit further by combining environments where physical and virtual realities intersect. And one of Portal’s headlining attractions, Richie’s Plank Experience, does just that. 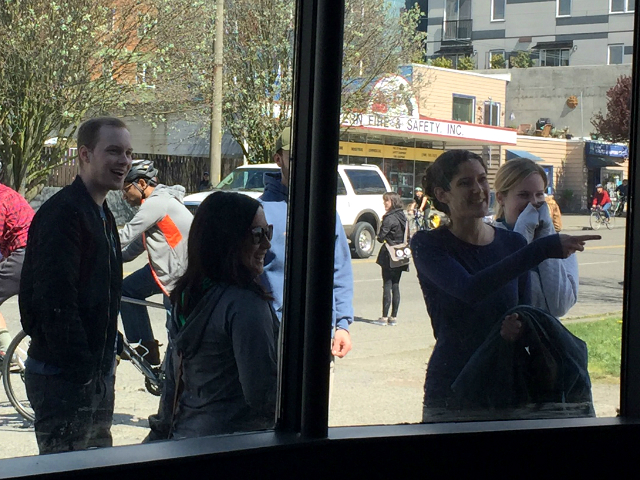 Walking the Plank
Richie’s Plank Experience is set up near the front the shop where those walking by can get a glimpse of the action. This short animated attraction feels amazingly realistic. You begin by physically stepping on a wooden platform that is only about two to four inches high. The game instructs you to take an “elevator” to the top floor where there is a wooden plank for you to step out on over busy traffic below. In the real world, there is also a real wooden plank (also about two to four inches tall) to step out onto.

The game totally plays tricks on you with competing thoughts. On one hand you know that you are totally safe while fighting feelings that you might actually die. Oh, and if you happen to tumble off the real plank (there is an employee to help that not happen) your game character will fall to the ground and you’ll hear angels and harp music signaling that you didn’t make it. 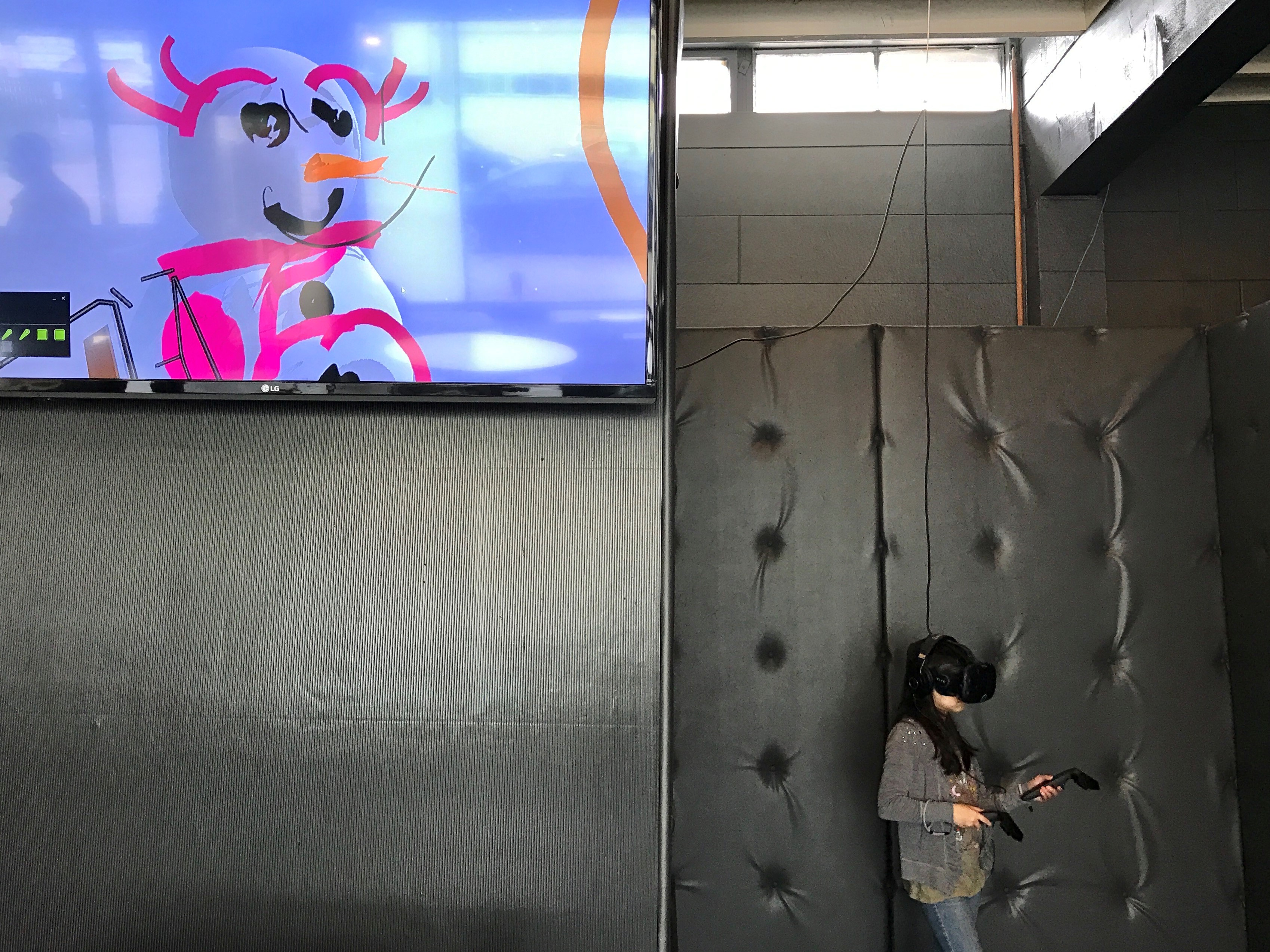 Fun for One or a Group
Like the Holodeck featured in Star Trek, Portal is equipped with games for single players who just want to get away and multiple players who want more of a party experience. One of the most popular group games is Smashbox Arena which is featured in just about every booth of the place. “It’s kinda like dodgeball or paintball,” says Harader. “It’s three on three and you are in these different miniature worlds and you pick up these balls and you throw them at each other. It’s a lot of fun and it’s a real family-friendly game. It’s just a great experience.”

Other games are considered co-ops, “meaning that the players need to cooperate together in order to obtain a goal,” says Harader. “The goal of [Elven Assassin] is to kill all of the Orks that are storming the castle.” Psst… players are able to communicate with each other through their headsets. 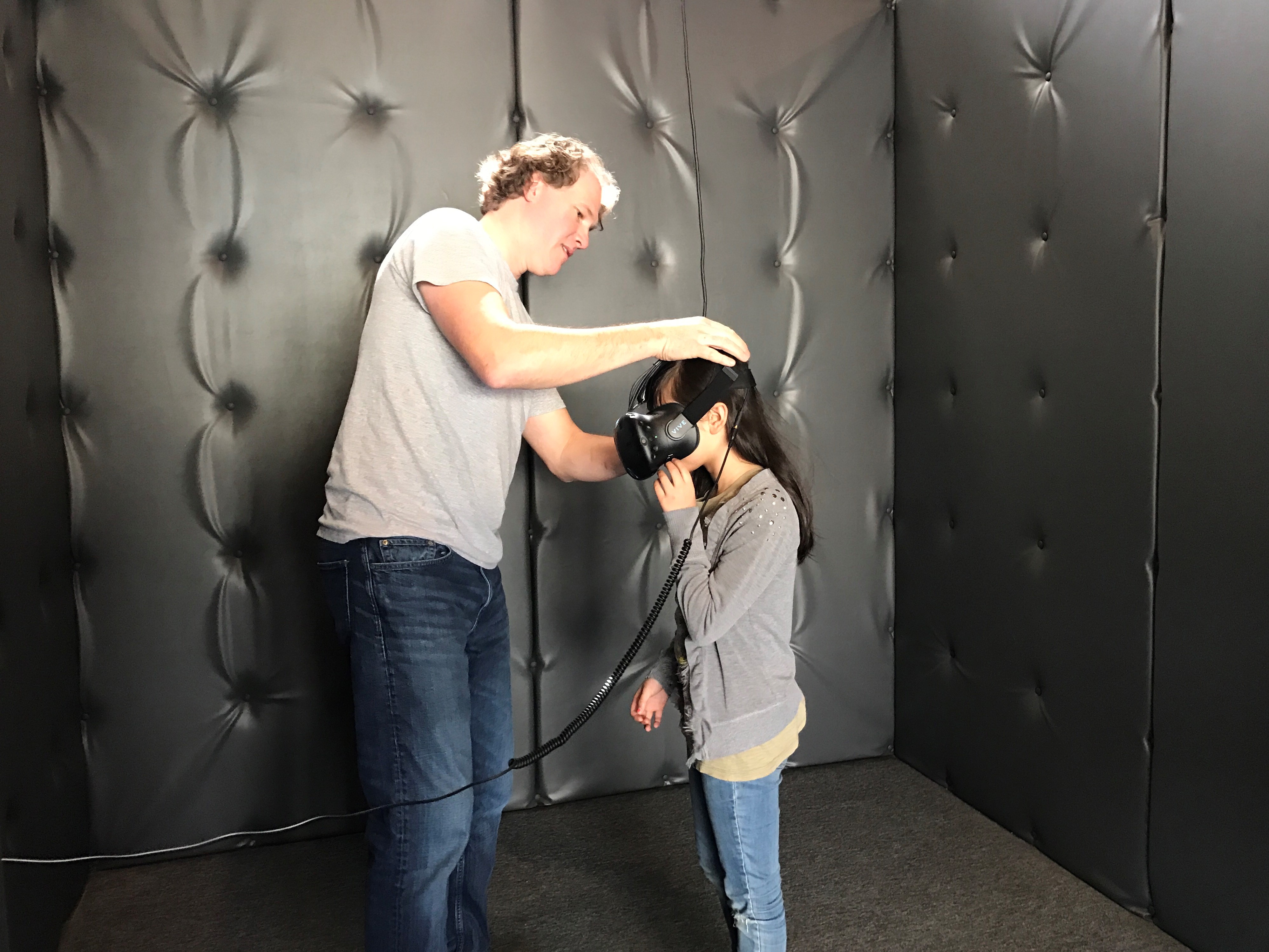 Designed for Kids of All Ages
Portal is one of those rare places that caters to all ages at the same time. Unlike the arcades many parents used to attend as kids, Portal doesn’t blast music and annoying beeps and sounds throughout the whole building. “Instead, you’ll enter an atmosphere of comfortable coolness” says the Portal website.

Portal features both kid-friendly games like the larger-than-life Fruit Ninja and others that are not like the scary Ghost Mine Train where players hunt zombies in an abandoned amusement park ride and group game, Drunken Bar Fight. So, whether you are planning a day with the kids or a night out with other parents, there is something for everyone. Note: Currently, there are no “adult only” times, but that could change if there is a demand for it says Harader. Also, no alcohol is allowed outside of the lounge area.

Watch Others Play!
Just when you think this place couldn’t get any better, it does! Portal has a great feature where those waiting to play can enjoy watching what the player is seeing on multiple HD video display screens. One booth is set up like a green screen where those sitting in the lounge, enjoying snacks and beverages, will not only see what the player sees but also see the player actually interacting with his or her virtual environment. Too cool! 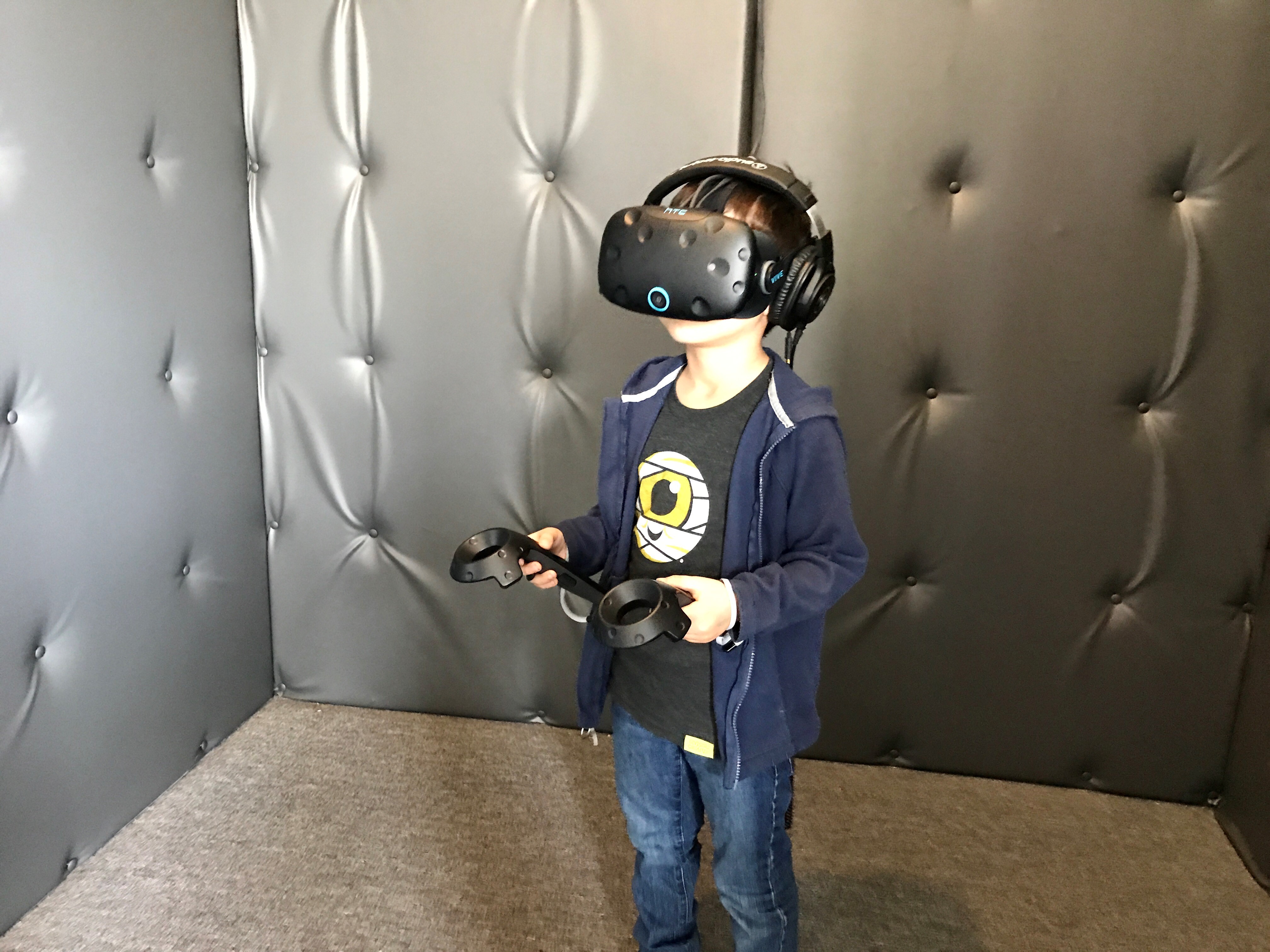 2. 15- and 30-minute sessions are available anytime for walk-ins. For one-hour sessions, please book your appointment online.

3. There is free two-hour parking available in front of Portal.

4. Portal is available for birthday parties, corporate events and more! Check their website for the deets.

Have you been to Portal? Are you planning on going soon? Tell us about your experience in the Comments below! 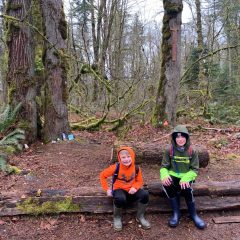 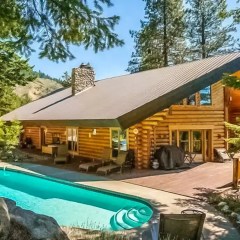 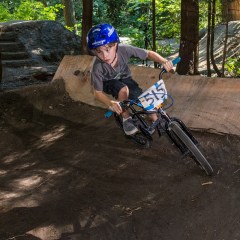 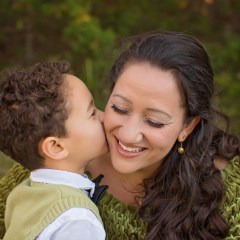 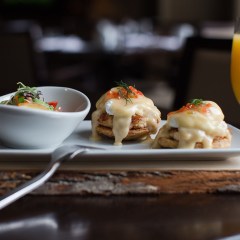 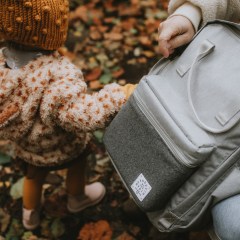 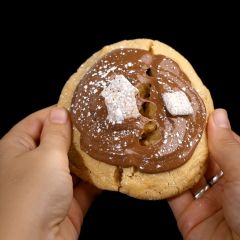