Italian Flavor: Where to Get Gelato

Leave it to the Italians to figure out how to eat ice cream and still fit into Armani. If
you’ve ever had gelato from an authentic Italian-style gelato shop, you understand just how transporting a bite of Sicilian pistachio or stracciatella (chocolate chip) can be. The difference between gelato and American-style ice cream is that gelato contains less fat and less air, which creates a denser, smoother texture and even more flavor. It makes you think you’re eating something that’s more decadent than it is. D’Ambrosio Gelato is a shop in Ballard and Capitol Hill that’s owned by Enzo D’Ambrosio, who is a university-certified gelato master. The gelato is made fresh daily with organic dairy products and fruits, and all the service ware is biodegradable. If you go to D’Ambrosio during the last hour of the business day, you can get whatever is left of the to-go pints at a deep discount.

Fainting Goat Gelato is blazing its own trail by offering not only traditional gelato and sorbetto but also goat’s milk gelato for the lactose intolerant. This shop is owned by Yalcin and Sevim Ataman, who are from Turkey and operated a gelato shop for 20 years before moving to the States. Sirena Gelato in Kirkland (their flagship location is in Bellingham) is sure to wow gelato traditionalists. The owner, Brian Ugurlu, spent a summer abroad in Italy learning the fine art of gelato-making from a third generation gelato artisan and needless to say, the results are mouth-watering. Using only the freshest ingredients, Sirena Gelato offers a daily selection of 20 gelatos from a list of more than 50 gelato flavors.

And then there are the following shops, which have kept Seattleites in gelato for many years:  Procopio and Bottega Italiana at Pike Place, and  Gelatiamo, which is located downtown. Craving an at-home gelato experience? Gelatiamo has a deal with Metropolitan Markets to have gelato cases at the Uptown and Kirkland locations, so you can get great local gelato where you shop for groceries.

PS: Eastsiders…get your gelato fix this summer at Vovito Caffe and Gelato at The Shops at The Bravern. They have 26 flavors of gelato and sorbetto and we’ll bet each one gets your yum of approval. 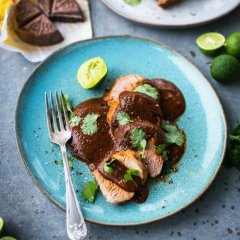