Get Lighter Than Air at This New Rock & Roll Circus Extravaganza

If your Recess Monkey groupie has been jonesin’ for a concert since their last alfresco summertime jam session, he or she will be on cloud nine with Lighter Than Air—the all-new show at Teatro ZinZanni. Travel along with Professor Loco on an airborne adventure as he searches for the magic ingredient needed to complete his latest experiment. Along the way be delighted by thrilling acrobatics, sensational dancing and music from Recess Monkey’s latest album Hot Air. It’s a high-flying hour of family entertainment you don’t want to miss. 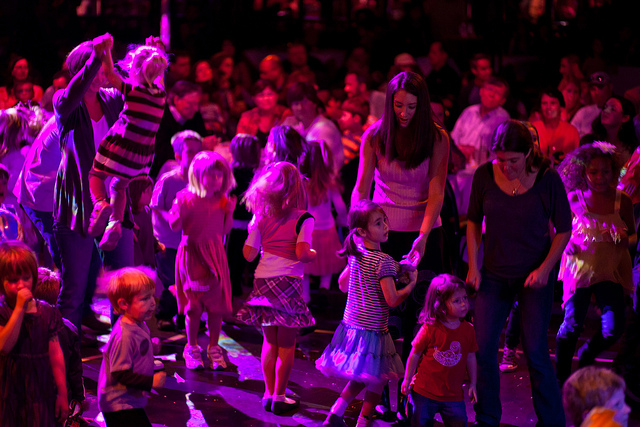 Make Your Grand Entry
From the moment you enter the ballroom you’ll soon notice that your pint-sized party animals won’t be warming those seats you so generously reserved for them to park it for the show. Like a laser beam on a disco ball, they’ll zoom in on the kiddie dance floor set up below the stage and that’s were they will stay for the duration of the concert. Feel free to get down, dance and boogie along side with them, or find your seat and have a blast watching from a distance as they become entranced by the sights and sounds of the production – we bet they won’t even know you left. (Psst… be sure to glance up at the red velvet drapery and intricate stained-glass details of the century old circus tent you’re sitting under. It’s really remarkable!) 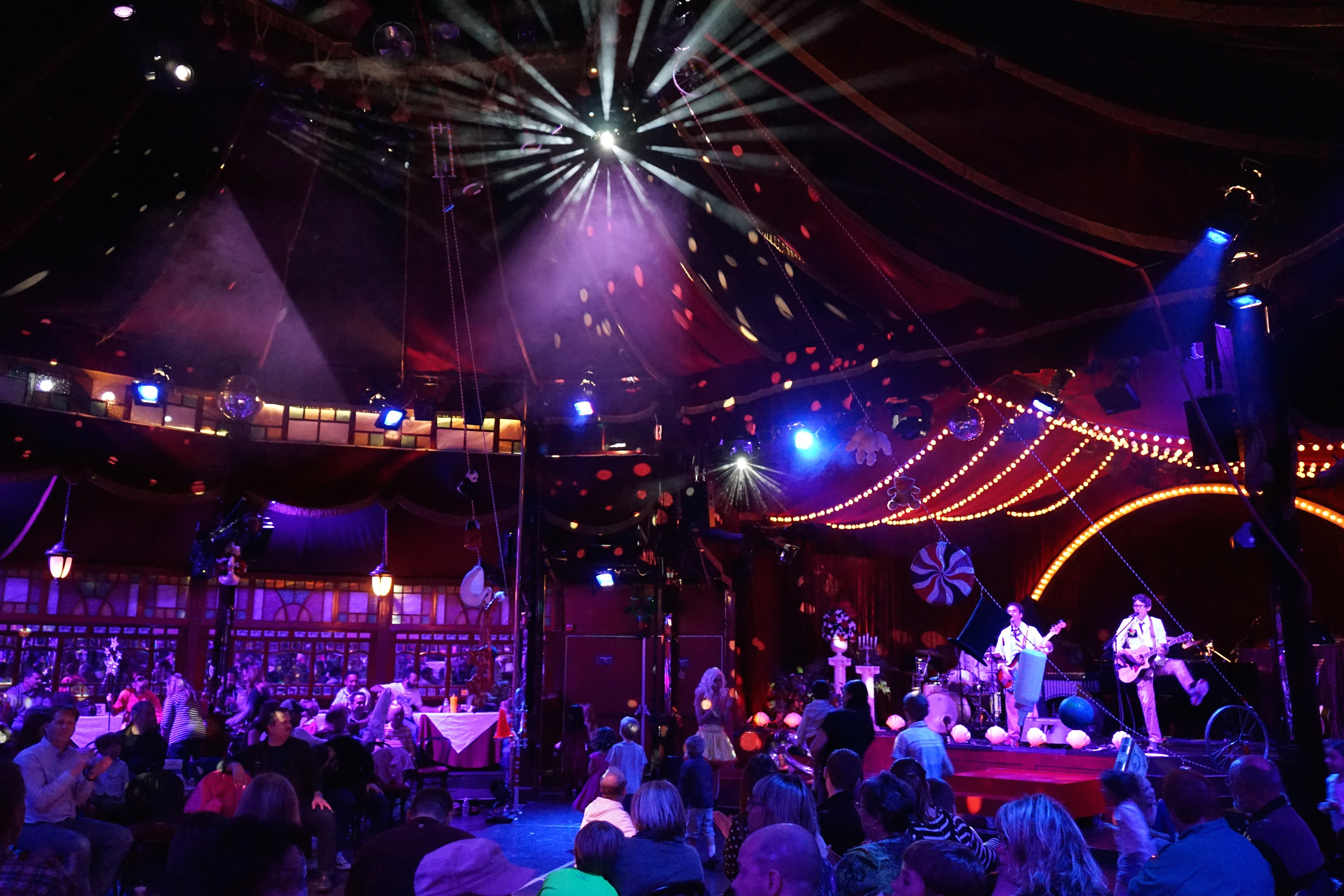 The Ringmasters
For their fourth Teatro ZinZanni production, Drew, Jack and Korum, the trio that comprises the national acclaimed kiddie rock group Recess Monkey, have once again created a set of singable, danceable songs that listeners of all ages will dig. Watch the threesome enchant your mini-showgoers as they open their performance by floating to the stage in a hot air balloon. For the duration of the show everyone will be jammin’ as Recess Monkey turns out a sampling of songs from their newest album Hot Air, including lovable favorites like “Get Your Ticket,” “Paper Airplane” and “Penguinese.” The Littles will have a blast playing along with these local elementary school teachers by day, as they engage them with high-energy music, silly antics, and plenty of audience participation. 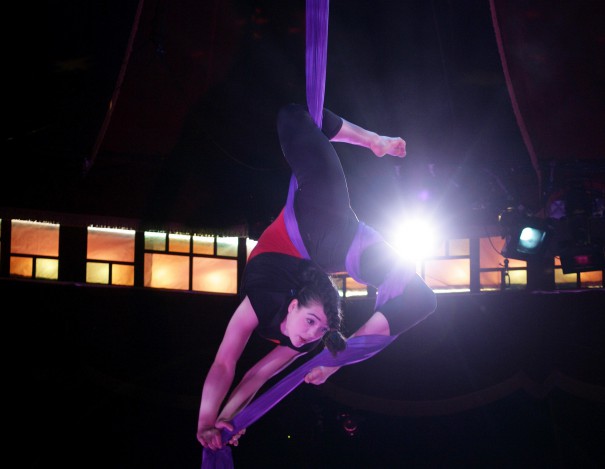 Aerialists and Acts
Besides rocktastic tunes, you’ll find this show delivers so much more in just a short hour. Teatro ZinZanni’s in-house performers Andrea Conway Doba, Charlie Castor and Emma Cady demonstrate their circus talents in a jaw-dropping performances as a zany seafaring tap dancer, wacky juggling professor and daring acrobatic contortionist on aerial silks. New to this year’s production, you’ll be entertained by a group of local youth dancers from Prashanthi Chitre Institute of Performing Arts as they showcase their skills in an enchanting Indian fusion dance that’s tied in with the whereabouts of the elusive ingredient for Professor Loco’s experiment. We bet these performances will have your crew braggin’ about what they saw for weeks to come. 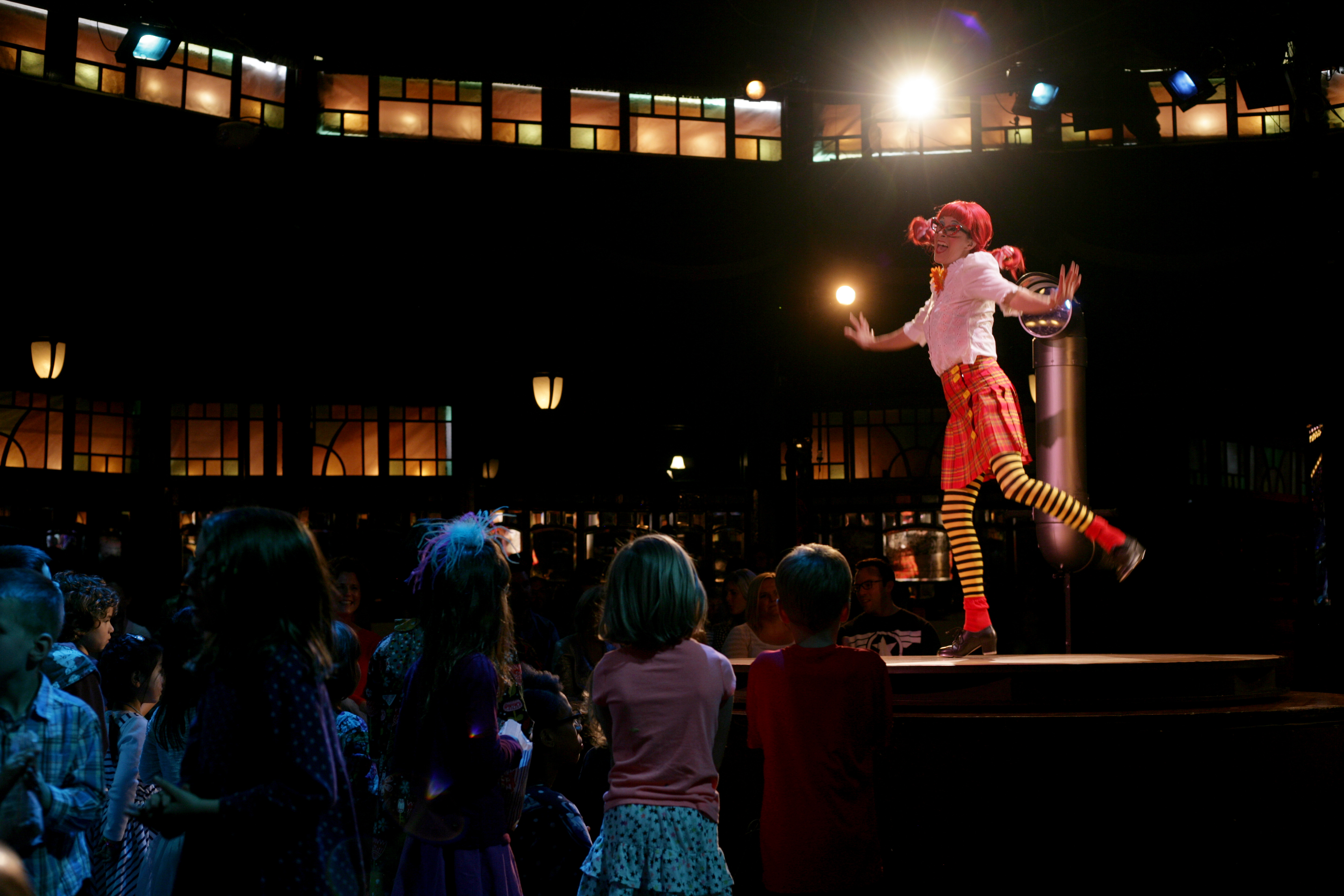 The Enhancements
Be sure to arrive early enough before the show to hang out in Teatro ZinZanni’s flamboyant lobby and browse their exclusive boutique or grab a refreshment to take with you inside. Their must-see shop is filled with flashy adornments including one-of-a-kind Venetian masks, feather boas, tiaras, jewelry and fedoras. There’s also a bar that serves sweet kiddie cocktails (grown-up ones too), from mixtures of their favorite juices, plus kid-style hors d’oeurves like Top Pot Doughnuts, popcorn and yogurt cups. 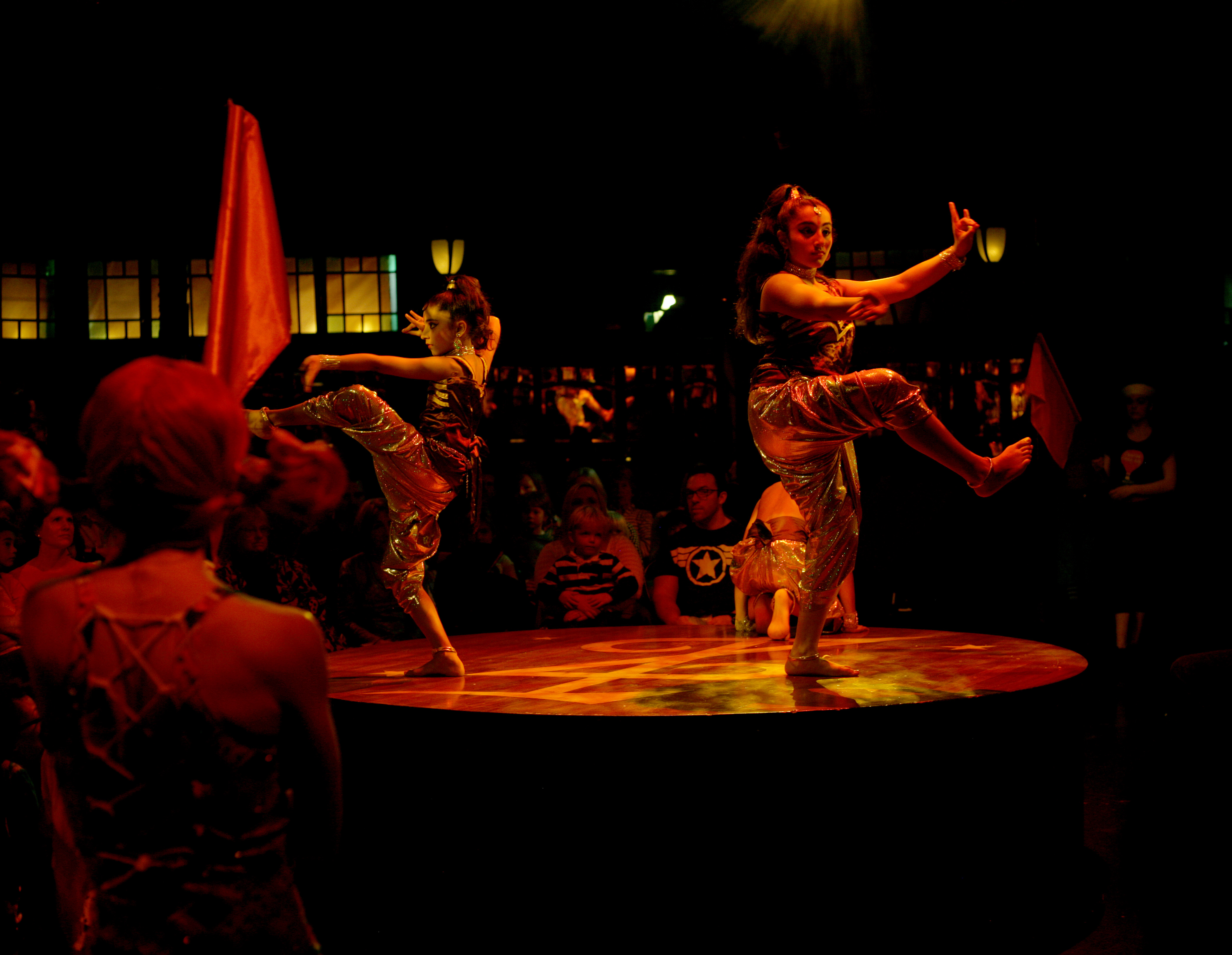 Join the Circus
If your little tumbler totally flipped for the show and is eager to learn some of those amazing skills they witnessed during the performance, you might want to look into signing them up for Camp ZinZanni. During week-long sessions, kids five and older can take their circus ambitions to new heights learning the arts of acrobatics, juggling, clowning and more led by Teatro ZinZanni’s own performers. Be sure to hurry to their website before your future carny realizes people actually do run away to join the circus.

Good to Know
No doubt, it would be dreamy to have a post-worthy photo of your little rocker getting down during show, but photography is strictly prohibited due to safety concerns for the performers. Just one more reason to get their early and snap a few shots beforehand. Also, if your party has eight or more attendees be sure to contact the box office for discounts.

Does your crew love Recess Monkey’s latest album? Have you seen this new rockin’ circus spectacular? Tell us about your experience in the comments below. 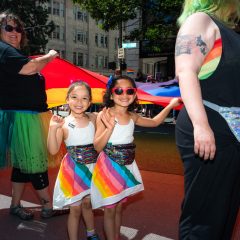 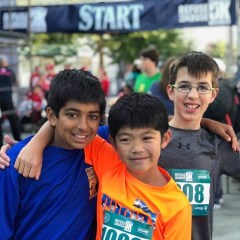 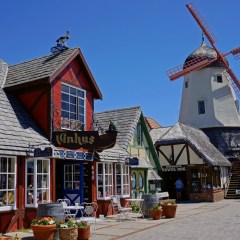