It looks like someone has a mini me. Serena Williams and her daughter, Olympia, hit the court together recently—and there’s video of the absolute adorable incident!

She’s a star on the court—and we’re not talking about Serena. Even though the celeb mama is one of the top athletes in the world, this time it’s not the elder Williams who’s showing off performance perfection. (And it’s not her little sister, Venus, either.)

In a “like mother, like daughter” moment, Williams’ 18-month-old daughter took off, running onto the court (followed by dad Alexis Ohanian). Williams captured the magical moment on her Instagram Story, commenting, “Look at that footwork!” as the tot lost her shoe! 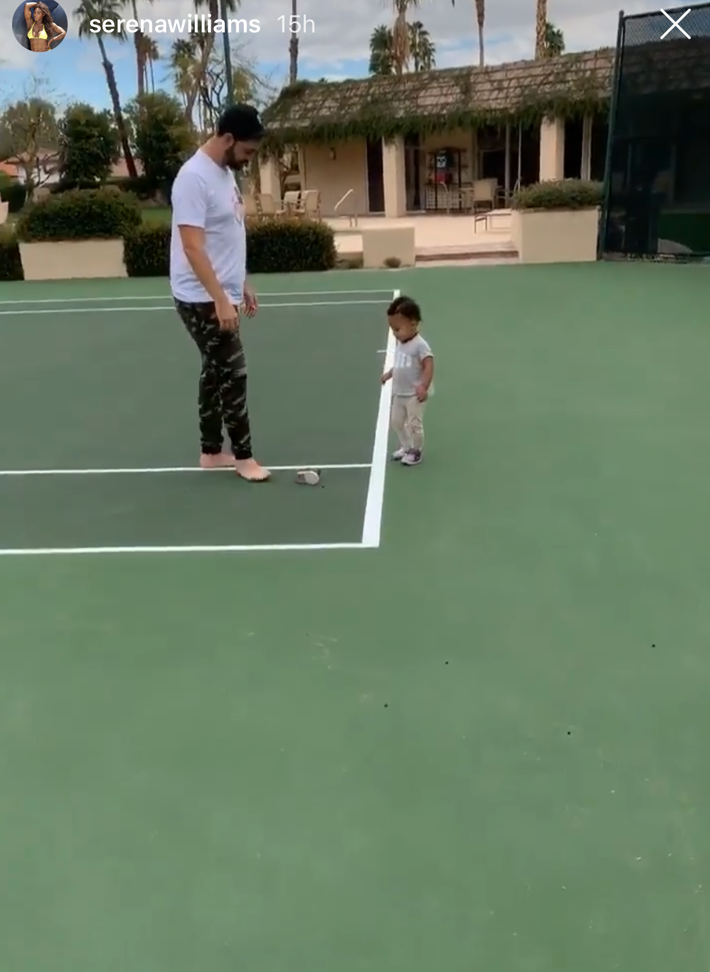 At one point the little girl, seeming frustrated, laid down on the ground and covered her face. Williams noted the mommy-daughter similarities, adding, “Ah sweetie, you look like mommy when she’s mad on the court” through her own giggles.

While the tot may have some time before she wins a Grand Slam of her own, if this video is any indication of what’s to come—we might see another Williams (or in this case, Ohanian) on the pro circuit someday.

Serena Williams’ Daughter Olympia Is Her Mini Me—In a Tutu

Serena Williams Too, Remembers What It Was Like to Have a Living Room Once