Hey Elmo fans, get ready for something totally special. Sesame Street’s 50th anniversary lifestyle and apparel collaborations are making their grand debut, and your kiddo is going to loooove them. Oh, and completely cute clothes aren’t the only items that are making their way to these new lines. Nope. Read on to find out what kinds of partnerships Sesame Street is forming and what you’ll be able to buy soon. Hint: It’s not all for the kids!

Sesame Street is about to turn 50. Okay, okay, so the beloved children’s show won’t hit the big 5-0 until 2019. But in anticipation of the PBS fave turning half a century (yes, half a century) old, Sesame Street is collaborating with brands galore to bring fans everything from apparel and bedding to skateboard decks. 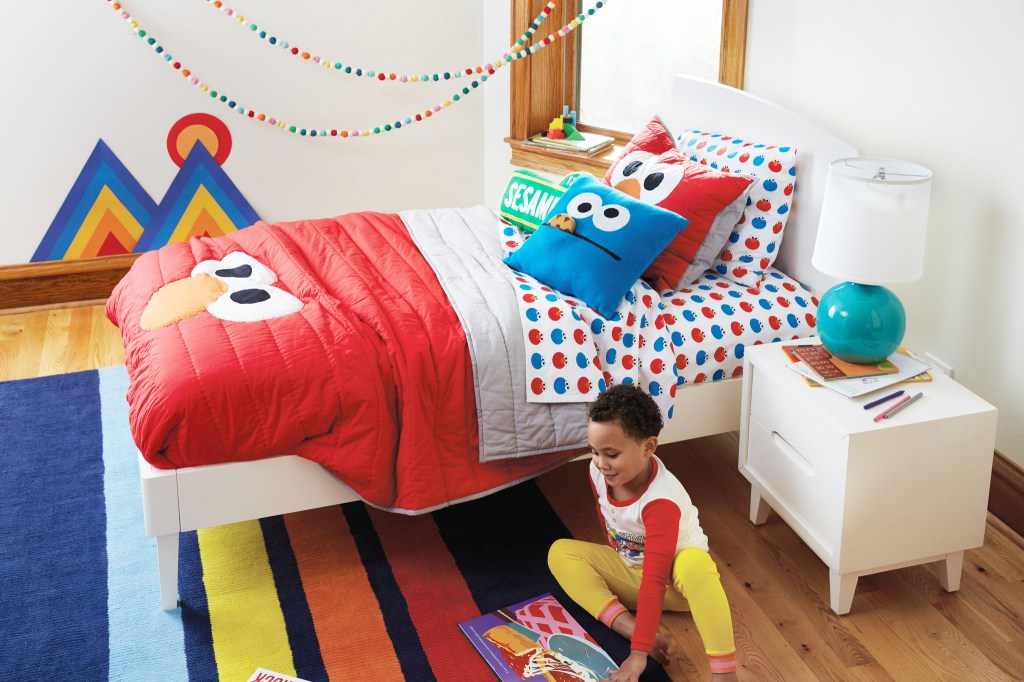 The new 2018 apparel collaborations will include lines from Bioworld (apparel and accessories sold at Urban Outfitters, BoxLunch and Spencer’s), Mad Engine (apparel for all ages and Sesame Street x Neff t’s and beanies for adults), Zara (apparel for men, women and kids as well as accessories for kids, tweens and teens), Lauren Moshi (capsule collections featuring children’s and women’s apparel, headwear, bags and art canvases) and Drake General Store (apparel for kids and adults).

Along with the apparel and accessories collabs, other new Sesame Street lines will include Global Brand (Globe premium skateboard decks that will feature Cookie Monster, Bert and Ernie, Oscar the Grouch and Count von Count) and Land of Nod (bedding, playroom furniture, apparel, backpacks and toys).

So there it is — line after line of Sesame Street merchandise for the whole family! What could be better?

Who is your favorite Sesame Street character? Share your answer in the comments below.