You may have wondered about Bert and Ernie’s relationship on Sesame Street for the past few decades. Well your childhood questions now have an answer—and it just might be the sweetest story ever.

Former Sesame Street writer Mark Saltzman recently revealed that yes, he considers Bert and Ernie a gay couple. In an exclusive interview with the website Queerty, Saltzman opened up about the endearing inspiration for the Muppet couple—he compared Bert and Ernie’s relationship to his relationship his own partner of many years. Saltzman was with his long-time love, an editor named Arnold Glassman, until Glassman’s death in 2003. 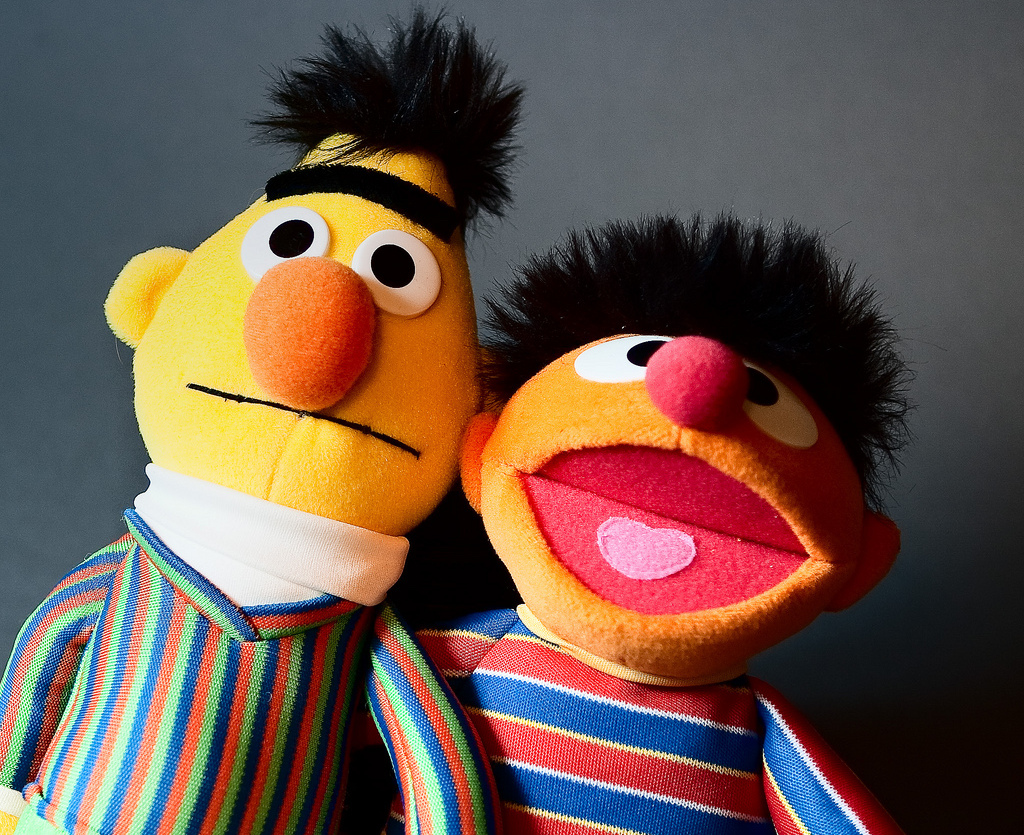 Saltzman told Queerty that he did think of Bert and Ernie as a gay couple, noting, “And I always felt that without a huge agenda, when I was writing Bert and Ernie, they were [gay]. I didn’t have any other way to contextualize them. The other thing was, more than one person referred to Arnie and I as ‘Bert and Ernie’.”

Of his relationship and the relationship between his Sesame Street characters, the writer went on to say, “So it was the Bert and Ernie relationship, and I was already with Arnie when I came to Sesame Street. So I don’t think I’d know how else to write them, but as a loving couple.”

EXCLUSIVE: Are Bert & Ernie a couple? We finally have an answer… – https://t.co/8g2TzLQaNq pic.twitter.com/MlV8jqCwkn

Like just about everything else online, the Twitter-verse reacted to the big Bert and Ernie news—and plenty of fans and allies were stoked about the news. One Twitter user summed it up perfectly: “Finally! Bert and Ernie are coming out! Good for you guys!”