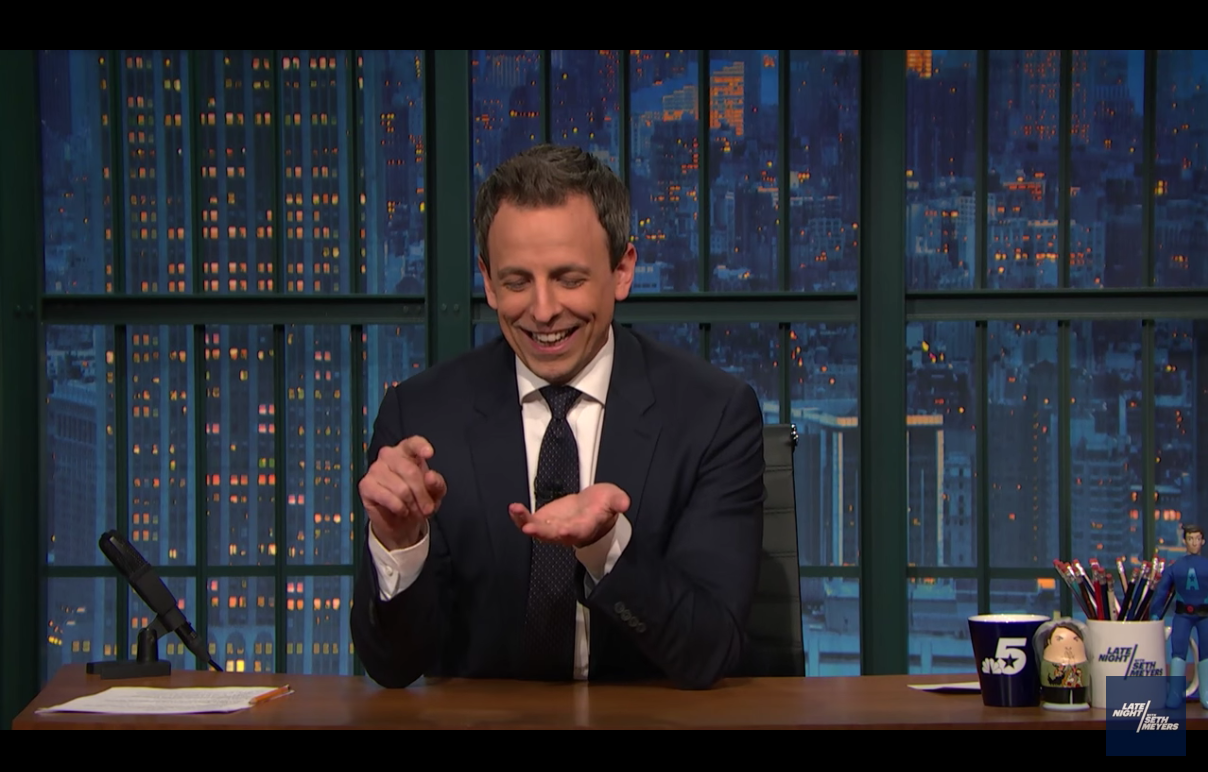 Congrats to new dad and Late Night host Seth Meyers. On Tuesday he came back to the NBC show after his wife gave birth on Sunday. Meyers gave the audience a hilarious monologue about the day the baby was born. His wife delivered 2 weeks early, so the entire day was unplanned. Watch his hilarious take on the story and why they chose the name Ashe Olsen (no, not Ashley Olsen) for their baby boy.

Have a funny birth story? Tell us in the comments below!