Celebrate Shark Week All Summer Aboard This Jaws-ome Family Cruise

What’s better than Shark Week? If you said nothing, you’re right, but only because you might know that a Shark Week cruise is getting ready to set sail and celebrate all summer long.

In honor of the 30th anniversary of Shark Week, Princess Cruises has partnered with Discovery to launch some very special voyages at sea. The event—dubbed the Summer of Shark—will be part of the cruise line’s Discovery at SEA Program. The festivities include Shark Week-themed experiences across the ship, dining and drink specials and special kids programming. 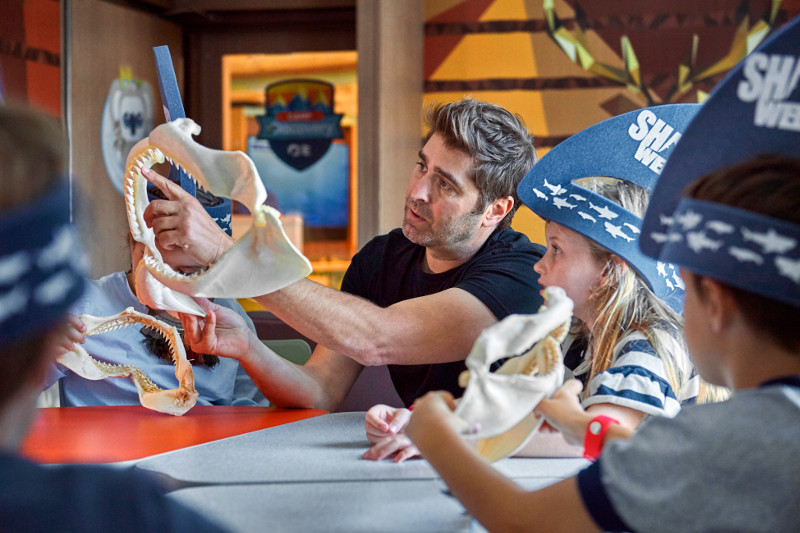 Kids enrolled in the youth programs will have a chance to create shark-themed arts and crafts, like shark tooth necklaces and shark clay models. Parents will have some fun with Shark Week themed specialty cocktails, like a Shark Attack Margarita and the tropical Great Blue Shark. All guests on board in June will get a first look at the Shark Week programing, which won’t premiere on Discovery Channel until July 22.

The Summer of Shark launches in June and runs through September aboard all Caribbean Princess ships out of Fort Lauderdale.

You Can Totally Go on a “Harry Potter” Cruise in England