She’s Just Not into Me: When Adult Friendships End 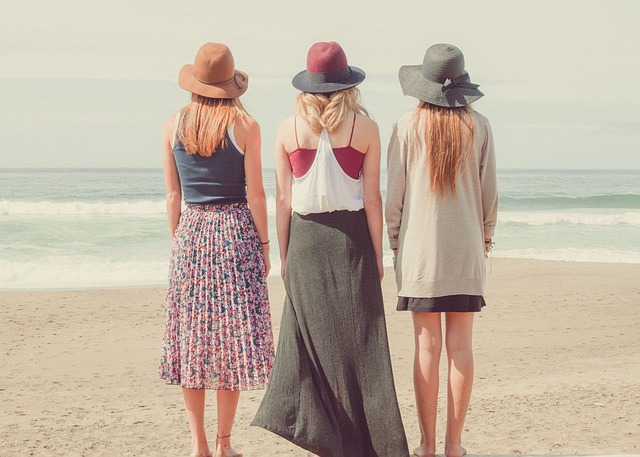 “She doesn’t want to be my friend anymore.”

We have certainly been there. As a mother of young children, I have unfortunately heard both of my children sadly declare this statement. Relational aggression in young children is a real thing and it happens far earlier than I was prepared for. It forced us to have discussions about complex, relational feelings and emotions much earlier than anticipated.

As an adult, though, this doesn’t really happen, right? That’s what I thought, until it happened to me.

I have a long history of great relationships with women, yet when it comes to my current circle of friends, it’s relatively small. Which, for me, is perfectly fine. I would much rather a few, strong friendships than have a huge circle of people that I don’t truly love being around. Friendships change, shrink and expand, I get that, but I wasn’t necessarily prepared for a friend to leave me.

As I look back at some of my relationships, I see that many were situational. We were friends because we worked together, had class together, the list goes on. Situational friendships are like the seasons, they come and go, but they can be just as wonderful as life-long ones. When I first started teaching, the greatest blessing, besides our amazing principal, was the women I worked with. This was a group of strong, kick-ass b*tches who persisted daily to get stuff done. We were faced with a number of challenges but consistently greeted each day with a passion and joy that permeated the school. We were smart, beautiful, hard-working, and clearly committed to our job and each other. While I’m no longer teaching there, I’m still very much in contact with many of these women. I could call any one of them tomorrow and pick up right where we left off. Some of us, 15 years later, still exchange Christmas cards!

My friendships now are different. They really are no longer situational, in large part because my life is relatively permanent. I’m not working my way through college and I’m (thankfully) no longer in graduate school. I’m firmly planted. So, it was my assumption that one friendship in particular was established for the long haul as well.

We were friends. We lived close to each other so getting together was a regular occurrence. We talked and laughed through playdates with our kids that lasted for hours. It was easy and I could tell her just about anything. She was the next person, after my husband, to know I was pregnant with my second child. She called me when there was an emergency with one of her children. She called me to share cupcakes. There were so many things that signaled friendship permanence – kids’ ages, school, church, proximity. It just made sense that we’d always be friends.

I realized one day, somewhat out-of-the-blue that the calls to chat and texts to set up playdates were totally lopsided. It stopped me in my tracks. When it came to flexing the friendship muscle, I was the only one doing all the heavy lifting. I felt a flush of embarrassment. Was I the only one interested in keeping this friendship alive? Should I say something? I tried to assure myself that I was imagining it all, so instead of an awkward, dramatic confrontation, I pulled back. I intentionally pulled back for about a week to see what happened. Nothing. I swallowed hard.

Her birthday came along and even though we had not talked or texted for a few weeks, I knew it was her birthday. It’s one thing if I forget, but to knowingly ignore someone’s birthday is something I just can’t do, so I sent her a birthday text along with birthday cake and celebration emojis. I felt a pang of embarrassment but I knew it was the right thing to do. After that, the friendship went completely dark.

I spent some time during the weeks after rummaging through my memories trying to figure out what happened. Was it something I did? Something I said? Was I not enough for her? Was I too much for her? The truth is, I will never know and I am thankfully to a place now that I really don’t want to know. I don’t want to unearth something that I likely can’t do anything to fix, repair, or remedy. It’s over and I have to be okay with that.

I know that I will never be everything for anyone, and that may mean people will leave me. I guess I’d rather have a painful breakup than stay in a friendship that isn’t healthy. Especially if the other person doesn’t want to be friends any more. If ending the friendship was best for her then honestly, I am happy for her.

The thing is, though, when we were friends, we talked about exactly that. Doing what’s best for yourself no matter what. She was often stuck in situations unable to get out of because of the fear of upsetting those around her. I encouraged her often to make the decision that was best for her – not to worry about what other people thought. “Do what’s best for you and your family. Even if other people don’t like it.”

So, maybe I should have seen this coming? Well, maybe not. Friendships come in and out of our lives for seasons and sometimes for reasons. While I enjoyed this friendship for the season, all I can hope for is that it existed for a reason. 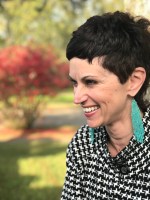 Melanie Forstall is a full-time mother, full-time wife, full-time teacher, and never-enough-time blogger at Melanie Forstall: Stories of Life, Love, and Mothering. She holds a doctorate in education and yet those many years of schooling have proved to be utterly useless when it comes to actual mothering.
MORE FROM Melanie:
Sunny Side Up, LTYM Live!, We All Do. Except for This.
Red Tricycle > Spoke Contributor Network > She’s Just Not into Me: When Adult Friendships End