Should I Get My Kid a Smartphone? 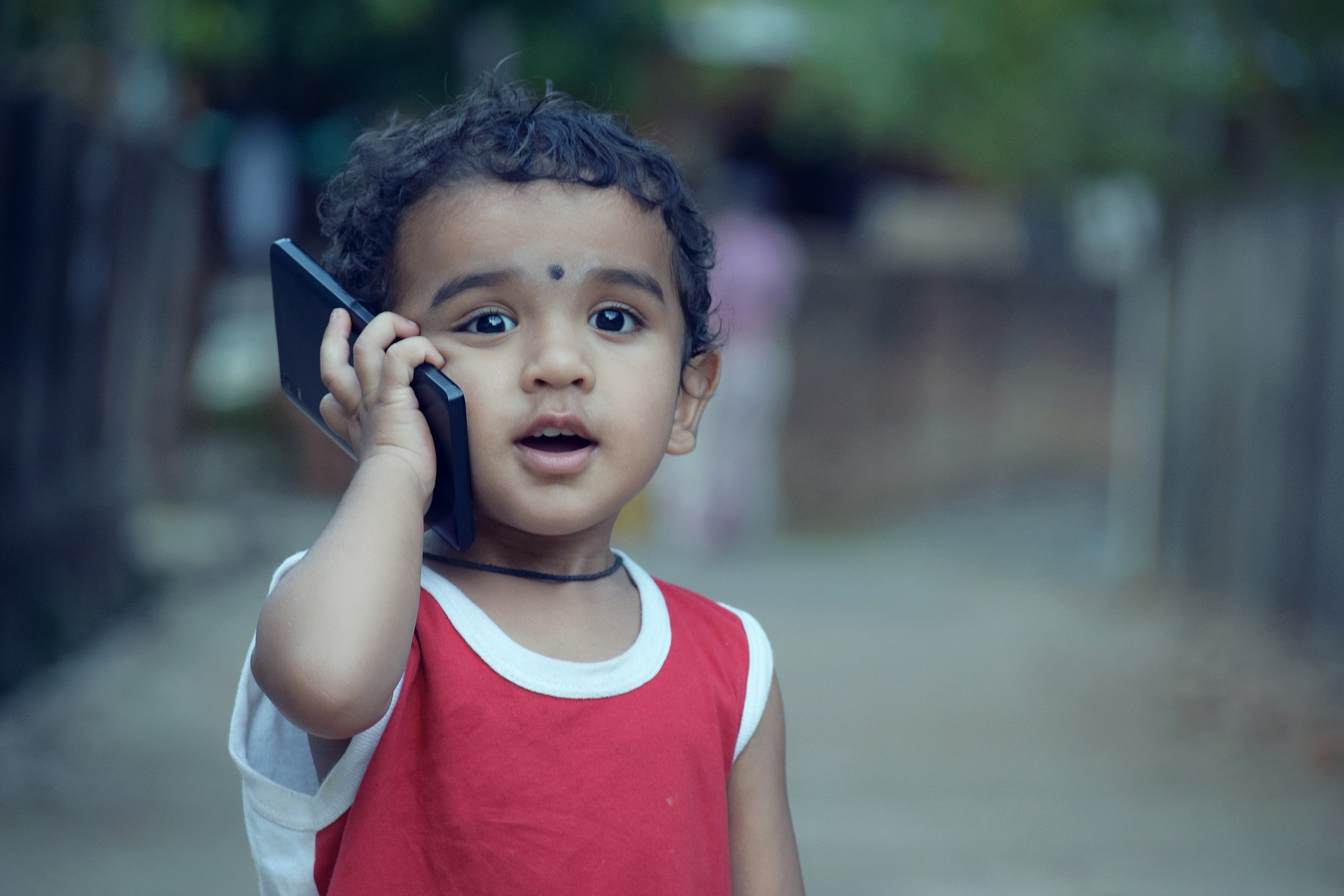 I’m a science journalist, parent and the author of a book called How to Break Up With Your Phone, which is an evidence-backed look at what screen time is doing to us and what we can do to take back control. When it comes to kids, well…it’s complicated.

My short answer, having spent the last three years researching and writing about this issue, is that I think it is a bad idea to give children smartphones, at least without some serious caution and discussion and boundary-setting. Phones and apps are deliberately designed to be addictive—they share many similarities with slot machines and are specifically designed to keep us scrolling for as long as possible. That’s bad enough for adults, whose brains are already developed—and it’s even worse for children, whose brains haven’t yet matured. Giving a smartphone to a baby is the technological equivalent of handing them a pack of cigarettes.

I hear all the time from pediatricians and child behavioral experts who report that they’re seeing an increase in the number of kids (particularly middle and high school) sent to them for anxiety-related disorders. Some are even demonstrating symptoms of OCD and ADHD (and if you doubt that this could be related to smartphones, just observe your own behaviors and those of the other adults in your life). One pediatrician told me that he has had to physically remove phones from his patients’  hands and ask them to look at him while he’s talking to him (crazily, he also told me that when he gives the phones to the parents to hold, they often hand them right back to the kids). Suicidal thoughts are also way up.

I continue to be amazed by the hesitance of governments and professional organizations to classify compulsive smartphone use as an addiction disorder—the addiction specialists I’ve spoken with point out that the brain circuitry and chemicals involved in a gambling addiction and phone use are exactly the same. (And there are many crossovers with drugs, too.) Perhaps the hesitance is in part because we adults are addicted ourselves, so we turn a blind eye to our kids? I don’t know.

But in the meantime, here are some additional thoughts and suggestions:

The more time kids (and adults) spend on phones, the less time they spend actually socializing with other human beings, exploring the world through their senses (after all, when you’re on your phone you’re only using two out of five), cultivating creativity and developing the ability to maintain focus and stick with tough problems. The time we spend on our phones rewires our brains in a way that encourages distraction (see Nicholas Carr’s The Shallows: What the Internet Is Doing to Our Brains for more on this and/or his controversial article, “Is Google Making Us Stupid?”)—which is particularly concerning with kids, since their brains are still developing. And if that phone also is a portal to social media, it’s even worse. Check out Jean Twenge’s article in the Atlantic, “Have Smartphones Destroyed a Generation?” for a sobering look at possible links between heavy social media use and mental health issues such as depression, anxiety and loneliness.

Excess phone/screen time is also strongly associated with behavioral problems and attention issues and—for some kids—may exacerbate conditions such as ADHD or OCD. (For more on that—and possible solutions—I recommend Victoria Dunckley’s book, Reset Your Child’s Brain: A Four-Week Plan to End Meltdowns, Raise Grades and Boost Social Skills by Reversing the Effects of Electronic Screen Time, as well as Nicholas Kardaras’s Glow Kids: How Screen Addiction Is Hijacking Our Kids—and How to Break the Trance. )

With that said, there’s nothing inherently good or bad about phones and screens. It all comes down to how we use them, how good a job we do of setting boundaries for ourselves and for how long (and how vulnerable we are personally to addiction.) After all, there are obviously many, many positive uses of technology and lots of amazing resources—from tutorials on YouTube to programs like iMovie—that encourage knowledge-seeking and creativity.

The trick is to establish boundaries, both for your children and for you. How do you want to interact with screens/phones as a family? When and where is appropriate to use then? When and where should they not be used? Some suggestions: keep phones out of bedrooms—instead, provide access to the internet via a desktop computer in a common space. Have everyone charge their phones in a central basket at night.

Establish a rule of only using your phones at home when they’re plugged into a charger—this means that you will have to make a deliberate decision to remove yourself from your family while you use it. (Bonus points if you set up the charger in a place that doesn’t have a chair nearby.) Here’s a great compilation of resources from Common Sense Media about kids and digital media and you may also want to check out Above the Noise.

Speaking of setting healthy boundaries for screen time, Anya Kamenetz, a former of classmate of mine and a fantastic reporter, has a whole book about screens and kids: The Art of Screen Time: How Your Family Can Balance Digital Media and Real Life. She has a great adage, based on Michael Pollan’s famous catch phrase: Enjoy screens. Not too much. Mostly together.

Then of course, is the question of what age is appropriate for a kid to get their first smartphones.

This is a hugely controversial subject, but here’s my take: follow the lead of Steve Jobs, Bill Gates and other tech giants, and wait for as long as possible before giving your kid a smartphone. Steve Jobs’ kids didn’t have iPads. Bill Gates didn’t get his kids phones till they were 14. The more you look into the parenting habits of tech insiders, the more you begin to wonder if they know something about their products that we don’t. Or, perhaps, the whole issue is that they don’t know their effects. As Sean Parker, Facebook’s first president, put it, “God only knows what [Facebook] is doing to our children’s brains.”

Before you get your kid a smartphone, ask yourself what the purpose is. Is your goal to give them access to the entire internet at all times? Or do you just want to be able to call/text with them?  If it’s the latter, then why not get a flip phone? They still exist and they’re cheap.

Do you want to be able to communicate with them and see their location?  Instead of giving them a $500 + device, do an internet search for “GPS tracking watches.” For example, the GizmoPal, available for Verizon, has GPS so that you can keep track of its location, plus the ability to place phone calls to a limited number of phone numbers. The Apple iWatch Series 3 does something similar (though is more expensive).

And remember: your kid doesn’t have to wear the watch. One of my friends just has her daughter keep the Gizmo tucked in her backpack.

As for older kids who demand that you get them a smartphone because all of their friends have smartphones, I suggest channeling the spirit of my grandmother, who would actually say things like, “If all your friends jumped off the Brooklyn Bridge, would you, too?” By which I mean: YOU are the adult. You do not have to say yes. In fact, there are many, many, many reasons to say no—some of which are enumerated in this open letter to Apple, written by two of its biggest investors, demanding that the company do more to protect children from the potential negative impacts of its products.

If saying “no” doesn’t work for you, you can also employ the strategy used by my parents when I begged for a Nintendo set: they said that I was certainly allowed to have one . . . as long as I paid for it myself.

Social media warrants an entirely separate discussion, but let’s just put it this way: letting your kid onto social media—especially without having some major discussions first—is like releasing them into a tank of sharks. Bullying, sexting, harassment, shaming . . . it’s like the worst part of middle school, times a million (and likely accounts for much of the aforementioned increase in suicidal ideation).

If your kid does have/get a smartphone, I strongly recommend having a conversation about all the issues raised in my book. Discuss the potential for addiction. Talk about how—and why—social media apps are designed to addict you (and how they collect data on everything you do online).Set boundaries—both for your child AND for yourself. Set up a family media plan (see below). Make sure you make use of the parental controls that are currently available (here’s another great compilation—you may also want to search for your internet or phone provider, because Comcast, AT&T and Verizon all have their own separate products, too). And remember: this doesn’t have to be an all-or-nothing thing. It’s possible to use technology in a healthy way. It just requires self-awareness and the will to do it.

Lastly (for now), keep in mind that we adults are just as bad as kids are. I hear countless parents bemoaning the fact that teens are addicted to their phones without seeming to recognize that they are, too. So before you get on your kid’s case about their phone (or get them one to begin with), take a look in the mirror. And most of all, don’t be afraid to be the bad guy. Our job isn’t to be our children’s friends; it’s to raise healthy, emotionally stable kids. Sometimes that will make them mad at you—and that is totally okay.

Here are some more resources if you still have questions: 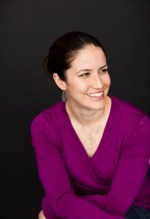 Catherine Price is an award-winning writer and science journalist whose work has appeared in publications including The Best American Science Writing, the New York Times, Los Angeles Times, Washington Post magazine, among others. She’s most recently the author of How to Break Up With Your Phone.
MORE FROM Catherine:
What to Do About Phones and Kids, Should I Get My Kid a Smartphone?, Help! My Kid Wants a Smartphone
Red Tricycle > Parenting > Adulting 101 > Should I Get My Kid a Smartphone?