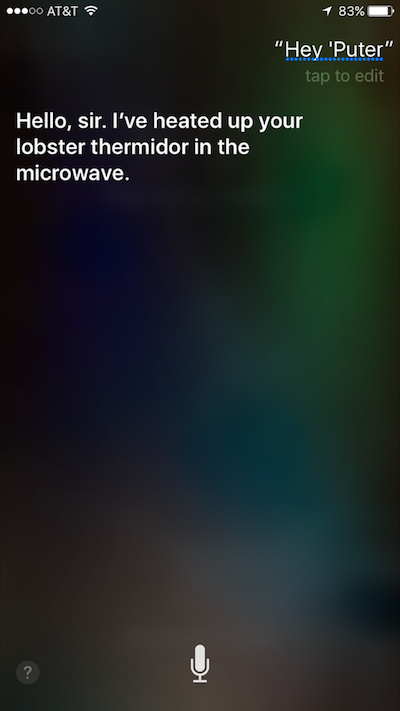 Your tech savvy tot no doubt already knows how much fun it can be to have a conversation with Siri, but did you know your robotic sidekick has a few Bat-tricks up her non-existent sleeve? Apparently she’s an even bigger Batman fan than your 6-year-old. Grab your iPhone and read below to find out how to make Siri pretend to be the Batcomputer.

Two words: Hey, ‘puter. If you’ve already seen The LEGO Batman Movie then this phrase will definitely ring a bell. It’s Batman’s way of greeting his all-knowing AI computer. Now your own little dark knights can pretend to battle crime in Gotham while having a quick convo with the Batcomputer thanks to Siri.

All you have to do is press the home button and say the magic words, “Hey ‘puter,” or “Hey computer,” if you’re not into the whole brevity thing. Then get ready for some laughs as Siri responds with a handful of the Batcomputer’s best lines, like “Welcome home. sir. FYI, Robin is trying on costumes in the Batcave again. He’s doing some pirouettes in Baryshnikov.” Just be prepared to relinquish your phone for the afternoon. Your kids will think it’s even more hilarious than that time they asked her what the fox says.