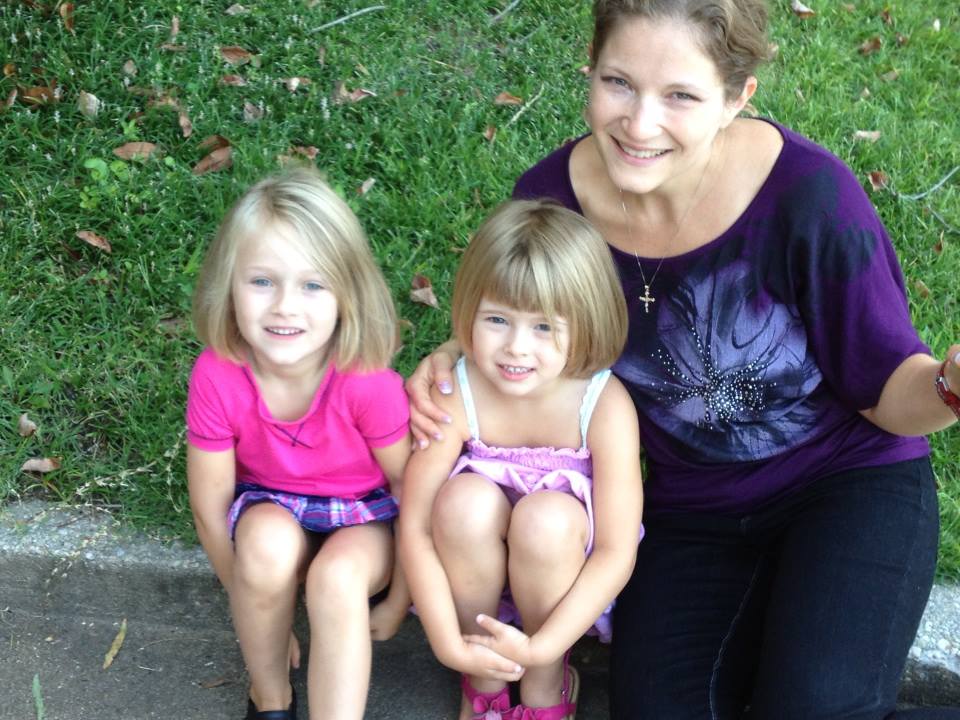 Emma and Sophia were playing in the basement when the swell of some sort of roar-scream hybrid came rushing up the stairs. Surely, someone had lost a toe or discovered a dead body in the bathroom. I went running to rescue my babies. No one had lost a toe. It was worse. Way worse.

Emma: (Gasps, hiccups, snorts, and emits a sound that is presumably meant to resemble words.)

Sophia: (Wanders around as if she’s completely unaware that something horrible has happened.)

I rocked Emma in my arms. “Honey, why are you crying and screaming? What happened?”

I’ll spare you the play-by-play. Eventually, through a gallon of tears and snot, the story I got was this:

I asked her why she didn’t just go ahead and write it herself anyway, since, you know, Sophia couldn’t physically overpower her and pry the pencil from her claws or anything. Boy, was that a mistake.

My daughter, my sweet little 5-year-old angel, transformed into a frothing, seething hell-hound intent on her sister’s destruction. I decided we needed a time-out. I carried her up to her room. She thrashed and kicked. It was a real rager. But when I went to leave the room, she turned back into a sad, weepy girl who just needed a hug. I asked her if she wanted to snuggle. She said, “I just want my sister!!!!”

Me: You mean Sophia?

Emma: YES!! I NEED SOPHIA!!! IT’S NOT FAIR THAT I NEVER GET TO SEE HER ALL DAY WHILE I’M AT SCHOOL!!

And there you have it. Sophia happened to show up at the bedroom door about five seconds later, Emma held out her arms, and Sophia fell into them. They cuddled and hugged and got all the cry out.

These girls are psychotically bipolar in their love/hatred for each other. These are actual things that at least one of them has said about the other:

“I love my sister more than everything. She’s all I need in the whole world!”

“I was reading that book and you just took it from me. You’re going to have to go to the hand cutter and get your hands cut off.”

“Before you were born I wished and prayed that I would have a sister like you!”

“I want to bite her neck until she turns to dust and gets destroyed!”

“I miss you so much while I’m at school, all I want is to see you when I get home!”

“Send her to a mountain where there are no people and only wolves so she gets chewed to death!”

“All I want for Christmas is time with my sister!”

“I want her to get diarrhea that shoots out of her mouth!”

OK, I realize that I’m starting to look bad here. I mean, what kind of mother raises girls who wish psychotic violence on each other so frequently? Now that I’ve written it all down, it does look kind of insane. I’ve always thought it was normal sibling rivalry stuff. My sister and I used to get into vicious fights, but we still loved each other. That’s normal, right?

Here’s what I think. Kids deal with so much stuff in a day. School, homework, chores, friends who don’t want to play with you, friends who won’t leave you alone, a mom who insists you follow the family rules ALL THE TIME with NO REMORSE WHATSOEVER. It’s stressful on a little brain. But they can’t just go bat-$h!t crazy on their teachers or punch out the kid next to them on the bus. It builds up all day long, and who’s the safe outlet? Siblings!

But who’s also the only person who gets everything? Who will always play with you, even if your friend at school shunned you that day? Who will agree that it’s no fair you have to do your homework before dinner? Who will sneak you some of their treat on Sunday when you lost yours for being bad in church and Mom and Dad said, “We’re not warning you again!”

For Emma and Sophia, it’s each other. I’m cool with that.

One day, Sophia hurt herself falling down the stairs. She cried and cried, and I hugged her and kissed her boo boo. But she said it didn’t feel better, yet. She needed her sister. Emma came over and scooped Sophia up in her arms. She patted her back and kissed her head. “I love you, Sophia,” she said. “And I think I’ve changed my mind about giving you away to another family.” 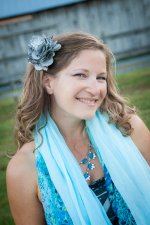 ABOUT THE WRITER Nicole Roder
Where the Heart Is