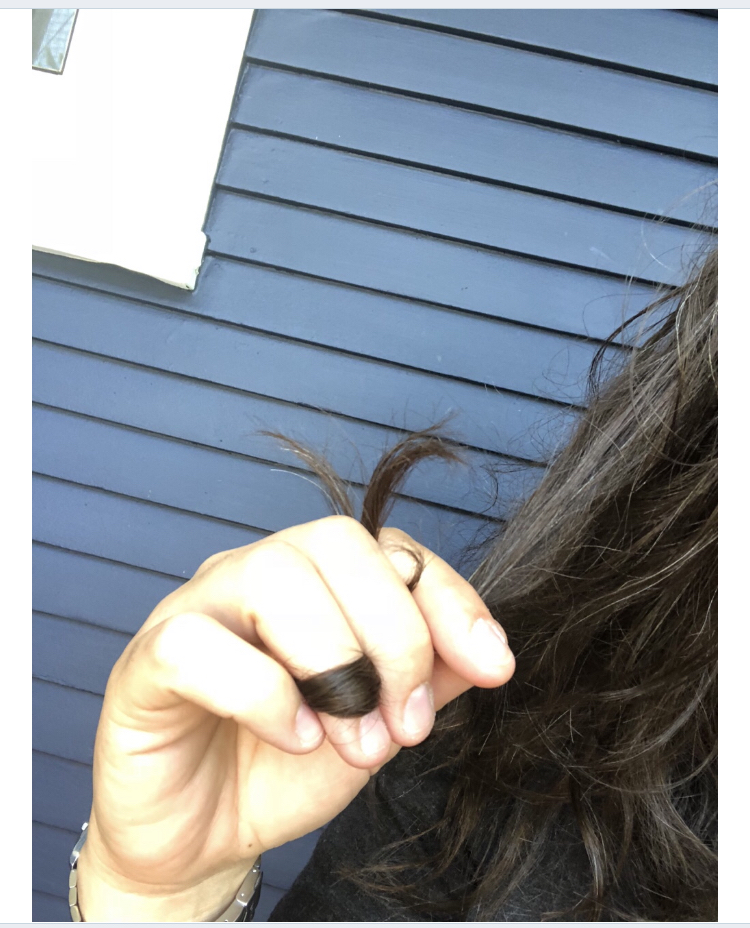 When I was young I had a small security blanket which had soft, white satin sewn around the edges which was absolute heaven for me to stroke when I was upset  or when I was settling into sleep. I can’t remember the exact age I was when my mom thought it was time for me to “retire” my blanket. What I do remember was that I was staying at my friend’s house for a sleepover and when I came home, my blanket was gone.

From that point on, I started twirling my hair.  I now know it was done in an effort to recreate the soft white satin feel I had grown to need/crave as a child to help me self-soothe when I was upset or out of sorts.  Not the worst bad habit to have, but not necessarily the best one either. Nevertheless, this habit began to really bother me when I saw both my children start twirling their hair (monkey see = monkey do).

Similarly, when my children were just learning how to speak in complete sentences (around 2 and 3 years old), I began hearing them say the word “um” quite often.  It mainly happened when they were stalling for time or merely wanted to hold my attention for longer. Regardless, it didn’t take me long to find this new behavior quite annoying.  So I said to them:

“Listen guys. I don’t like you saying the word “um.” Slow down. Stop and think about what you want to say and then say it.” They both quickly replied “BUT YOU SAY IT TOO!”…and they were correct in their assessment.

TALKING ABOUT BAD HABITS WITH YOUR KIDS

Habits are hard to break and they can be good or bad.  Leading by example is one of the best ways to teach children.  I always find it hard when I hear parents say things like “Do as I say not as I do.”  Comments like that are counterintuitive to children.

At the end of the day it was time for me to seriously consider breaking a couple of bad habits WITH the help of my children.  So I sat them both down (in a moment when both were mentally able to take in the info) and said:

“Everyone has habits good and bad. I would like for you to stop saying the word “um” and I need to stop as well. So how about we kindly remind each other when we hear someone say “um.”  Also, I’ve noticed you both have started to twirl your hair. That is my bad habit not yours. I would like you to remind me when I twirl my hair so that I can try to stop.”

That was it.  My children became amazingly good at listening for the word “um” and reminded me all the time…like ALL the time;  they even interrupted me mid-sentence when I was speaking to someone.

Current Behavior:  If I had to guess how many times I say the word “um” within the course of a week I would say maybe 1.5 times. (Prior behavior: “um” was uttered at least 20 Xs a day)

Children’s Current Behavior:  The children stopped saying “um” within the first week.  Granted they were only around 2 ½ and 3 ½ so they hadn’t had that long to form the bad habit in the first place. ;)

Current Behavior: If I had to guess how many times the children remind me to stop twirling my hair a week I would say 5 times. (Prior behavior: I twirled my hair almost incessantly when I wasn’t using my hands for other things).

Children’s Current Behavior: The children never really developed the habit of twirling their hair they had just begun to mimic mine…so once I stopped, their habits quickly stopped as well.

HOW TO MAKE IT HAPPEN IN YOUR HOME

You and your child each identify a bad habit you would like to break (start small like stopping yourself from saying the word “like” instead of quitting smoking cold turkey).  Maybe it’s the same bad habit, who knows?

Come up with the terms, i.e. How will you remind each other/monitor the behavior?  Mine just reminded me/shouted with excitement that they “caught me” me whenever I said it.  We did learn about and practice “tone and volume” during this exercise as well.

How will you know you’ve achieved said goal?  Must the habit be completely broken or significantly decreased? (i.e. Me twirling my hair.  It’s now a private/conscious twirl instead of a “dreamy head in the clouds constantly twirling/stress releasing” twirl.)

What type of support would you like from each other?  Verbal- such as saying “Well done, you can do it,” or a more tangible item like a new toy or book?

Now go do it.  If you are struggling with it, share that with your child.  They need to know, to learn that it’s OK to find life difficult at times.  Change is hard even if it is for the better, so lead by example.

This activity is good for everyone in the family.  Along with watching someone struggle to change a behavior you get to teach your child how they too can stop a bad habit.  Don’t go this path alone. Make the pain worth the gain.

My hair twirling habit has a very strong neurologic link to an old blanket that gave me my much needed feeling of security and comfort as a child, and I doubt I will ever completely break this habit.  Well, let me rephrase that…I have drastically reduced the amount of hair twirling I do IN FRONT of the children. However, when they are fast asleep in bed I twirl the hell outta my hair. ;)

Let your children help you become a better person.  Parents are people too, ya know…we make mistakes and we aren’t perfect.  Owning that part of yourself isn’t easy, I know.

It should be noted that doing this with your children won’t make you appear “weak.”  My children didn’t see me as being vulnerable/weak when I asked them to help me become a better person.  My children saw their parent making a conscious effort to improve themself.

I put a lot of focus and effort into stopping myself from saying the word “um.”  I ain’t gonna lie…I also got tired of the awful screeching sound my little 2 year-old made when she shouted “YOU CAN’T SAY UM!!!”.  My ears are still ringing….and I can proudly say I’ve stopped saying um….um….about 99% of the time.  My hair twirling is also significantly decreased.

It’s never easy changing oneself. I’ve found through, that it’s the only way to become the person I want to be, so I march on. 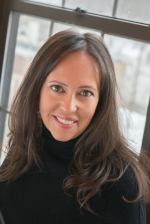 I am a 42-year-old biological mother of two young children in a same-sex relationship, a clinical psychologist with a specialty in neuropsychological assessment, a music therapist, a trainer of therapy dogs and ex-communicated Mormon from Indiana with a wicked sense of humor.
MORE FROM Dr Bethany:
More about Me, Please check out my new parenting book!, Paying it Forward
Red Tricycle > Spoke Contributor Network > Real Talk > Smart Ways to Stop Bad Habits Before They Get Out of Hand 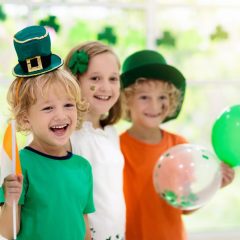