These Blind Box Collectibles Reveal Themselves in an Avalanche of Snow

Blind bags bring an extra level of excitement to toy giving. Be Amazing! Toys, a leader in developing STEM-based kits that offer hands-on fun for kids, announces the debut of Snow Pets, a new line of blind box collectibles revealed by a frosty reaction that sparks a mini-avalanche of overflowing snow. Snow Pets’ initial series of eight characters, along with eight “Rare” icy pets, are available on Amazon and in specialty toy stores, followed by the release of an exclusive collection featuring special “Ultra Rare” gold editions at Michaels Stores Dec. 4. 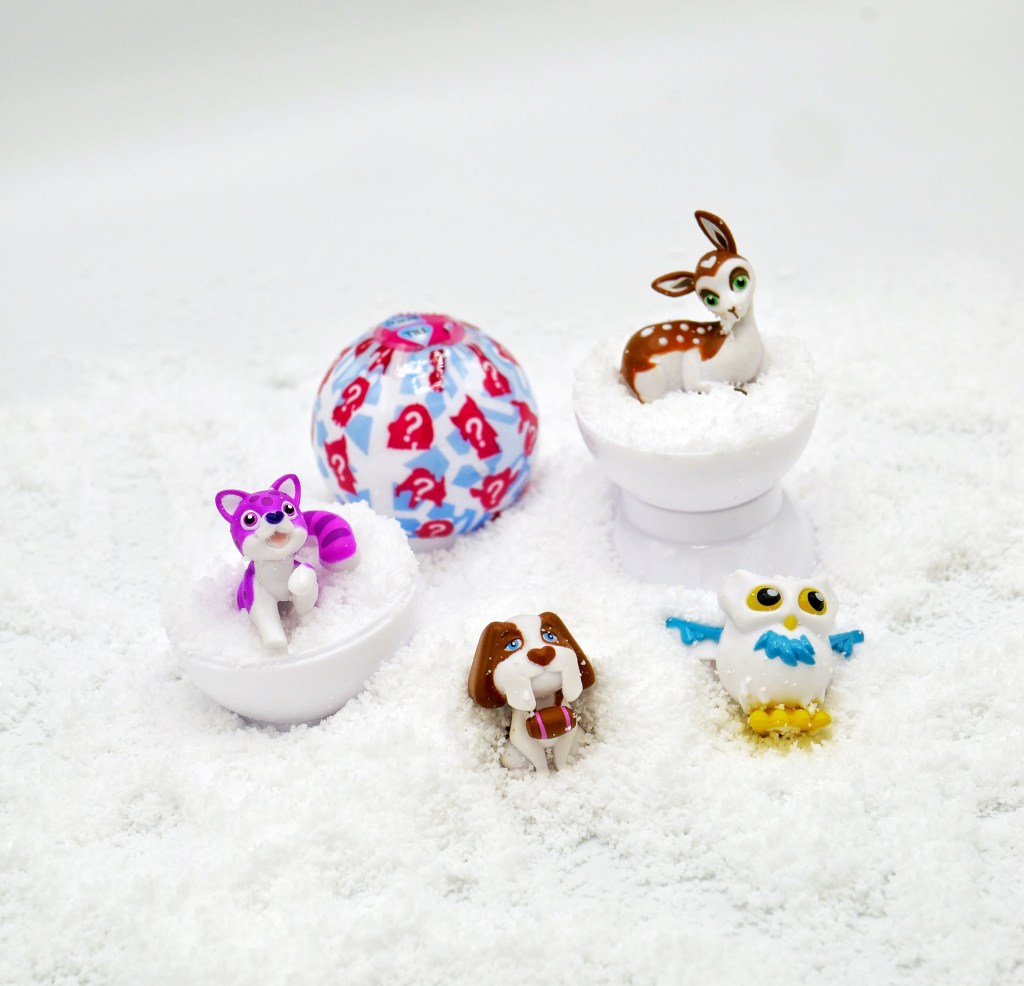 Combining kid’s love for science, mystery reveals and collectibles with unmistakable, whimsical winter characters, Snow Pets offers kids an immersive experience of fun, friendship, adventure and play. Snow Pets hail from the magical wintry wonderland of Snowy Falls, but await their new friends deep within their snowballs until awakened by adding water. After a jaw-dropping snowy eruption, a Snow Pet is revealed to its new owner.

From a loyal Saint Bernard named Scout to Skye the teaching Owl and a compassionate fawn named Willow, each of the eight series one Snow Pet characters brings a unique personality to their world of Snowy Falls. For an even more thrilling surprise, each character in the first collection also has a “rare” counterpart in the form of a twin covered in a glittery, icy finish. The second series, available exclusively at Michaels Stores, will also include special golden “ultra rare” Snow Pets. Kids will love collecting them all, learning about each character and building their very own village of Snowy Falls.

Discovering the pal inside the snowball is only half the fun. Once revealed, a Snow Pet can be used for endless play, creating stories with other Snow Pet characters, or even becoming an adorable pencil topper. Additionally, the snow included within each Snow Pet provides tactile play and aids in kids’ sensory development.

Snow Pets are available in specialty retail stores and on Amazon and in Michaels stores Dec. 4. Michaels will feature an immersive end-cap display that brings the world of Snow Pets to life, and in addition eight exclusive gold “Ultra Rare” SKUs.

All photos courtesy of Be Amazing! Toys