SpongeBob SquarePants fans rejoice! The beloved Bikini Bottom star is the subject of a MONOPOLY game—and it’s about to go viral. 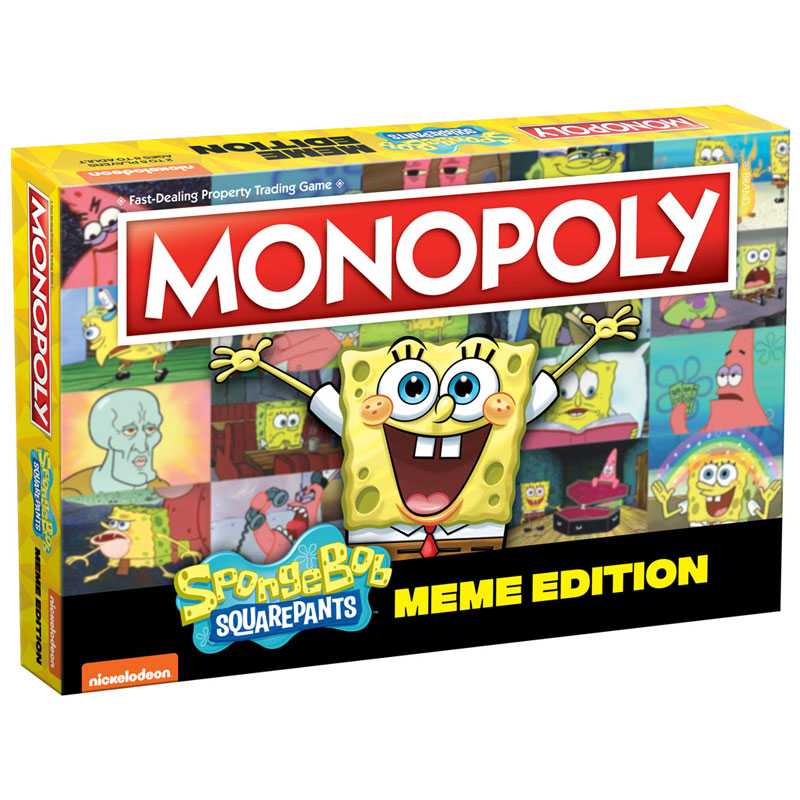 The Meme Edition of this MONOPOLY game features six custom-sculpted tokens—Bubbles with Bubblewand, Mermaidman’s Belt Buckle, Squidward’s Clarinet, SpongeBob’s Spatula, a Krabby Patty and Jellyfish. To play the game you need to buy, sell and trade Internet famous images of SpongeBob and his BFFs from Bikini Bottom.

Forget about Houses and Hotels. In this edition, you’ll build Posts and create Collections! Keep playing to get Likes and bankrupt the other players. MONOPOLY: SpongeBob SquarePants Meme Edition also replaces the tried and true Community Chest cards with Comments and Shares.

This game is intended for two to six players ages eight-years and up. Find MONOPOLY: SpongeBob SquarePants Meme Edition here for $39.99.