Who lives a pineapple under the sea? Maybe you! Vrbo and Paramount Home Entertainment recently teamed up to re-create SpongeBob SquarePant’s iconic animated abode—80 feet above sea level in Seal Beach, California.

In celebration of the new film The SpongeBob Movie: Sponge on the Run (available starting Mar. 4 on Premium Video-On-Demand and Paramount+), Vrbo and Paramount Home Entertainment converted a historic water tower into a pineapple-shaped vaycay home. 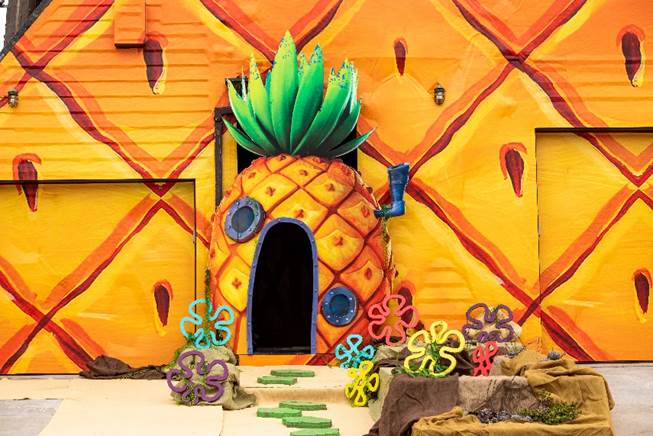 While the Vrbo rental isn’t in Bikini Bottom, it does have just about everything else SpongeBob’s home does. The IRL version of the animated pineapple has a living room that features SpongeBob’s notable red couch, a Krusty Krab-themed kitchen and a pineapple-shaped entrance. 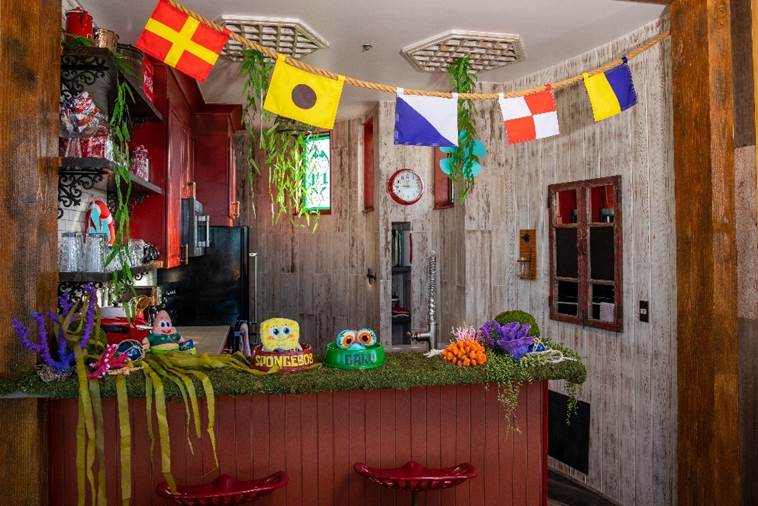 Lish Kennedy, VP of global brand marketing at Vrbo, said in a press release, “Families can book cabins, condos, castles, treehouses and train cars on Vrbo, but this is the first time we’ve had a gigantic pineapple on our platform.” Kennedy continued, explaining the new-normal way guests can experience this rental, “We’re glad people can tour the Pineapple Over the Sea virtually and enjoy the new movie at home together.” 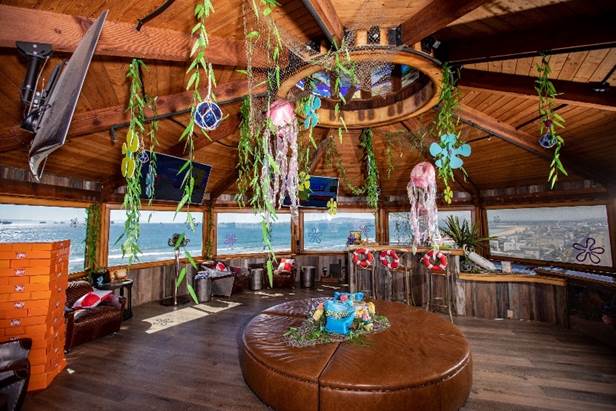 Instead of the typical Vrbo weekend getaway rental, this pineapple creation is currently only available to view online. According to a press release from the brand, “Due to travel restrictions and regional stay-at-home orders in California, the Pineapple Over the Sea will not be available for guests to book.”

To take a virtual tour of the Pineapple Over the Sea rental, visit Vrbo’s website here.