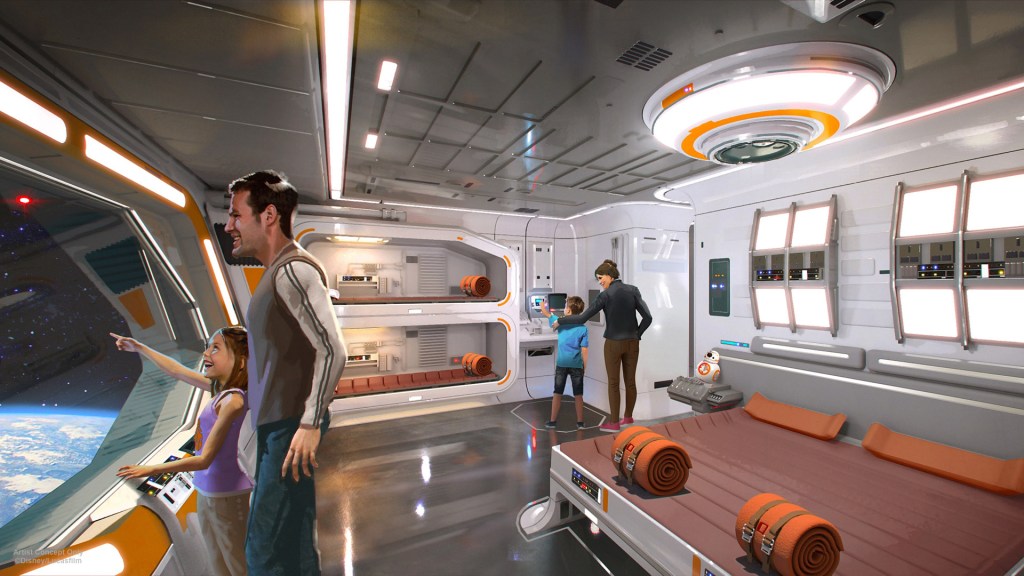 Excitement has been building for months over all the new Star Wars experiences coming soon to Disney Parks, but there’s nothing quite like a sneak peek to get the full scope of just how galactic it will really be. This glimpse of the new Star Wars hotel at Disney World will instantly solidify your family vacation plans.

Over the weekend, Disney hosted its D23 Expo in Japan where they unveiled details about tons of new experiences coming to Disney Parks around the globe, including the new Star Wars resort that will open alongside Star Wars: Galaxy’s Edge at Walt Disney World.

Much like the experience at Galaxy’s Edge, everything in the resort promises to be entirely immersive. The idea is that it won’t simply be like you’re visiting a Star Wars– themed hotel, instead your family will feel like you’ve just stepped foot into a new universe.

Every window in the resort will give guests a view of the vast, star-filled galaxy and you will even be able to get into character and dress the part of galactic space travelers.

The new resort doesn’t have a set opening date yet, but if this little peek is any indication it will be more than well worth the wait.

Are you excited to for all the Star Wars action heading to Disney Parks? Share your thoughts in the comments.

Disneyland Just Revealed Its Plans for a New Hotel Resort