It’s not every day a family gets to welcome quadruplets—and it’s also not every day that they get to have their photo captured in the most galactic way possible. Arizona-based photographer Lizzy McMillan set up a truly out of this world photoshoot for the Szafranski quadruplets: Emery, Damon, Gideon, and Theo, who were born Mar. 18 this year at just 29 weeks. Parents Kylie and Phillip are Star Wars fans, so a Star Wars-themed photoshoot for their quadruplets was obviously the best way to document the early days of their little preemie padawans.

There’s no denying the Force is strong with this family, as you can see the Szafranski quadruplets from left to right  dressed up as Princess Leia (Emery), Yoda (Damon), Han Solo (Gideon) and Luke Skywalker (Theo) below: 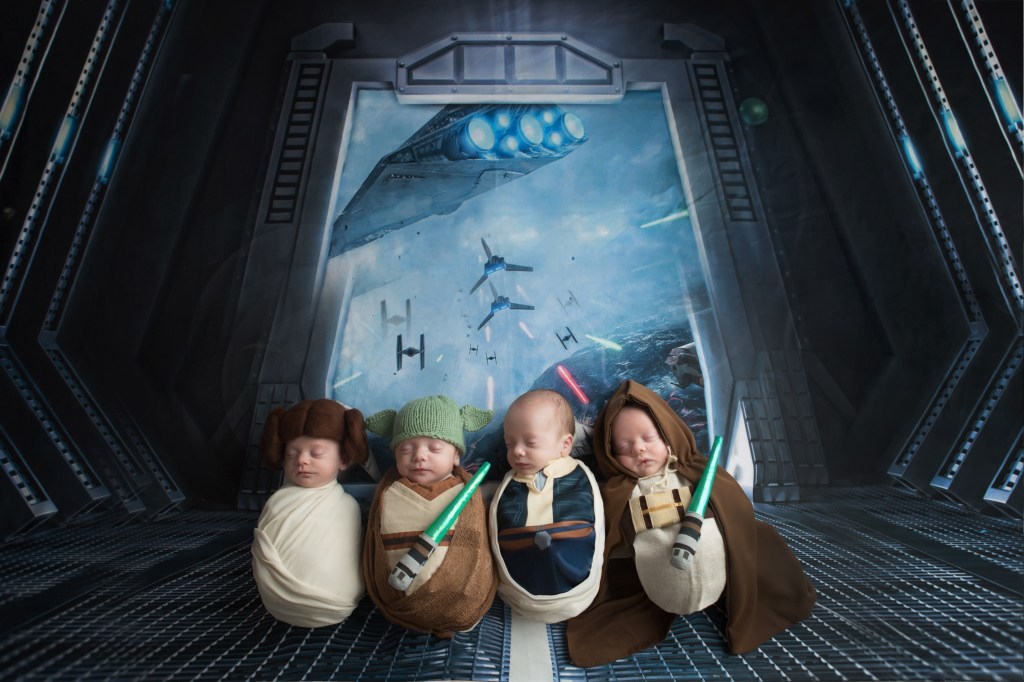 But like all children, these quad cuties seem to harbor a Dark Side, too. “I initially thought of the Jedi photo. It made sense, with one girl and three boys,” McMillan told Red Tricycle via email. But when the 32-year-old photographer learned that Phillip was more of an Empire sympathizer, the idea to produce a second complimentary Dark Side photo came to fruition.

From left to right is eldest daughter Emery as Darth Vadar (with a pink bow! OMG I just can’t right now) and little brothers Damon, Gideon and Theo as Stormtroopers: 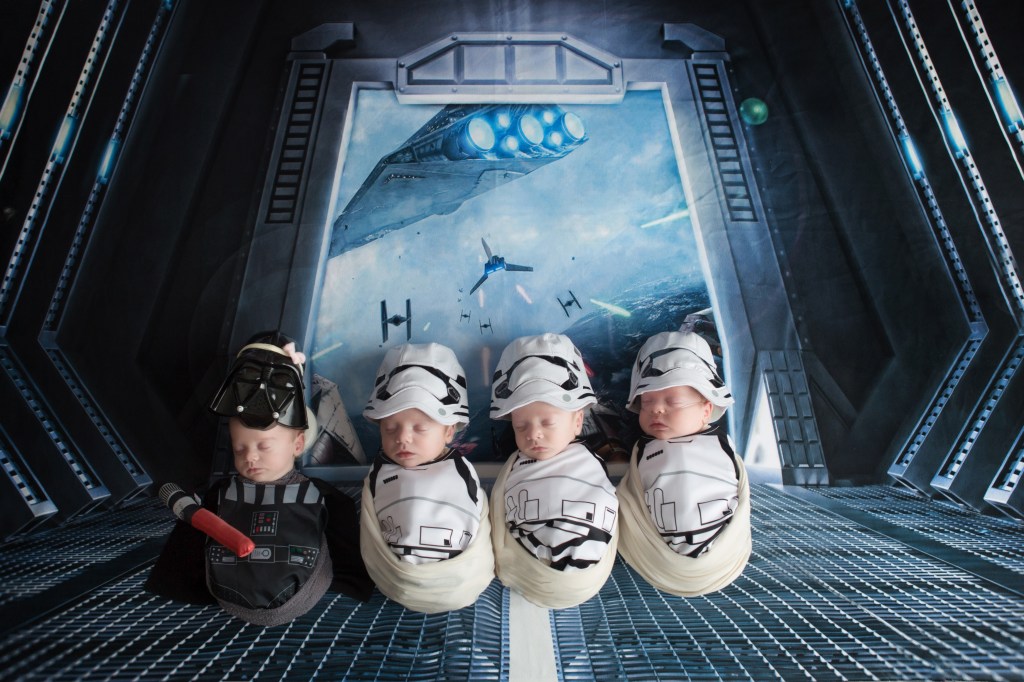 “I specialize in newborn photography, particularly in newborn multiples,” McMillan said. “While most of the portraits I create are timeless, classic or neutral, I always aim to create unique artwork for each individual family.” McMillan’s efforts, which included tracking down “newborn-sized Darth Vadar and Stormtrooper masks” at her local Build-A-Bear, resulted in a truly stunning one-of-a-kind set of family portraits that the Szafranski family will be able to treasure for years to come.

But how exactly does one wrangle four little babies wise in the ways of the Force? “Their entire session took just under 4 hours; not bad at all, considering a single newborn session is about 2 to 2.5 hours,” McMillan said. Also on hand to help were two additional photographers, as well as parents Kylie and Phillip, and big sis River, who is 3.

(If you just did the math at home like I did, you’re right: the Szafranskis are a family of five kids under 5.)

No word if Kylie and Phillip have yet gotten a night off to go see Star Wars: The Last Jedi, but here’s hoping they get a little downtime—and maybe some “grandparents please watch the babies” time!—over the holidays to get a little (Han) solo-time just for mom and dad.

Is this not the cutest baby photoshoot ever? Share your thoughts (but let’s skip those Last Jedi spoilers, please) in the comments!