Star Wars: Galaxy’s Edge is officially open at both Disneyland and Disney World, but the best attraction is yet to come. Disney has revealed new details on the new Rise of the Resistance ride and it’s going to be epic.

The new ride, which draws on the design and function of several of Disney’s most popular attractions, is unlike any other ride they’ve ever designed. It combines elements from multiple ride systems to create a record breaking 15 minute journey. 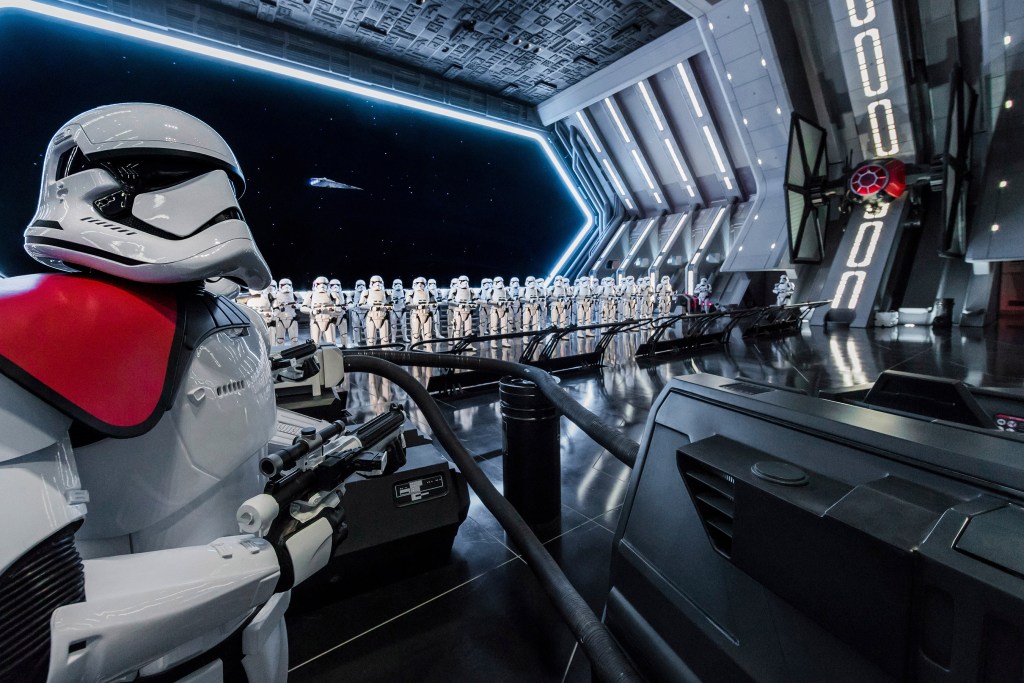 The attraction starts off with riders arriving at an outpost planet. They are then recruited to join the resistance and given a mission to head to General Organa’s secret base. However, the standing-room ship you’re loaded onto quickly gets pulled into a Star Destroyer, where you are taken prisoner by the First Order.

Guests will then climb aboard a trackless vehicle that incorporates simulators and animatronics. They will find themselves driving below the bellies of two life-sized AT-ATs and making their way through the Star Destroyer hangar trying to escape Kylo Ren. Luckily, each vehicle will be quipped with a droid to help guide the way to safety.

In one sequence, new technology will give riders the sense that they are actually falling through space and crash-landed on the planet of Batuu. According to Travel and Leisure, this will be accomplished through a revolutionary new design which physically drops the ride vehicle onto a motion simulator base for an entirely new ride element.

Fans don’t have much longer to wait for this incredible new experience. Rise of the Resistance opens Dec. 5, 2019, at Disney’s Hollywood Studios in Florida and Jan. 17, 2020, at Disneyland.

Now You Can Fly a “Star Wars” Airplane to Disney World