The dozens of credit card offers that pour into your inbox and flood your snail mail can make you feel like you want to nix the plastic in favor of anything else. But then you see the perks and suddenly some of those offers seem sweet. Well, Starbucks is now offering one of those pretty perky perks type of deals. And here’s why you may actually want to start earning: The coffee giant recently announced that they will launch the Starbucks Rewards Visa card

Co-branded with Chase, the card will officially debut later in 2018. So how will the new Sbux credit card work? When you use your card to make purchases, the charges earn you points (which are also known as “Stars”). Rewards points translate into free Starbucks food or drinks. 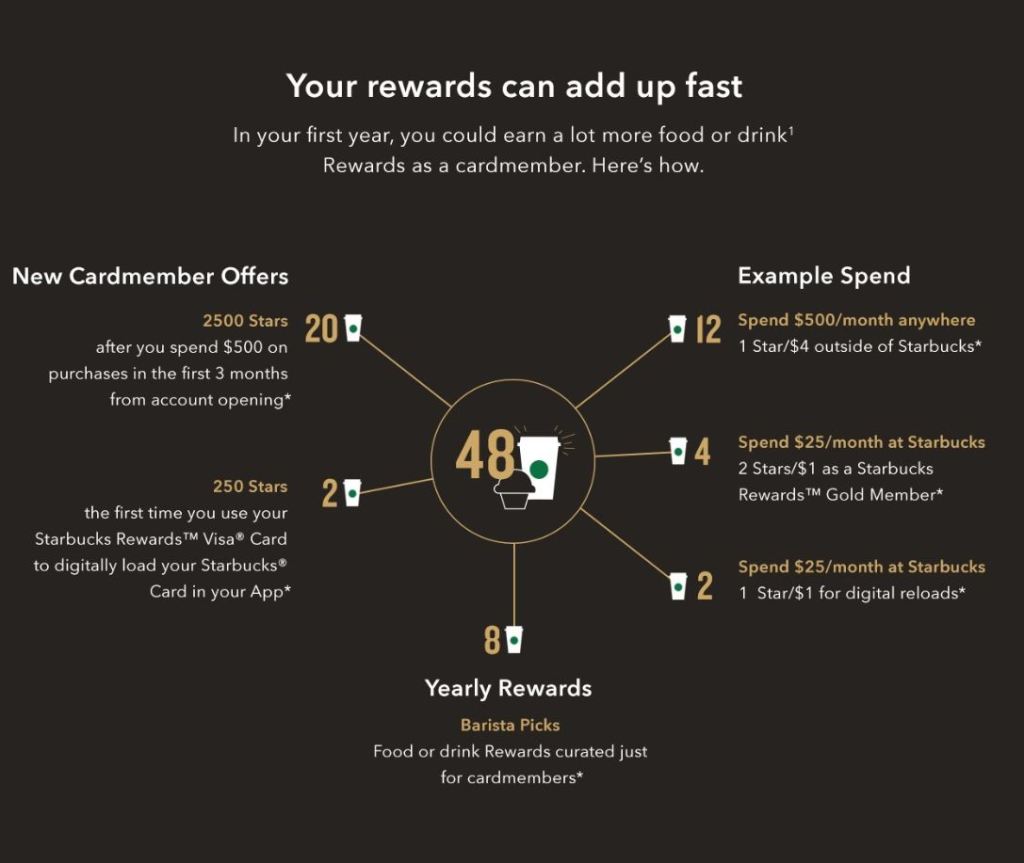 Here’s the catch: the card has a $49 annual fee. But if you compare that to what you’re already spending on lattes and Frappuccinos, you might actually come out ahead.Starbucks’ Executive Vice President and Chief Strategy Officer Matt Ryan, said in a statement, “It’s important to us to make earning Rewards as easy for our customers as possible, and the Starbucks Rewards Visa card is a powerful tool for us to do that because of how easily it fits into their daily lives.”

New cardmember perks include the opportunity to earn 2,500 Stars after spending $500 on purchases during the first three months (after opening the account). This translates to 20 food or beverage items. You can also earn 250 bonus Stars when you use your Visa card to load your registered Starbucks Card in the coffee company’s mobile app (first time only).

You won’t just earn Stars at Starbucks. For every $4 spent on purchases outside of Starbucks you get one Star. You’ll also get “Instant Gold Status” in the Starbucks Rewards program and curated food/beverage Rewards loaded onto your Starbucks Rewards account.

What is your favorite Starbucks’ menu pick? Share your answer in the comments below.

Does Working from Starbucks Make You More Productive? It’s Not Just the Caffeine