Starbucks is testing a completely cashless store. Come on, when was the last time you had cash in your wallet? Maybe you got $10 cash back after using your debit card at the grocery store just so that you could give your kiddo some spending money to buy a few treats at the community pool. Or maybe you happen to have the $20 that your grandma sent to you in a birthday card (because she sweetly thinks you’re still 10). Whatever the reason is, chances are that your cash carrying days are few and far between. At least that’s what Starbucks is banking on. 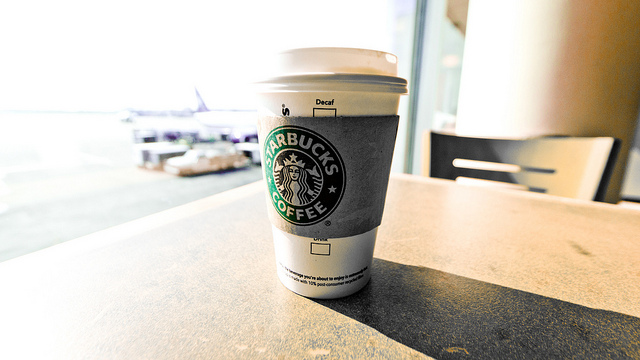 Not only is cash going the way of the dinosaurs, but more and more consumers are using mobile forms of payment. Forget about swiping your card, or using the obnoxiously loud little chip reader, it’s all on an app now.

Starbucks CEO Kevin Johnson told CNBC’s Squawk in the Street that 30% of the company’s payments in the US are made via mobile phones. With a growing number of Starbucks customers using mobile technology to pay for their Frappuccinos and limited-edition secret menu lattes, the company is trying out an entirely cashless store in Seattle.

While they haven’t announced plans to turn all of their stores into cashless coffee bars, Starbucks is keeping a watchful eye on how the mobile-friendly experiment goes.

What do you think about cashless stores? Share your thoughts in the comments below.