Starbucks Unveils It’s 2017 Holiday Cup, and You Can Color It!

The candy corn is packed away and you’re trading the scarecrows for Santas. The winter holidays are almost here and that means one thing — Starbucks is unveiling their new seasonal cup. Yep, it’s time for Starbucks’ 2017 holiday cup. And we all pretty much knew what it would look like. Yeah, yeah, it’s supposed to be a secret. But thanks to a Reddit user, the whole world was privy to a sneak peek at the design. But now the cups are here for real. And we’ve got the scoop. 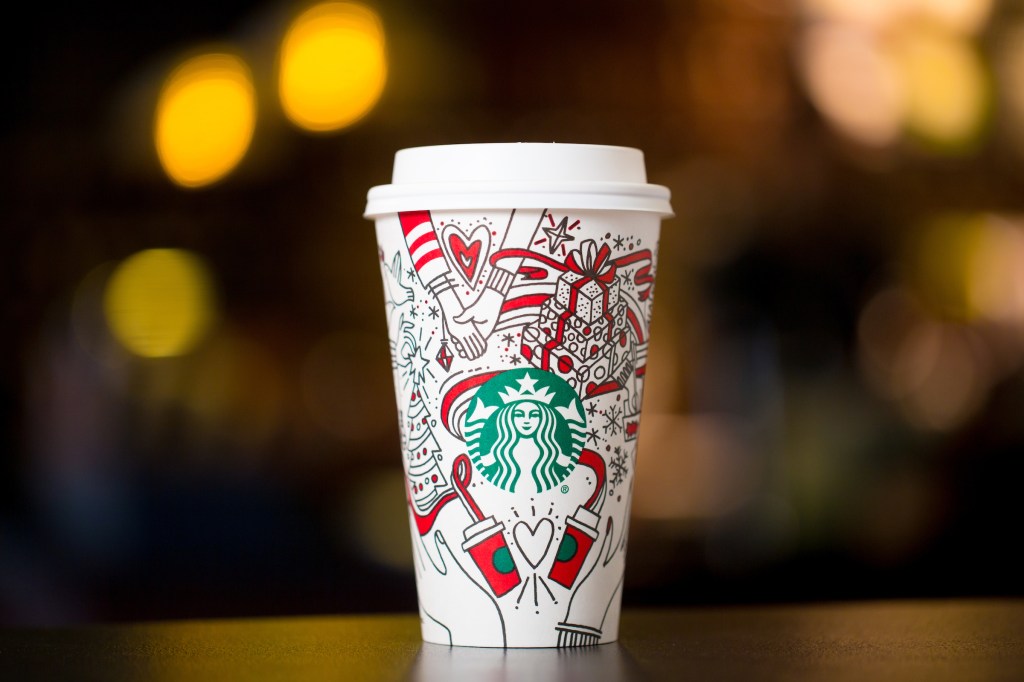 Starbucks has been rolling out the special holiday cup for two decades, since 1997. As expected, this year’s version is covered in black and white drawings (with some red and green fill). Even though the cup design was leaked weeks before it was officially announced, there’s one thing that we didn’t see coming. The fab black and white design is actually a color-in cup.

That’s right. Starbucks’ new cup is meant to be colored. Instead of staying black and white, you can put markers, your kiddo’s crayons or a set of colored pencils to use and transform your cup into a rainbow of artsy awesomeness.

Executive Creative Director for Starbucks, Leanne Fremar, says, “This year’s cup is intentionally designed to encourage our customers to add their own color and illustrations.” She goes on to add, “We love the idea of everyone making this year’s cup their own.”

What do you think about Starbucks’ 2017 holiday cup? Tell us in the comments below.