Starbucks’ Halloween Frappuccino Is Its Craziest & Tastiest Yet

So what exactly is a Witch’s Brew Frappuccino? According to Starbucks, it’s a “charming concoction” and includes a purple blend of “toad’s breath” and orange creme Frappuccino, with a swirl of green “bat warts”—made with chia seeds.  Oh, and it’s topped with vanilla whipped cream and a ghoulishly green “lizard scale” powder.

(Don’t worry—no real lizards were actually used in the creation of this delish drink.) 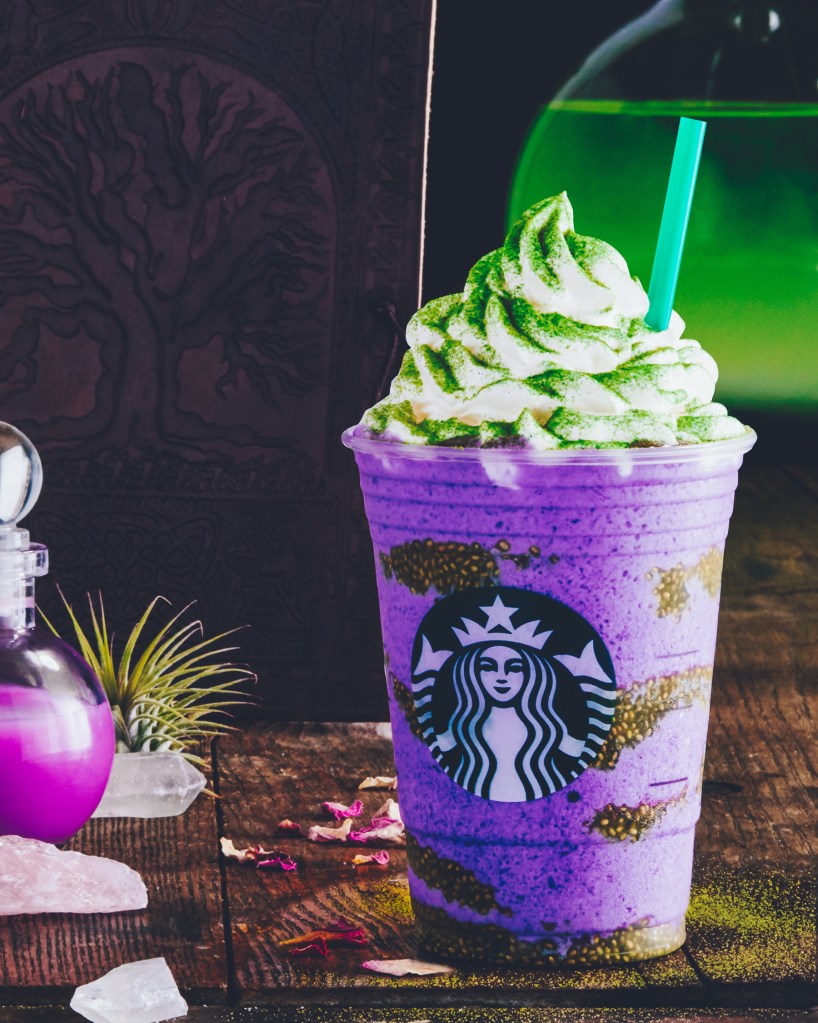 Starbucks beverage department team member Jennica Robinson said, of the drink, “We wanted to create a flavor that you might enjoy at a Halloween party.” Robinson also added, “It gets a little bit of juicy-ness from the orange flavor.” Um, yum!

Even though this is certainly a standout drink on Starbucks’ beverage menu, it isn’t the first Halloween-themed concoction that the coffee retailer has created. Way back in 2014 Starbucks introduced us to The Franken Frappuccino. The following year they tried out the Frappula Frappuccino. That stuck around for one more Halloween season, until the Zombie Frappucino made its debut in 2017.