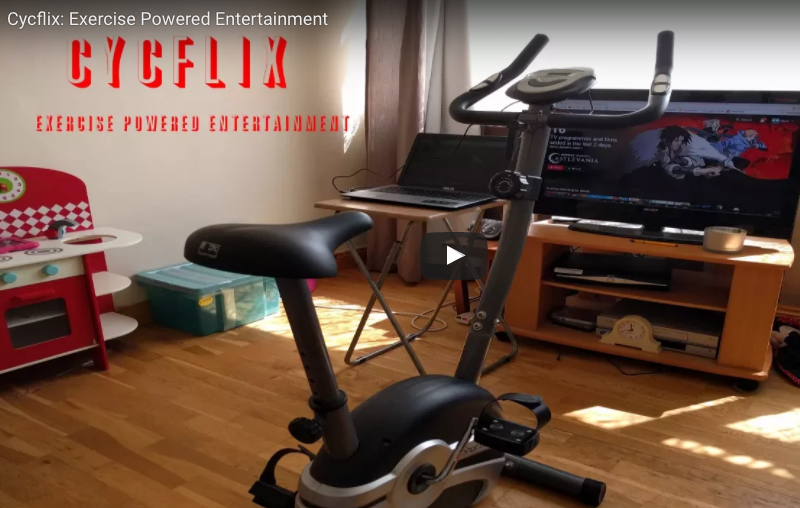 Sure, you can prop your stationary bike in front of your TV and do some cycling while you catch up on the whole first season of Stranger Things. But who’s to say you’ll keep your speed up? What if you get tired and choose to watch the show from the couch next to the bike?

Engineering student Ronan Byrne from Ireland has a solution: he has invented an exercise bike that will only let you watch Netflix if you’re pedaling. If you stop — or if you go below the desired speed setting — say goodbye to Netflix!

Byrne made his “Cycflix” workout machine by rigging a regular stationary bike with a device that connected to his computer (which then connected to the TV). It works like this: basically, when the movement of the pedals slows or stops, the video stream stops; when the cycling resumes, so does the video.

So… you’ll take two of them, right? Wrong. The bike isn’t actually for sale. But you can make it yourself: Byrne posted detailed instructions on how to make the bike on the public DIY site, instructables.com.

We’re not going to lie to you: these instructions are hard to understand if you don’t have a degree in electrical engineering. But it’s a cool idea, just the same.

Would this bike help you get a workout in? Tell us your thoughts in the comments below.