Take a trip back in time to your ’90s self with these retro Steve Madden platform slides, which have returned to stores just in time for summer.

These quintessential Steve Madden sandals were so popular when they were first released in 1999 that chances are you and every woman you know owned a pair. You might even still have them stuffed in a dark corner of your closet, but if not here’s your chance to own a pair of these platform slides once again. 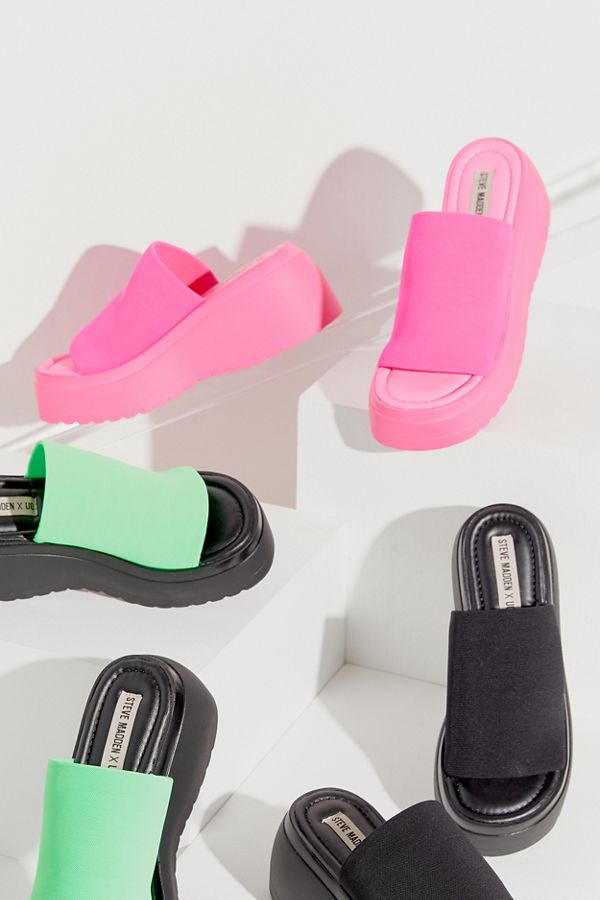 Steve Madden has teamed up with Urban Outfitters to bring back the uber-popular platform slides. The perfect summer shoes are apparently still so popular that they’ve already sold out online in just a few days. Re-released in the original black color, as well as two new modern editions in black with a neon green strap or a completely hot pink pair, all three color selections were selling for $70 at Urban Outfitters. They are currently sold out, but hopefully with such an incredible demand the company will stock more. 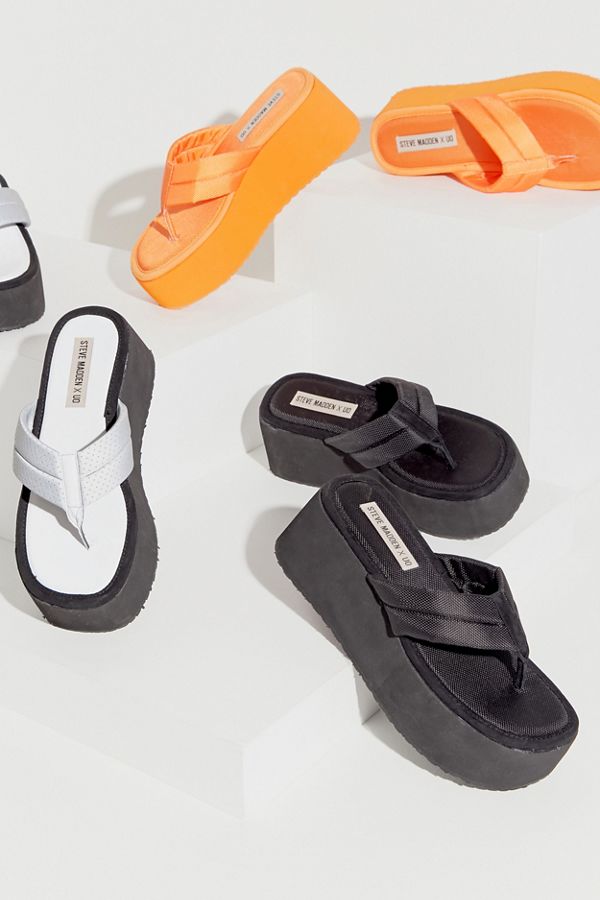 In the meantime, if you’re still dying for a Steve Madden platform, the collaboration has also rolled out the flip flop version of the platform made popular by Lizzie MacGuire. The thong platforms are still available in neon orange, black and multi colored for $60.