The Story Pirates Release an Album Based on Kids’ Story Ideas

The Story Pirates are known for taking kids’ wildest story ideas and turning them into award-winning musical sketch comedy. Today they released a digital album of 12 original songs, Cats Sit On You. These fan-favorite songs from seasons 2 and 3 of Story Pirates Podcast, were remixed and mastered for the new album. 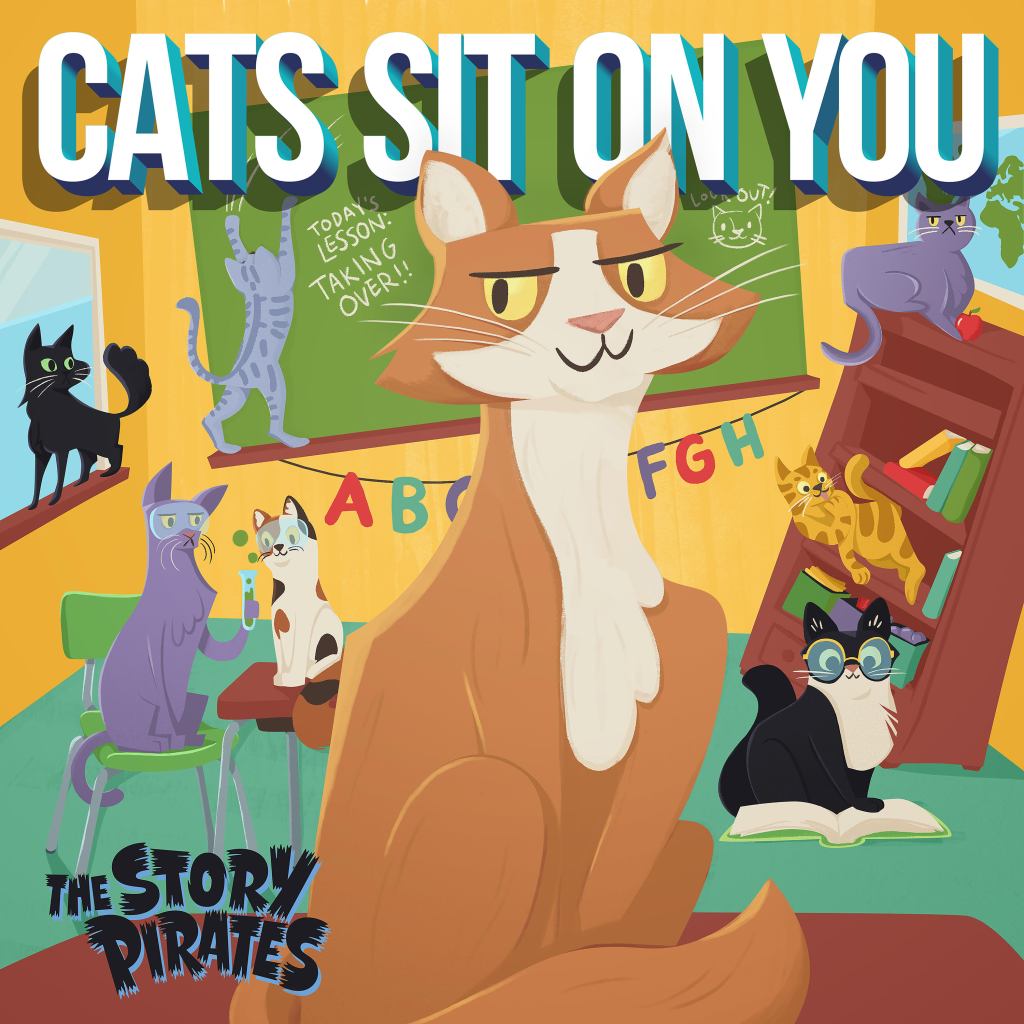 Cats Sit On You is already a hit on SiriusXM’s Kids Place Live, based on a  one-line story written by Alex, a 6 year old from California. In full, it reads: “Cats sit on you, and sometimes they take over the school.” Another hit from the podcast, “Banana Clown,” is a fan-favorite song featuring Grammy Award-winning rapper Secret Agent 23 Skidoo. The original story is about a guy who has a hard time finding the right job, written by an 8 year old from Massachusetts named Benjamin. Another hit from the podcast is “Humming,” a song about a simple habit that snowballs into a worldwide trend, from a story written by Emily, an 11 year old from Texas.

The timeliest song on the album is “The First Kids to Work at the Census,” which debuted on the podcast in April. It’s a song about two kids who just want to put their natural talents to work. The original story is by William, a 7-year-old from California, whose dad actually works for the U.S. Census.

Tonight, Aug. 28 at 7p.m. ET (4 p.m. PT), The Story Pirates will celebrate the album release with a live-streamed improv show called the Story Creation Zone, and a Cats Sit On You themed dance class, exclusively available to Story Pirates Creator Club subscribers. For information, and to start a free trial, visit StoryPiratesCreatorClub.com. An album release celebration featuring the songwriters and performers, plus special guests, will be announced in September.