Grab your headphones! It’s time to tune in to another exciting season of the popular Story Pirates podcast. Season 4 debuts today with a special guest appearance by Stephanie Hsu (Be More Chill, Marvelous Mrs. Maisel) and a new theme song written by Bobby Lord, arranged by Brendan O’Grady and Jack Mitchell, and performed by beatbox artist Kaila Mullady. 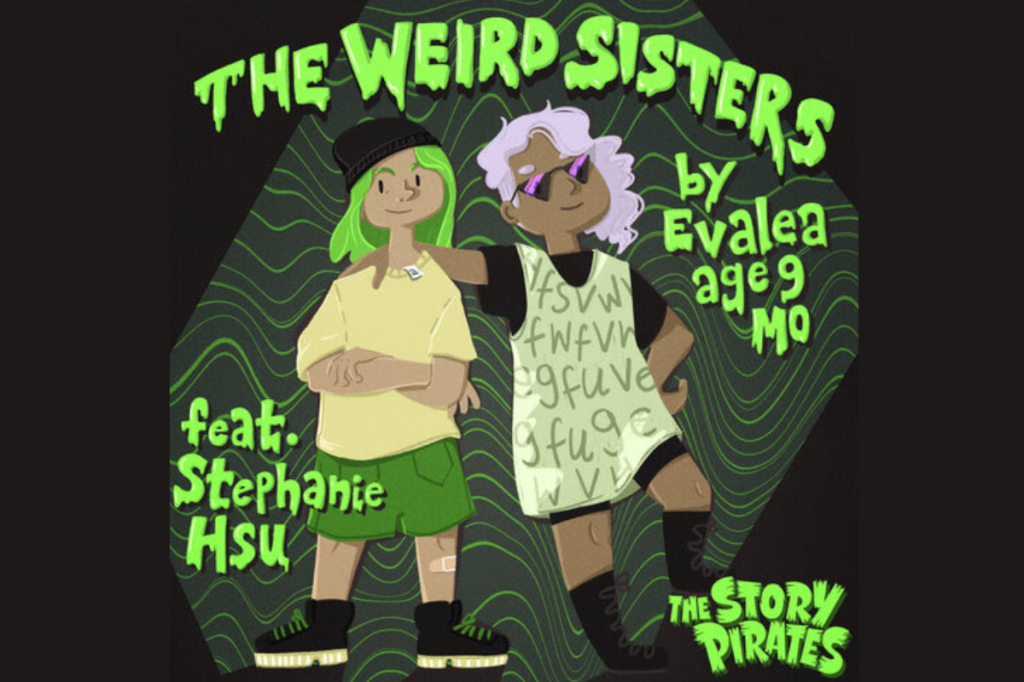 Season 4 begins deep under the ocean, where the last episode of Season 3 left off in dramatic fashion with the mysterious return of Story Pirate Rachel. In the 2-part season premiere, the Story Pirates discover that Rachel is back to her treasure hunting ways, this time in fierce competition with a singing submarine captain named Eric.

Like all Story Pirates entertainment, the episode’s featured song and story are adapted from real kids’ ideas. The Weird Sisters, by 9-year-old Evalea from Missouri, is a poppy Billie Eilish homage song composed by Monique Moses and featuring Stephanie Hsu. Eloy, a 7 year old from New Mexico, is the author of The Secrets of the Paintings, during which a talking Mona Lisa foils an art heist. Story Pirates co-founder Lee Overtree interviews kid authors during each episode.

With millions of students going to school virtually, families are looking for fresh resources to spark creativity, connection and play. Meeting kids where they live right now, the Story Pirates also just launched regular online after school programs as part of their popular Creator Club.

Every week, Creator Club subscribers tune in to listen to Story Pirates Radio, participate in the livestreamed highly interactive SPTV and Story Creation Zone episodes, and engage with teaching artists in workshops which help young authors explore and share their creativity in a safe, hilarious and freewheeling environment. On Oct. 15th at 7 pm ET, Creator Club members will enjoy a special Zoom call where they can interact with podcast hosts Lee Overtree and Peter McNerney.