10 Weird & Strange Reasons Your Kid Has Thrown a Tantrum

You know it’s hard out there for a kid. Parent’s plugging them into five point restraints like they’re phones on a charger. Being told what to eat. Where to sleep. What to say. But you know what? They have no problem telling you they’re not going to take it anymore. Read on for 10 of the weirdest and strangest reasons kids have thrown a tantrum. 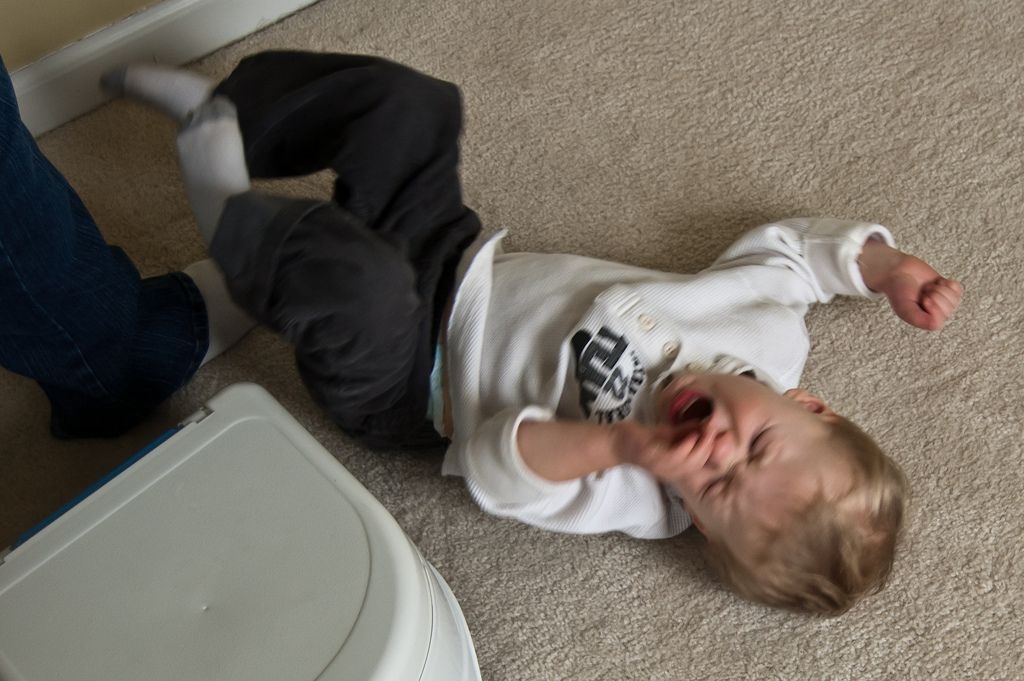 1. Her name. So you’re telling me that I, your mom—who conceived, bore, and birthed you—not to mentioned named you, have been calling you by the wrong name all these years? You’re really Starfish Sunshine? Well I beg your pardon, double-S.

2. The color of his food. Everyone knows a kid in the “I only eat white food” phase. But have you ever met a kid that only eats green? No. Because that kid doesn’t exist. And we dare you to try and find one.

3. The wrong band-aid character. Forget the fact that she doesn’t really need a band-aid in the first place, but woe be the dad who suggests a Darth Vader when what she’s looking for is a Cubby.

4. A hurt ant. Why isn’t anyone helping him save. the. hurt. ant?!? (The one that he accidentally clubbed while trying to save it. That one.)

5. The name of her soccer team. We do kind of have to give it to her on this one. I mean, would you get fired up playing for the Rainbow Donuts? Maybe, but that’s besides the point. She isn’t. And she’s not going to be.

6. Not tickling him long enough. Every parent knows that The Tickle Monster can take on a life of its own. Let it off its leash long enough and the inevitable tickle-me-more meltdown is bound to happen.

7. The dog didn’t walk on the leash the right way. Never mind that the dog is an 80 pound lab that’s been in the family a decade longer than your bio kid. That fur ball should know better than to stop and sniff a hydrant.

8. Someone ate all his muffins. It was him. How dare he?

9. The oven. No, he doesn’t just want to eat cookie dough. He actually wants warm, fluffy cookies. The oven’s just being a problem. Again.

10. She got wet… taking a bath. Colorful boats? Check. Washable wall markers? You bet. Water? What?! Who said anything about water? It was all fun an games until the water part.

How do you know the tantrum revolution has begun? Tell us in the comments section below!