Even though spring has spring and summer is barely peeking around the corner, we’re already thinking about Halloween! Netflix’s Stranger Things at Universal Studios will making its return this fall and here’s what you need to know about this awesome experience.

Universal Orlando Resort’s Halloween Horror Nights will transport you to Hawkins, Indiana for an all-new haunted house experience that features some of your fave—and terrifying—scenes from Stranger Things 2 and 3. If you’re a West Coast-er, don’t worry. The Stranger Things haunted house attraction will make its way to Universal Studios Hollywood this fall, too! 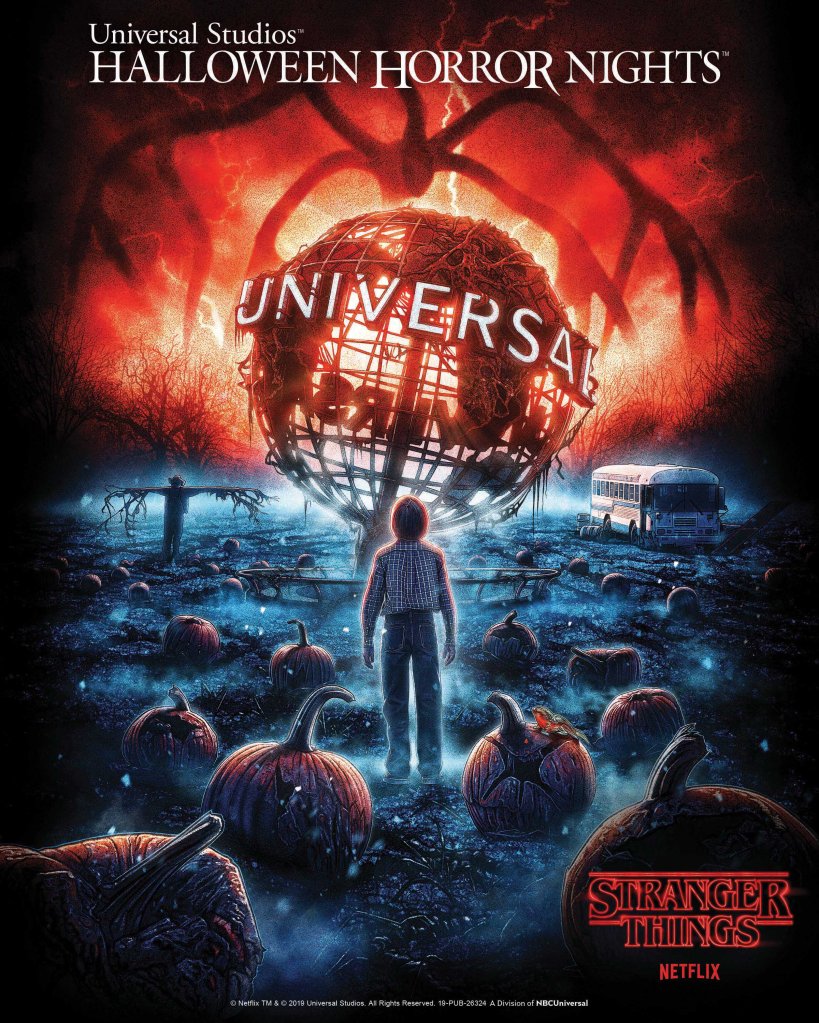 So what can you expect from this kind of creepy attraction? Only the best, and scariest, parts of the series. Think snarling Demodogs and iconic locations such as Chief Hopper’s cabin and the newly-revealed Starcourt Mall that will feature prominently in Stranger Things 3, scheduled to premiere this summer on Netflix.

Along with the Stranger Things-themed Halloween hoopla, Universal Orlando will also feature 10 haunted houses, five scare zones and live entertainment during its 2019 Horror Nights. The event runs from Sep. 6 through Nov. 2, 2019 and tickets are available now. Buy a Flex Ticket by Jun. 5 and get a second night free; tickets are only good for Sunday through Friday event dates, cannot be used on two consecutive nights and are available online only.