There’s a new superhero—and her name is Super Sema! The animated 10-year-old Kenyan girl is part of a new series, headed by Oscar-winning actress Lupita Nyong’o.

Nyong’o voices Super Sema’s title character and is an equity partner in the series’ production company, Kukua. According to Kukua’s website, the production company’s mission is, “To empower the children of the 21st century with the skills and capacity to dream beyond what they think is possible and to imagine and create a better world.” 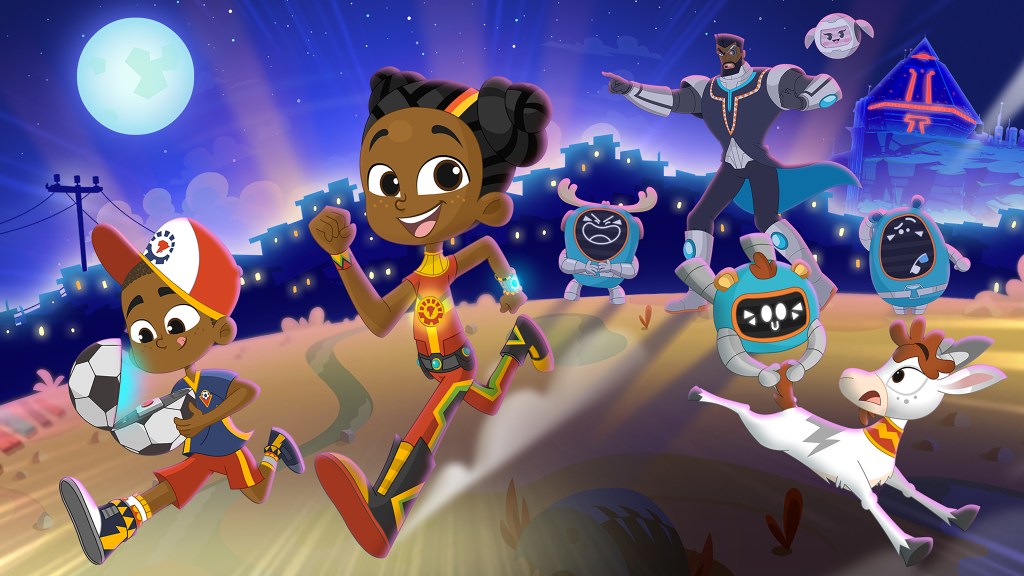 The new series follows Super Sema and her twin brother MB as they set out to protect their African town of Dunia. Not only is this series an animated superhero adventure, it also emphasizes the importance of science and technology.

Series star, Nyong’o, told Variety, of the production company and the show, “I share Kukua’s goal to empower children through inspiring stories that feature characters in which the children see themselves reflected.” The actress explained that her reaction to the show made her see, “How starved we have been as Africans for kid programming that centers us.”

For more information on Super Sema, visit the show’s website here. Your kiddos can currently catch eight episodes of the animated superhero/science-y show on YouTube!

All photos: Courtesy of Kakua