Survey Shows Dads Are Closing The Gender Gap In Parenting 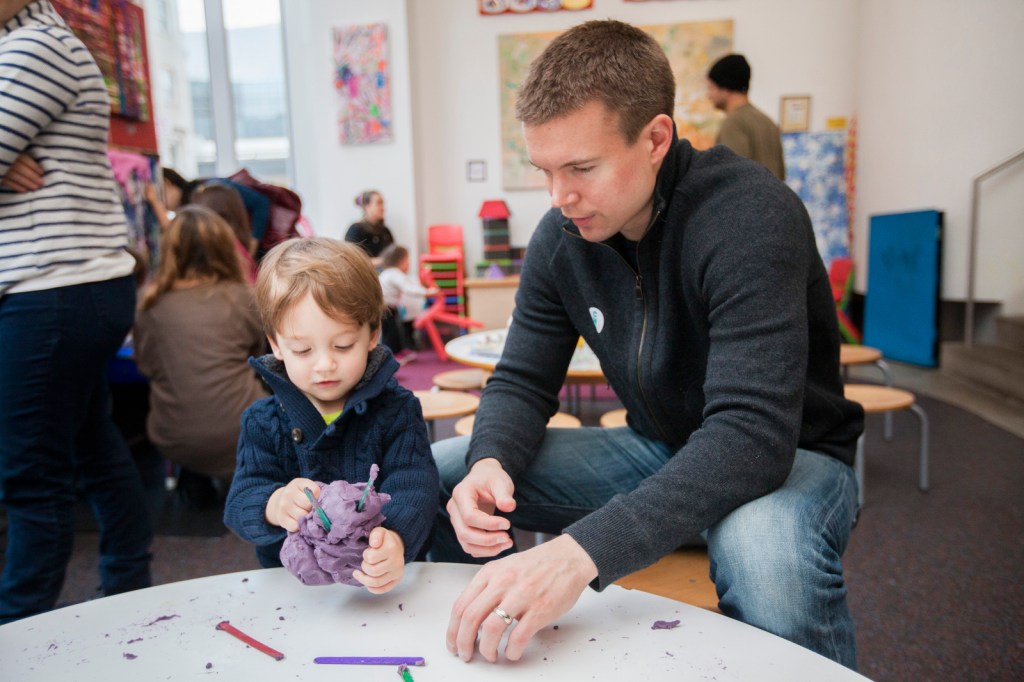 Equality in the workplace might still be an uphill battle, but when it comes to equal roles between mothers and fathers, a new survey finds the gender divide is growing smaller. Read on to find out what the survey revealed about American dads.

As part of a public service campaign to promote fathers’ equal roles as hands-on parents, Dignity Health surveyed American parents on dads’ responsibilities and on societal perceptions about what dads should be doing. The survey revealed that 7 out of 10 (69%) of fathers agree that men are getting more involved with raising kids with each new generation. Sixty-one percent of the dads surveyed said that they had changed or left jobs in order to spend more time with their kids.

Despite male parental roles growing, the perception of what men do as parents is still in need of help. Nearly one half of parents surveyed said that when watching their own kids, others characterized it as “baby-sitting.” Sixty-one percent of parents who responded said that generally, people are more supportive of mothers than fathers on prioritizing time with their kids.

The campaign culminated with a new ad, filmed with a real-life father and child, in support of men’s growing roles as parents.

Is true in your house? Share your thoughts in the comments.