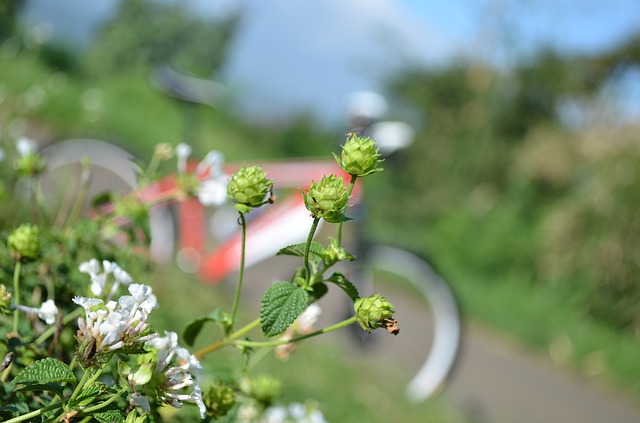 It’s the first day of Spring Break and that can only mean one thing: lots of me losing it.

Spring Break is really just for teachers. You give them a week off so they don’t murder anyone. I remember those days from when I was teaching. Veins would be popping out of your head the Friday before Spring Break and they only thing that could possibly get you through the day is the thought of getting sauced at happy hour as a celebratory kick off of the next week. I get it. I hear you, teachers.

I guess for responsible/planner type people, Spring Break is a holiday week when you go on vacay with your family but … not us.

My hypothesis (look how scientific and educated I am) is that the week will go a little something like this:

Monday: My kid will wake up and look for breakfast. Even though she’s perfectly capable of pouring herself some cereal or throwing some waffles in the toaster, something she’s watched on the Disney Channel has taught her that your mom is supposed to make some gourmet friggin’ breakfast for you on school vacation days. I’ll set her straight, remind her to put the dog out no less than four times as he whines to go for his morning pee. She’ll immediately ask me if she can have a sleepover with her friend and I’ll immediately blow her off with a “maybe, we’ll see … let me talk to her mom” answer. Please. Let me have a few obligation-free days without extra kids that expect me to entertain them like a goddamned circus clown. What is it with kids and “sleepovers?”

Ask the kid to stop playing ball in the house.

Ask the kid to stop playing BALL IN THE HOUSE.

She’ll ask to go outside and run our neighborhood like a wild animal with her friends, refuse to check in with me every hour like I request, not answer her cell phone when I call and give me enough anxiety to go search for her at least twice, positive that she’s been kidnapped or attacked by a coyote.

I’m taking an online training class mid-day Monday during which my child will interrupt fifteen times, asking for things she knows she can’t do/have, thus creating an argument.

“Can I ride to Wal-Mart on my bike and buy candy?” No.

“Can we jump off the roof into Jack’s pool?” No.

“Can I bring a gang of fifteen kids in the house so that we can play upstairs?” No.

I’ll have to admonish the dog about five times for excessive barking or just being a general a—hole in some way.

I’ll ignore phone calls since I’m in a training class and arguing with my kid. The she’ll cry and claim no one ever lets her do anything.

The kid will head back outside when another comes to the door and I’ll have 30 minutes of uninterrupted online training.

The kid will then come looking for lunch, but chicken nuggets or a turkey sandwich simply isn’t good enough today. What does she want? Doughnuts. Doughnuts for lunch.

Argue with the kid over why doughnuts for lunch isn’t happening.

I’ll surprise my husband by not making dinner (again – surprise!) since we have a birthday party at 6:30 and, after using said birthday party to threaten the kid with all day long, we’ll go anyway because even I get bored saying “change your attitude or you’re not going anywhere tonight.” I know damn well we’re going because I need to get her out of the house, annoying someone else.

We’ll go to the kid’s birthday party (which are normally the bane of my existence) after a quick stop at Sonic for a diet cherry limeade that I can quickly pour just enough vodka into to get by.

Quickly worry about being judged for showing up at Sonic three days in a row for a diet cherry limeade that they know damn well I’m pouring SOMETHING into (mostly because of the bottle in my bag). Decide that I don’t give a F and they don’t know my life. Scowl at the girl at the window in case she thinks I care about being judged. F her.

Go back through the Sonic drive-thru because I forgot I have to feed my kid dinner because it’s the law. Almost feel guilty about another kid’s meal but ultimately decide that I don’t care today. We’ll do better tomorrow.

Kid’s birthday party. Consider throwing myself in front of a train instead of interacting with other birthday party parents. Stare at my phone for two hours and hope it all ends soon, lest I end up whimpering in the shower over forced parental social interaction ala The Crying Game.

Head back home at 8:30 p.m. and field more questions about a sleepover.

Field questions about going to get frozen yogurt.

Tell kid she’s got to take a shower because she’s dirty and sweaty and PEOPLE JUST SHOWER EVERYDAY. Argue for fifteen minutes over why daily showering is necessary even though she “doesn’t even stink.”

Argue for another fifteen minutes about whether she has to wash her hair or not. Eventually concede because I. JUST. CANNOT.

Ignore more phone calls but answer all texts. SAVE ME!

No bedtime since it’s Spring Break and she didn’t wake up until 9 a.m. instead of 6 a.m.

Scream at the top of my lungs for everyone to LEAVE ME ALONE because this is the time I watch Vanderpump Rules and Summer House. JUST GO AWAY.

Accept that the DVR is recording and give up.

The house becomes quiet so I attempt to write.

Lola and her dad decide to play some loud game of screaming and running around the house like banshees while the dog barks uncontrollably in the backyard.

I make some guttural noise of annoyance and scream again.

I pretend I have to poo and sit in the bathroom for thirty minutes avoiding social interaction.

So there it is. And that’s only Monday. Somebody probably needs to do a welfare check on us mid-week or so.

How are you spending your Spring Break? 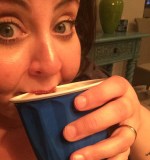 DL is blogger, freelance writer and a thirtysomething mom who likes bad words and cold drinks. Aside from ruining the ‘burbs, she enjoys performing downright disrespectful karaoke, ranting about politics and pop culture and hoping plans get canceled ... unless they involve dinner.
MORE FROM Danielle:
Mom Tinder, The Lazy Chef, Gex-Xers vs Millennials
Red Tricycle > Spoke Contributor Network > (Barely) Surviving Spring Break with Kids at Home