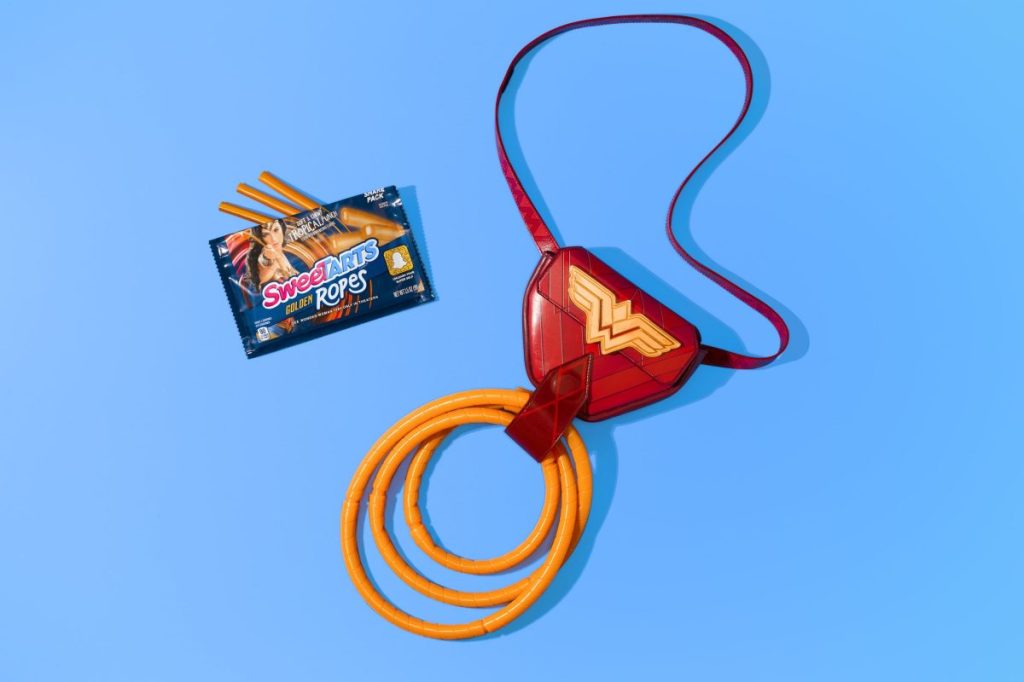 Just like Diana Prince and her alter-ego, Wonder Woman, the new SweeTARTS Golden Ropes encourages fans of the sweet and tart treat to always “Be Both.”

“This partnership is a great fit because SweeTARTS stands for being more than one thing: sweet and tart, long and short, soft and chewy. Wonder Woman embodies that same idea of duality with her strength and wisdom, power and justice, and courage and truth,” said Ashley Incarnato, senior brand manager for SweeTARTS. “Our ‘Golden Ropes Holder’ is more than just one thing, too! It is a candy dispenser and a collectible for Wonder Woman fans. The ‘Golden Ropes Holder’ is the perfect vessel to hold your Golden Ropes while watching the all new Wonder Woman movie.” 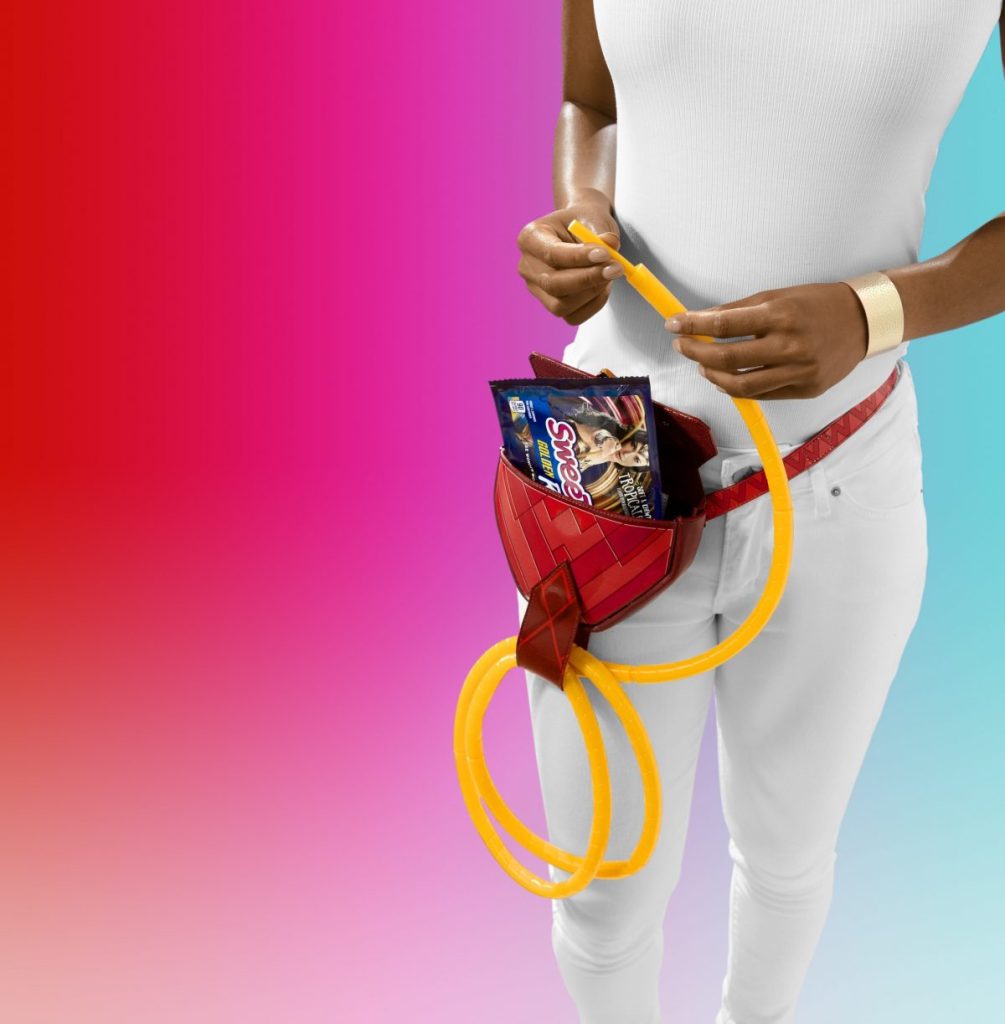 SweeTARTS created the “Golden Ropes Holder” in partnership with the film’s award-winning costume designer, Lindy Hemming, to help fans showcase their passion for Wonder Woman and unleash their own inner superheroes. Fans can load their SweeTARTS Golden Ropes into the detachable candy dispenser, enabling them to wear their new favorite candy right at their hip, just like how Wonder Woman carries her golden Lasso of Truth. Inspired by the design of the Super Hero’s iconic costume, the “Golden Ropes Holder” is crafted from vegan leather, designed in the signature ‘W’ pattern seen emblazoned on Wonder Woman’s armor and can function as a belt bag or cross body satchel.

Starting Mon., Jul. 13, lucky fans have the chance to win this special collector’s item, not available for purchase, when they go to the @SweeTARTSCandy Instagram page and “lasso” (tag) a friend with the circle star emoji .

All photos courtesy of SweeTARTS