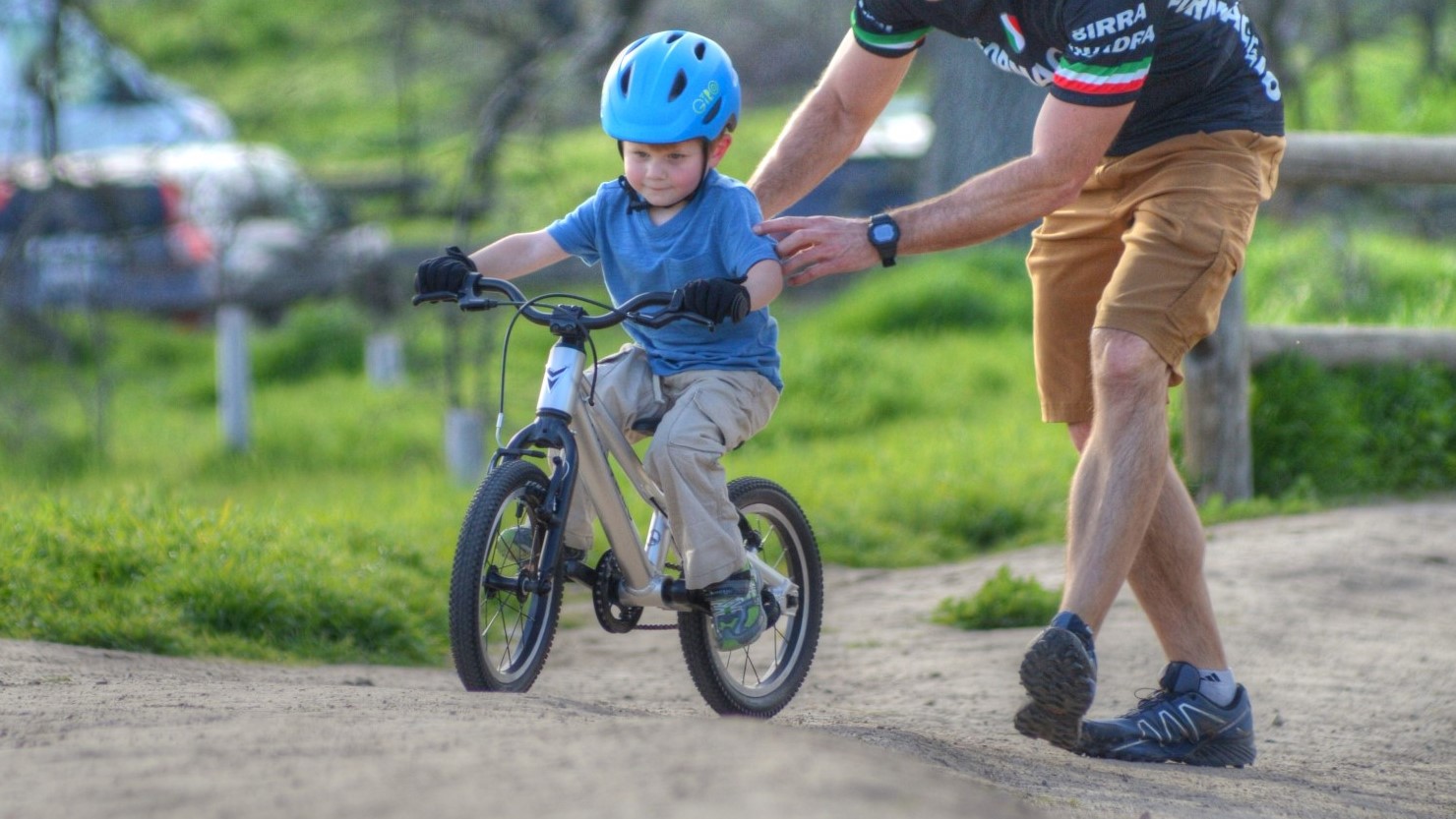 The moment a kid learns to ride a bike is an amazing moment for both kids and parents. It’s one of those moments that is almost guaranteed to get shared on Facebook. But the lead up to that magic moment, the process of a child learning to ride a bike and of a parent teaching a kid to ride a bike, is often difficult and brings out emotions in children that can test parents. I’ve taught many kids how to ride bikes, and while I’m not a child psychologist (or any kind of -ologist that they give you a degree for), I’ve noticed several emotions that regularly pop up when kids are learning to ride. With empathy, patience, and thoughtfulness, many of these emotions can be eased, making the process easier for kids and less stressful for parents.

There’s a reason that we use the saying “It’s like riding a bike” to describe things that once learned are forever intuitive.  Once you learn how to balance a bike, going forward the balance is accomplished subconsciously. The skill seems as easy and intuitive as walking. But because riding seems so intuitive once learned, we tend to forget just how frustrating it is to learn the skill in the first place. People who know how to ride and are watching people learning will often cast the skill as simple, as something that will just “click” if the learner would simply be open to the experience.

But learning to ride a bike requires your brain to learn how to run rapid and complex calculations in order to balance. As intuitive as it may seem once learned, it’s a complex skill to learn.  If a child shows signs of frustration, they need to know that the frustration is normal and part of the process. That if they keep trying, they will learn it. But casting the skill as simple and intuitive does little to calm the frustrations of a child struggling to learn the skill (imagine struggling to learn to ride a unicycle while your spouse is standing next to you telling you how easy it is). Children need positive reinforcement for their effort and empathy for their frustration, not reminders that others find the elusive skill easy.

Asking a child to learn on a bike with pedals before they have mastered balance can compound this frustration. I’m an advocate of starting young riders on bikes without pedals so they can learn balance before they worry about learning how to pedal. Children can learn balance on either a balance bike, or a pedal bike with the pedals removed. If children don’t know how to balance, the pedals themselves become a source of frustration. When learning balance, children need to put their feet down frequently both to stabilize themselves and to propel themselves.  When pedals are on a bike during this process, a child’s feet can get tangled with the pedals causing unnecessary falls. Pedals also tend to knock against shins and calves causing avoidable scrapes and bruises. So if a child doesn’t know how to balance yet removing the pedals and letting them focus on balancing not only removes a frustrating element, but it will likely accelerate their pursuit of balance.

Fear of falling is a common emotion for children to encounter when learning to ride. On its face, this seems like an easy emotion to understand – children are afraid that their little two wheeled vehicle is going to tip over and that their flesh is going to have a rather unfriendly rendezvous with asphalt.  But the nuances of this fear, the details of the root cause, are often difficult for parents to empathize with.  It’s rational to think children are afraid that they are going to fall because a bicycle has two wheels and things with less than three wheels tip over if not balanced.  But most children have little fear of balance bikes, which also have two wheels. This is a good indication that, for many children, the fact that they are sitting on a two wheeled vehicle is not alone the source of the fear.

However, balance bikes are designed so that children can get their feet on the ground when in the saddle (this is a necessary design element on balance bikes because feet on the ground provide the propulsion on the balance bike). By comparison, many kids’ pedal bikes position the child high off the ground. Often the child cannot get both feet on the ground while in the saddle, which makes the child feel out of control. On top of that, kids’ pedal bikes tend to be heavy relative to the body weight of the rider, which can make young rider feel that if the bike starts to tip, it will be too heavy for them to do anything about it (and that if they hit the ground, they are going to share the experience with a heavy metal object).

To get a little bit of sympathy for the predicament young riders are often put in, take your body weight, divide it half. Now imagine riding a bike that weighs that much.  Now imagine that it’s your first time ever riding a bike, and you are doing it on that bike. Unfortunately, many kids bikes put children in this exact situation.

A bike that is light and lower to the ground is easier for a child to control. And that in turn makes the child confident and less scared. So if your child is showing signs of fear when learning to ride, take a look at their bike. The bike should ideally weigh no more than one-third of their body weight. And ideally, for the first bike, the rider should be able to get both feet flat on the ground while seated in the saddle.

It’s not uncommon for children to show disinterest in bike riding. There are two varieties of disinterest and it’s important to understand which variety your child is going through.

Disinterest Because it Isn’t Fun:  Some children, particularly young children, are genuinely disinterested because bike riding is an awkward, physically exerting and challenging activity, and they’d simply rather do something more familiar and/or less challenging. One tactic that helps motivate children who just aren’t into riding a bike is to get them around other kids riding bikes. Think of it as a bike playdate. Arrange a time to meet up with other kids at a safe parking lot or cul-de-sac with nothing but bikes. And let them at it. Children have a way of motivating other children in ways that parents never can.

Disinterest as a Defense Mechanism:  Many children who show disinterest, particularly older children, are using it as a defense mechanism.  Learning to ride a bike can cause scrapes and bruises. It can also be frustrating, and even embarrassing. Feigning disinterest is a way of avoiding all that hurt.  In these moments, children need their fear and frustration validated and addressed.  Be sensitive to what’s really bothering your child, and try to change the situation to help them. If they are scared of falling, try to make the bike less intimidating by picking a bike that is light and low and taking off the pedals.  If they are frustrated, they need their frustration validated. If they are embarrassed, teach them to ride someplace where no one is watching.

Be a rad parent.

I am a husband, dad to two boys, kids' bike geek, outdoor enthusiast, and self proclaimed taco aficionado.  I am passionate about getting kids on bikes - I think every time a child learns to ride, the world becomes a better place.  I make bikes designed specifically for kids (prevelobikes.com).
MORE FROM Jacob:
Get the Best Kids' Bike Fit, Why Kids are Better of Without Training Wheels, How Does a Rider Keep a Bike Balanced?
Red Tricycle > Voices Contributor Network > Teaching Kids to Ride a Bike Can Be Emotional—So I Learned to Just Go with It