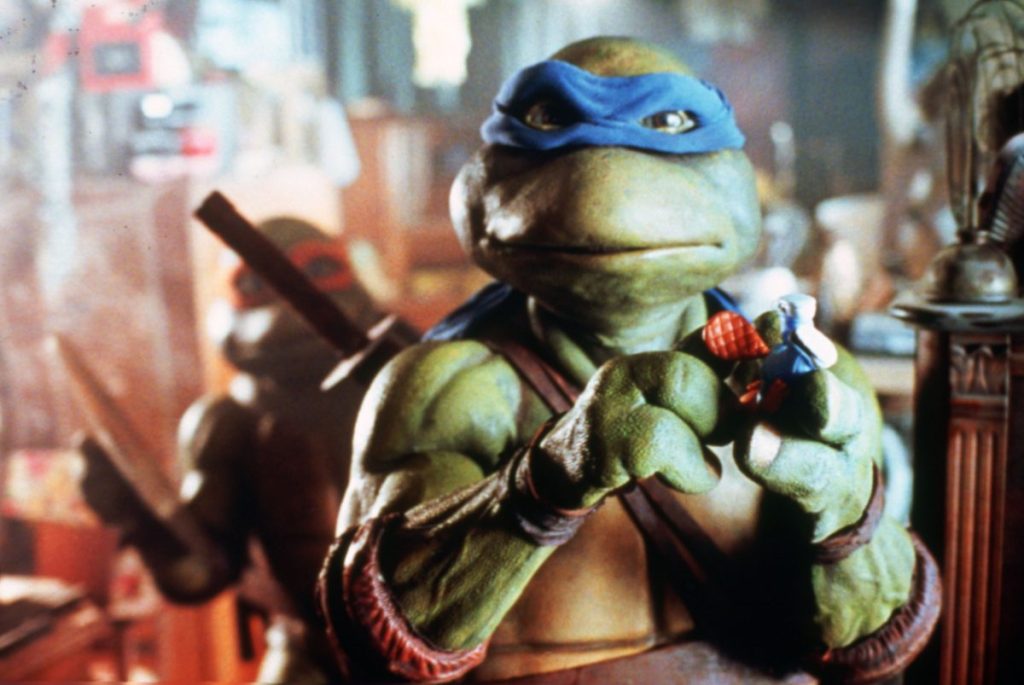 “We are excited to celebrate 30 years of a film that brings families together in a fun, entertaining and hilarious way,” said Fathom Events’ Vice President of Studio Relations Tom Lucas. “As audiences discovered in 1990, the adventures of the heroic turtles are truly meant to be seen on a giant screen in a darkened theater, so we hope audiences of all ages will make Leonardo, Donatello, Michelangelo and Raphael part of their entertainment plans.”

Adapted from the early Teenage Mutant Ninja Turtles comics with characters created by Kevin Eastman and Peter Laird, the movie achieved the then-seemingly impossible feat of bringing its reptilian heroes to full live-action with a team of puppeteers and a voice cast led by Brian Tochi as Leonardo, Corey Feldman as Donatello, Josh Pais as Raphael, Robbie Rist as Michelangelo and Kevin Clash as Splinter, the Turtles’ master. The film also features Judith Hoag and Elias Koteas.

Directed by Steve Barron, produced by Kim Dawson, Simon Fields and David Chan, with a story by Bobby Herbeck and screenplay by Todd W. Langen and Bobby Herbeck, the film opened on March 30, 1990, and immediately became the No. 1 film at the domestic box office, holding that spot for four consecutive weekends. Teenage Mutant Ninja Turtles would become one of the highest-grossing independent films to date.

The Most Anticipated Family Movies of 2020

The Best Movies to Watch with Grandparents