Last Halloween, my then 12-year-old son couldn’t decide whether or not he wanted to dress up for trick-or-treating.  The truth is, he WANTED to dress up, but wasn’t sure if other kids his age would be, as well. On the morning of Halloween he finally decided he wanted to dress up regardless of what the other kids were doing.  Of course, that left me little time to come up with one of my totally awesome DIY costumes. ;)  He suggested dressing as a werewolf and here is what I came up with: 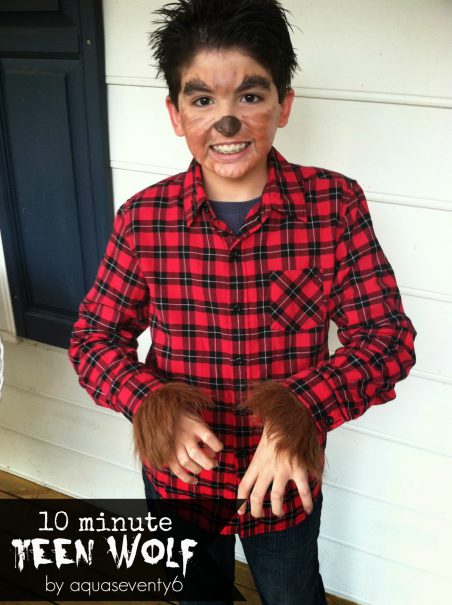 I had found some fur at the fabric store earlier in the month and picked up a remnant since he had been leaning toward werewolf IF he decided to dress up.  I cut the fur into wrist-sized rectangles and sewed on a small piece of elastic to the bottom so he could easily slip his hand through. We threw together a flannel shirt, some jeans, and I used two shades of brown eyeliner and lip liner to draw fur on his face and give him a wolf’s nose and bushy eyebrows.  I added a lot of gel to spike his hair and voila:  Ten Minute Teen Wolf! 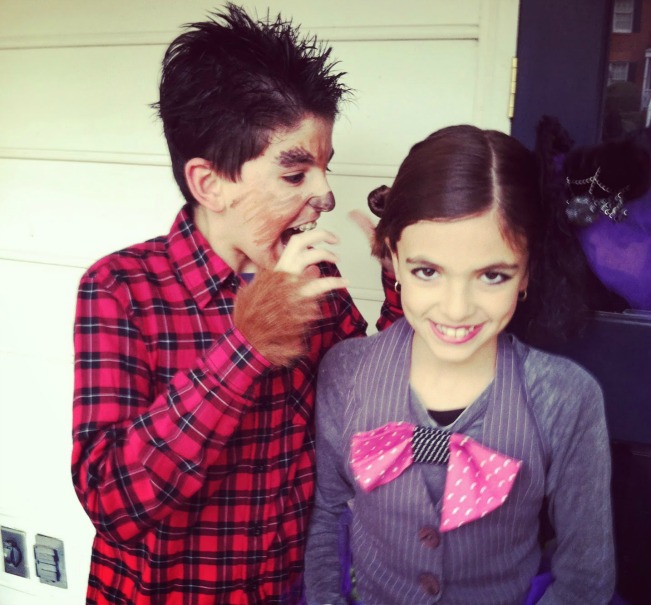 Here he his posing with his sister, the Mad Haute Mad Hatter (which is quickly becoming one of my most popular posts thanks to Pinterest!) So what is he going to be this year?  I hope I don’t find out on Halloween morning again! 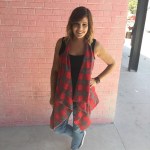 ABOUT THE WRITER Yvette Manes
AquaSeventy6