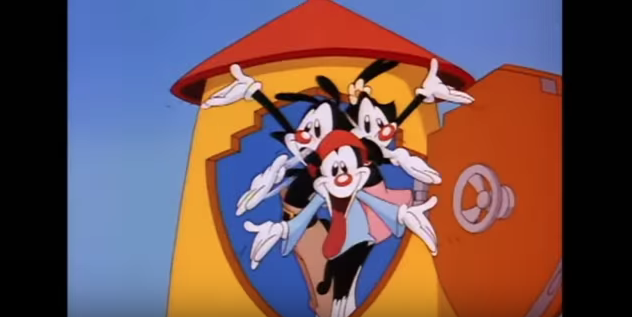 If you grew up in the ‘90s, then you likely spent many after school hours watching a line-up of cartoon hits that included Pinky and The Brain, Tiny Toon Adventures and the one that started it all, The Animaniacs. Those zany to the max Warner Brothers siblings who lived in the studio water tower are ready to escape again and give your own kids a taste of what comedy was like when you were growing up.

Hulu has just announced that it plans to revive The Animaniacs with a brand new series and has already committed to creating two seasons. The fact that the show’s original Executive Producer, Steven Spielberg, is on board for the new show certainly doesn’t hurt. The only bad news is you’ll have to wait all the way until 2020 for the new show to premiere.

Luckily while you wait, Hulu is now streaming all 99 episodes of the original show. Even better than that, they have also added Pinky and The Brain and Tiny Toon Adventures, both of which were spin-offs from The Animaniacs, to the streaming library. Give your kids an introduction to the classics and enjoy a trip down memory lane.

Do you remember watching these shows as a kid? Do you think your kids would like them? Share your excitement in the comments below.