The Top Page-Turners from BookExpo 2017

We poked our noses into the latest reads for kids at Book Expo2017 and couldn’t be more excited. Our list of must-haves includes big anniversaries, celeb authors, and bold new protagonists. Scroll down to see what caught our eye. 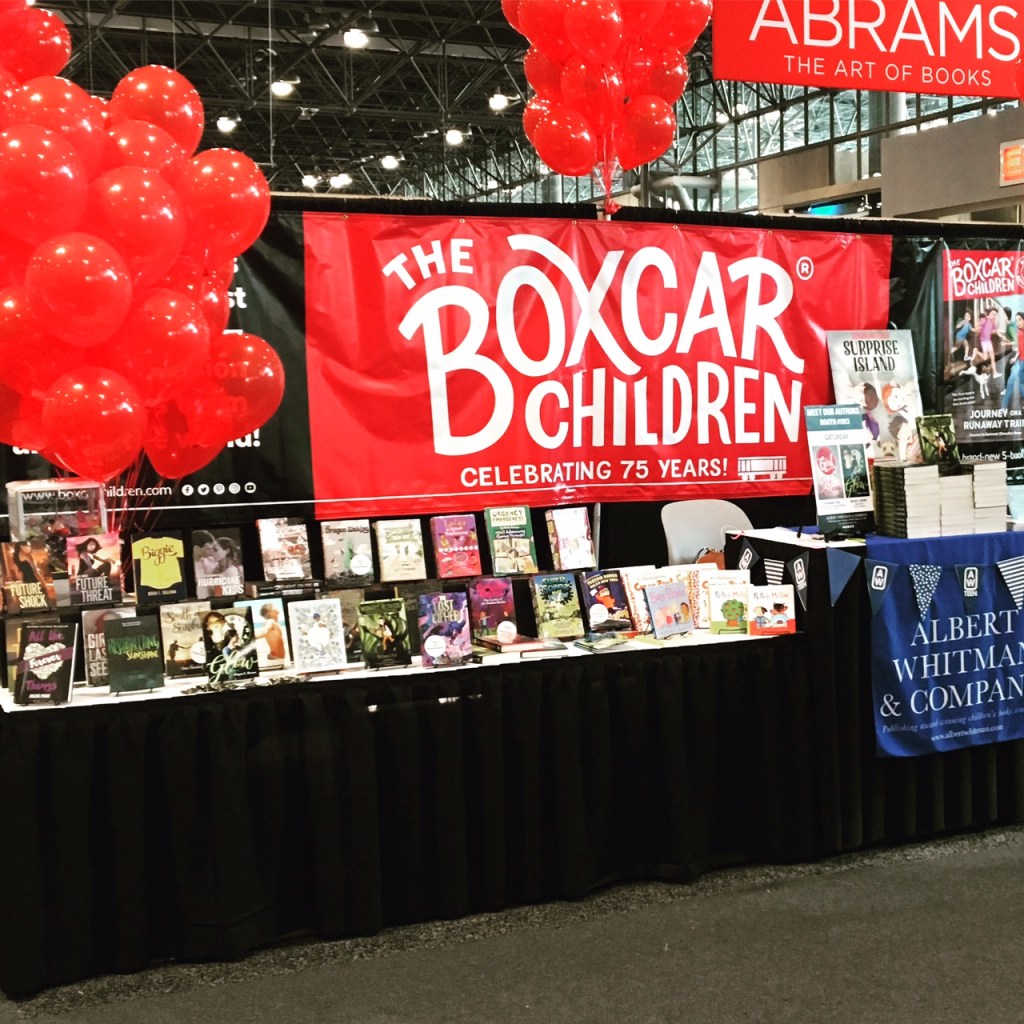 Little Golden Book is 75 in 2017! The iconic series has a year-long celebration lined up, including a nationwide bus, author tours, events at bookstores, and more. Check out littlegoldenbooks.com/events for the details.

The Boxcar Children series also turns 75 this year. In honor of the anniversary, your little readers can join the Alden kids for more thrilling adventures in a new mini-series that’ll take the sibs to all seven continents. You can buy the first in the series of five books on Amazon now. There’s a movie coming out this fall and, as if that’s not enough, there’s a fully illustrated edition of the first book coming out in November. More info can be found at boxcarchildren.com

Where’s Waldo is celebrating it’s 30th anniversary this year, and they have a special 30th Anniversary edition out.

Candlewick Press is celebrating its 25th Anniversary with the launch of My First Book Club, which will feature books geared towards early readers and aims to ignite a lifetime of loving to read.

Books about kiddos with disabilities were plentiful, and it was great to see how inclusive authors are trying to be. We loved the new series Celebrate! from MVPKids, in which 16 characters (either with a disability or have a sibling with one) are featured in nearly a dozen books celebrating different traditions and cultures in everyday settings. Insignificant Events in the Life of a Cactus comes out in September and features not one, but two lead characters with disabilities. The main character was born without arms and soon discovers her biggest challenges are those she gives herself. A must-read for middle graders in your life! 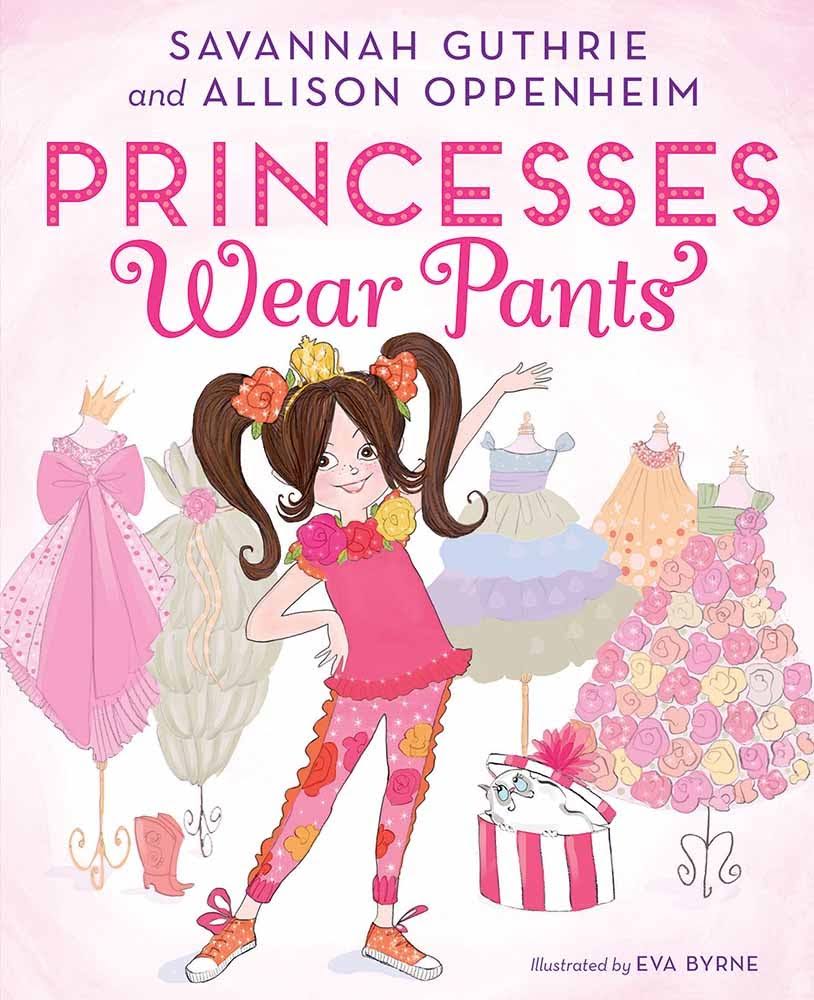 Savannah Guthrie showed off her new book, Princesses Wear Pants, to show little girls everywhere that dresses, sparkles and ruffles don’t have to reign supreme in their closet. Isla Fisher’s new book, Marge in Charge, was inspired by the bedtime stories she makes up for her kids at night about a mischievous babysitter with rainbow-colored hair. 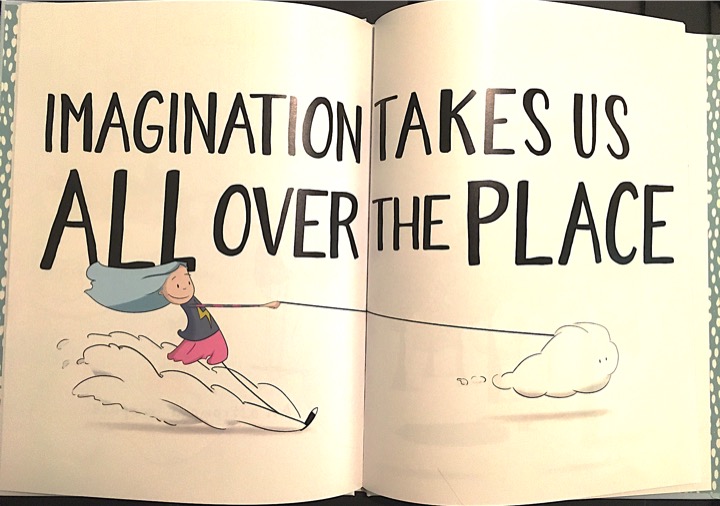 Other Reads That Caught Our Eye

Our Indie Favorite
The Adventures of Cloud Girl is a new independent book from two first-time authors. We were charmed by not only the refreshing way the story encourages the use of imagination but the lovely illustrations, too.The protagonist of the book (Susie) wants a pet but instead, adopts a cloud and names it Fluffy. Susie realizes Fluffy can become anything she wants it to be as it shifts shapes. This is is a bookshelf must.

The Book Written by the Author of Your Favorite Beach Read
In 2016, Jennifer Weiner (author of Good in Bed, In Her Shoes, etc.) started a kids’ series called The Littlest Bigfoot. The sequel, Little Bigfoot, Big City, comes out in October 2017.

The Most Buzzed-About Book
The Wonderling is a book about a one-eared, fox-like animal with a desperate desire to belong. It’s a debut novel from a new author, and it’s already been picked up by a movie studio, so you know it’s good. It will be released in September.

Highlights
Everyone’s favorite childhood dentist office magazine is not only still around (and awesome), but it’s launching a whole new line of educational books to make learning fun and help kids succeed in school. And the books are amazing—lots of pictures, color pages, fun activities. The Big Fun Pre-School Activity Book was a favorite.

The Best British Book
Lucky for everyone on this side of the pond, after a video of Tom Hardy reading a copy of You Must Bring a Hat! went viral last year, the adorable book from the U.K. was finally picked up for distribution in the U.S. It comes out in August 2017 and is available for pre-order on Amazon now.