The Day My Kids Discovered the Truth…About Chicken 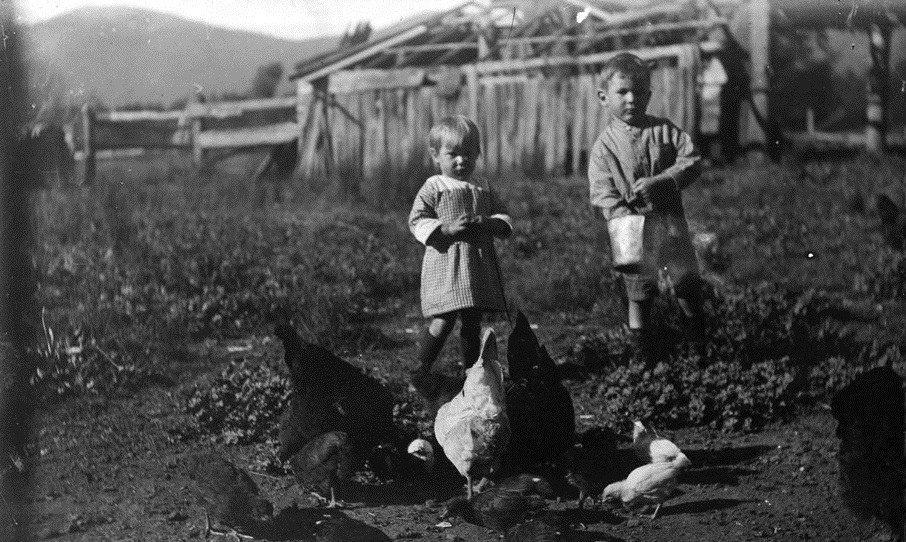 So, I spent most of my childhood pretty ignorant about animals and meat.  When I ate a burger as a kid (one of my favorite foods), I never thought that the meat that I was eating came from a cow. In my mind, the meat just appeared and was grilled.

I never looked at cows thinking:

“Hey Bessie, I can’t wait to have some of your parts ground up, formed into patties, and grilled!”

“Hello there big guy, I can’t wait to dive into your rib-eyes!”

Since childhood I have obviously learned where my meat comes from, but it’s not a topic of conversation I enjoy talking about.

Despite my own meat-animal denial, I could’ve sworn that I had the “where does meat come from?” conversation with my kids at least once. The Chick-fil-A billboards of the cows trying to convince us to “eat more chicken” has provided an entry point for questioning at least a few times. However, since my kids are already so picky about food, maybe I wasn’t explicitly clear with them for fear of turning them into vegetarians (not that there’s anything wrong with vegetarians, but my kids don’t eat vegetables. So that’s slightly problematic.)

So, even with the previous “where does meat come from?” conversations, my daughter asked me about it while I was cooking dinner the other night. I had set up the trusty old crockpot to make BBQ chicken. When I was pulling the chicken quarters out of the crockpot, the question came.

“Mom, what animal does BBQ chicken come from?”

“You know, what animal does BBQ chicken come from?”

“Ok, so where does the chicken come from? What animal?”

I started laughing. “Um, the chicken comes from a chicken.”

I’m dying at this point, but I refrain from laughing too hard. “Yes sweetheart, the chicken you eat comes from the animal of the same name.”

During dinner that night, I could tell that she stared at her BBQ chicken a little longer than she normally would and she appeared to grudgingly eat it. I’m pretty sure she was thinking about chickens while eating.

We had a wrap-up conversation after dinner about where most of our meat comes from so as to avoid any other uncomfortable dinner conversations in the future.

“Sweetheart do you know where bacon comes from?”

“What about pork chops?”

So, apparently I need to do better about teaching the kids where their food comes from. It’s funny the things that you think they know and then you are surprised to find out they’re absolutely clueless.

Here’s to chicken. The meat and the animal.

ABOUT THE WRITER Amy Stine
Tales From The Circus

I'm a full-fledged Texan that appreciates good tortillas, spunky eyeglasses and retro tennis shoes. I also love to have a good chuckle. I am somehow responsible for a fish, cat, puppy, 3 kids and a husband. My 8th grade teacher told me that I should be a writer. Now that I'm 40, I'm finally trying it.
Red Tricycle > Spoke Contributor Network > The Day My Kids Discovered the Truth…About Chicken